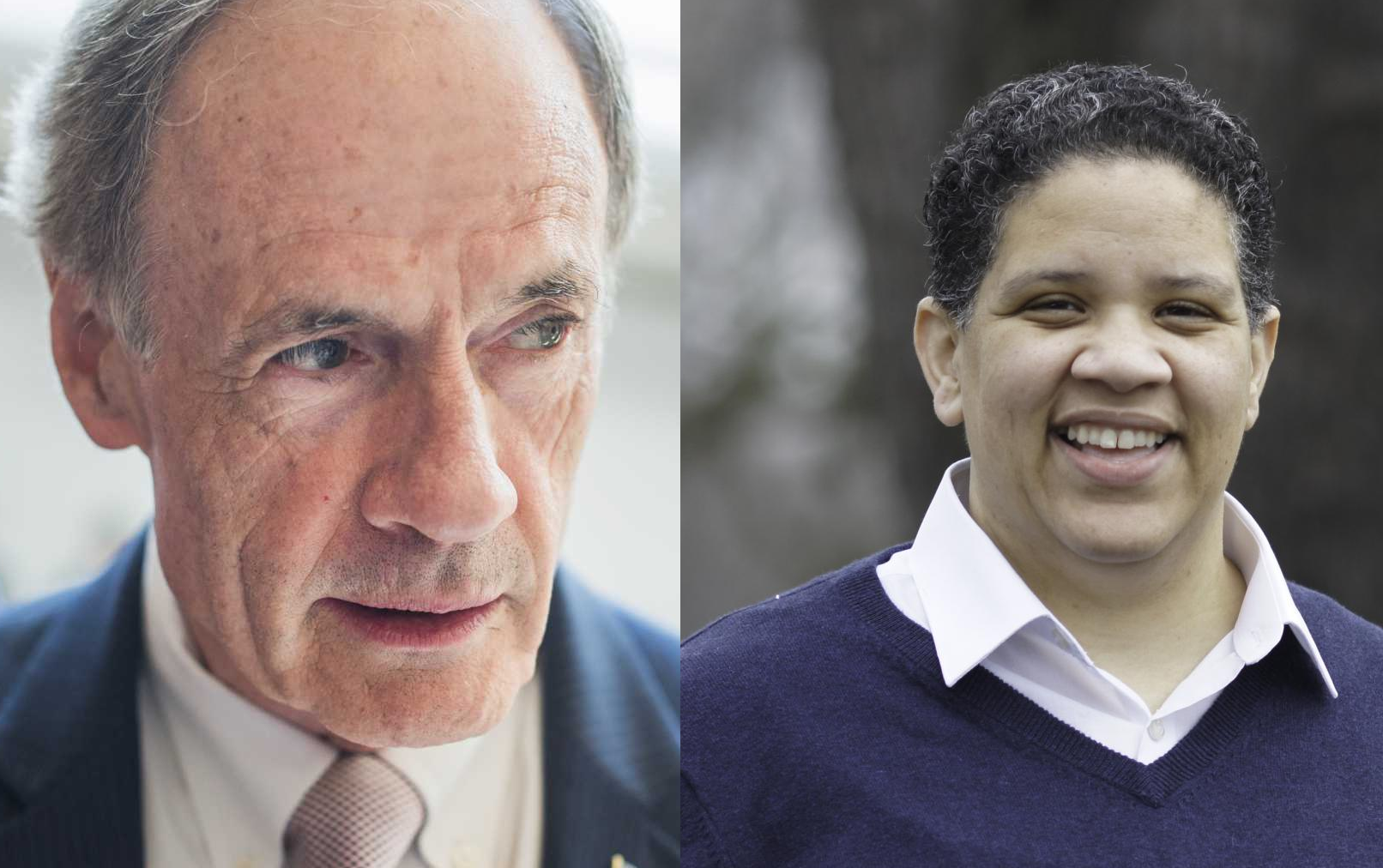 DelawareOnline.com and The News Journal (aren’t they the same thing?) will be sponsoring a debate in the U.S. Senate race that will feature a showdown between progressive challenger Kerri Evelyn Harris and U.S. Senator Tom Carper (D).

The debate will also somehow feature Republican candidate Gene Truono, but not his primary opponent Sussex County Councilman Rob Arlett, who has a scheduling conflict.  What is Truono gonna do? Debate himself, or debate Carper and Harris in a three person debate.  It looks like Truono will just be questioned alone by a panel of journalists and the audience, starting at 7 pm.  The Harris-Carper debate begins at 7:30 and will last an hour.  Also, in an election campaign, there is no event that you have that cannot be postponed or rescheduled in favor of a debate.  What event does Arlett have?  A fundraiser?  Meeting with Satan?   All can be rescheduled.   He is ducking the public and questions, plain and simple.  Not showing up for a debate is disqualifying.

When: Monday, August 27, 2018, 7 pm
Where: Cab Calloway School of the Arts, 100 N Dupont Road in Wilmington.
Registration Required to Attend:  To sign up, click here.
If you want to submit a question, click here.

Tomorrow, the Greater Hockessin Area Development Association is hosting a debate between the Senate candidates that will include Harris, Truono and Arlett, but apparently not Tom Carper.  Hey Carper, see my message to Arlett above.  The Senate is out of session.  You have plenty of money.  You have no excuse not to be at this debate.

3 comments on “U.S. Senate race has 2 upcoming debates and Carper will shockingly appear in one”