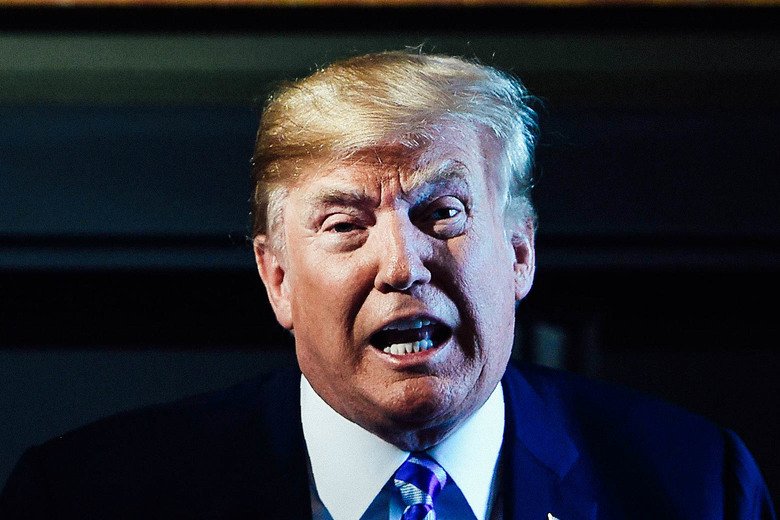 So I guess it is Omarosa Week.   “A daily trickle of revealing internal conversations between staffers. Growing anxiety about what one might have once said. No sense of how long it will go on.” Politico reports.  “Omarosa Manigault Newman’s slow release of secretly taped conversations from inside the Trump campaign and White House is having the same effect on staffers as the daily dumps from WikiLeaks had on Hillary Clinton’s 2016 campaign, when chairman John Podesta’s emails were trickled out during the final stretch of the race.”

A new recording obtained by CBS News seems to back up Omarosa Manigault-Newman’s story in her new book, Unhinged, that several Trump campaign advisers discussed an alleged tape which had Donald Trump saying the N-word during the 2016 presidential campaign.  Trump campaign advisers denied yesterday that any conversations took place but the new recording “appears to confirm Omarosa’s claims that Trump campaign officials were aware of a tape in which then-candidate Trump uses a racial slur, and they talked about how to handle it.”

White House Press Secretary Sarah Sanders told reporters that she “can’t guarantee” that President Trump has never used the “N-word,” but said that she has never heard him say it, ABC News reports.

“The only people still laboring under the delusion that Trump lacks the animus to use a racial epithet are some of the people who voted for him. It would be naive to think that a mere recording of him using it would alter that.”

The majority of the country already knows Trump is racist, but seeing him use the N-word would take it to a new level.  Of course, Trump’s base may not care at all. In fact, they may love it because they resent that “political correctness” doesn’t allow them to use the word themselves.  But even if such racism fires up his base, it will kill him among suburban Republican voters who hate to vote for him and couldn’t vote for Hillary.  It will supercharge the African American vote against him.   And it will end his businesses.

The fix is in: Trump will pardon Paul Manafort, predicts @paulwaldman1:https://t.co/eIHyJdUP3z

Susan Glasser: “I’m going to type it out one more time: the President of the United States called someone a ‘dog’ on Twitter Tuesday morning. I wasn’t surprised, and, as appalling as it was, the early-morning tweet wasn’t treated by most Web sites and cable-news operations as the top news of the day. Those tended to focus on the arbitration case that Trump’s 2016 campaign filed against Manigault-Newman for allegedly violating her nondisclosure agreement or the about-to-conclude money-laundering trial of Trump’s former campaign chairman, Paul Manafort, who may be so confident in a Presidential pardon that his defense has rested without even mounting a case or calling any witnesses.”

“But are we so numb to Trump’s rhetorical outrages that we can’t still be a little bit horrified by them?”

Trump notoriously likes to use his pardon power. But when it comes to his former campaign chair, that won't make his problems go away. https://t.co/DETv3bzQQC

In a signing statement for a $716 billion defense policy bill, President Trump “raised objections to 52 provisions of the law – including four of the eight provisions dealing specifically with Russia. The signing statement suggests he may not enforce provisions that he said raise constitutional concerns,” USA Today reports.

“As passed by Congress, the defense bill attempts to tie the president’s hands on Russia in a number of ways. It forbids him from using federal funds to recognize Russian control over Crimea and bans military cooperation with Russia until Russia pulls out of Ukraine.”

Trump said those provisions undermine the president’s role “as the sole representative of the nation in foreign affairs.”

Treason.  And another Article of Impeachment to be added to the pile.

Right before the Senate casts its judgment on Brett Kavanaugh — and voters cast theirs on the congressional GOP — the White House and its allies will be making the Democratic Party’s case against both for it https://t.co/Yjh4tkweY4

Sen. Doug Jones (D-AL) “was heckled at a town hall meeting Monday night in Birmingham when a woman threw a pair of stuffed lips in the senator’s direction while venting her anger that Alabama’s junior senator is keeping an open mind on U.S. Supreme Court nominee Brett Kavanaugh,” the Birmingham News reports.

A new Quinnipiac poll finds that just 31% of American voters like President Trump as a person, while 59% dislike him.  Republicans like Trump by a 66% to 24% margin, the only listed party, gender, education, age or racial group which likes him.  Meanwhile, Trump currently has a 41% to 54% job approval rating, including 48% who disapprove strongly and 30% who approve strongly.

The Trump administration believes that kneeling during the national anthem is a grievous insult to America's troops — *and* that the government is making it far too difficult for payday lenders to trick veterans into usurious loans. https://t.co/Cray84QM6j

“Defense attorneys for Paul Manafort rested their case on Tuesday without calling any witnesses or having the former Trump campaign chairman testify in the trial where he is accused of bank and tax fraud,” Reuters reports.

“At the same time, the judge overseeing the trial rejected Manafort’s motion to throw out the 18 charges against him.”

“Now, the people behind that effort are at the center of a fractious debate among conspiracy enthusiasts, some of whom believe the three people who first popularized the Qanon theory are promoting it in order to make a living. Others suggest that these original followers actually wrote Q’s mysterious posts.”

“While the identity of the original author or authors behind ‘Q’ is still unknown, the history of the conspiracy theory’s spread is well-documented — through YouTube videos, social media posts, Reddit archives, and public records reviewed by NBC News.”

My sad reflections on where we have come to on judicial confirmations. Just in case there are still people on Twitter who aren’t mad at me: https://t.co/rgEduaTTEt

Omarosa told MSNBC that she has spoken to special counsel Robert Mueller’s office and “there was a lot of corruption” in the campaign and the administration.  She also claimed Donald Trump knew about the hacked Democratic emails before they were released by WikiLeaks.

Bradley Moss: “What is concerning here is the continuous and repeated appearance of political considerations seeping into the traditionally apolitical disciplinary process at the FBI. President Trump made no bones about his distaste for Agent Strzok, just as he similarly publicly criticized Director Comey and Director McCabe prior to their terminations. All three men played or were still playing a role in the investigation into the president’s campaign before they were fired.”

“With the firing of Peter Strzok, the president’s purge of senior FBI leadership who helped launch that investigation is now complete. For those wondering whether Trump would allow the bureau to do its job without political interference from the White House, I think we have our answer.”

Nancy Pelosi's skill as a parliamentarian is unquestionable. But while Pelosi and her fellow leaders held onto power, the party’s backbench has withered. https://t.co/wbJFNF7Ge8 pic.twitter.com/xlQSzwZaCl

A new CNN poll finds that just 34% of Americans approve of President Trump’s handling of the Russia investigation as compared to 55% who disapprove.

In addition, 56% believe Trump has interfered with the investigation while just 38% who say he has not. And 58% say this is a serious matter that should be investigated while only 37% who think it’s mainly an effort to discredit Trump.

Greg Sargent: “Trump is losing every single public argument about the Mueller probe.”

It appears that Roger Stone has deleted this photo of him and Trump as the "Space Force" wearing uniforms clearly emblazoned with swastikas. https://t.co/uracvyLxfB pic.twitter.com/dzWHoWOKro

Roger Stone shared an image on Instagram of himself, President Trump and several other Trump allies wearing spacesuits with swastikas on them.  Said Stone: “I love this — proud to be in this crew — but the only lies being told are by liberal scumbags.”  He’s since deleted the image.

“The West Virginia House of Delegates voted late Monday night to impeach all of the justices on the Supreme Court, a decision prompted initially by reports of extravagant spending on office renovations,” the New York Times reports.

“In a series of votes that frequently fell along rough party lines, lawmakers approved 11 articles of impeachment against the four sitting justices, sending the process on to the State Senate.”

Charleston Gazette-Mail: “Throughout debate on the articles, leaders in the Republican-majority House said they would work through midnight to finish the work amid arguments from House Democrats that the presentation of the articles was done in a way that would allow Republican Gov. Jim Justice to appoint four justices on the five-member court for the next two years.”

Playbook: “This is the second time President Trump has been entangled with a woman who is equally adept at playing the media. First it was Stormy Daniels. Now it seems like Omarosa has gotten in Trump’s head.”

“Omarosa is someone who has known the president for years, and she has gone rogue. She’s publicly said she has betrayed Trump and the White House in the worst way — by surreptitiously recording what seems to be hours of private conversations that she might or might not release depending how events unfold. Oh, and by the way, she said on “Hardball” last night that she’d be glad to pass the tapes over to Robert Mueller should he ask.”

“She is making it clear that she is in control — not Trump and the White House. Buying her silence didn’t work. John Kelly’s suggestion she go quietly obviously fell flat. The president’s brand is savvy and strength, and Omarosa is putting him back on his heels. In that, Trump risks looking weak.”