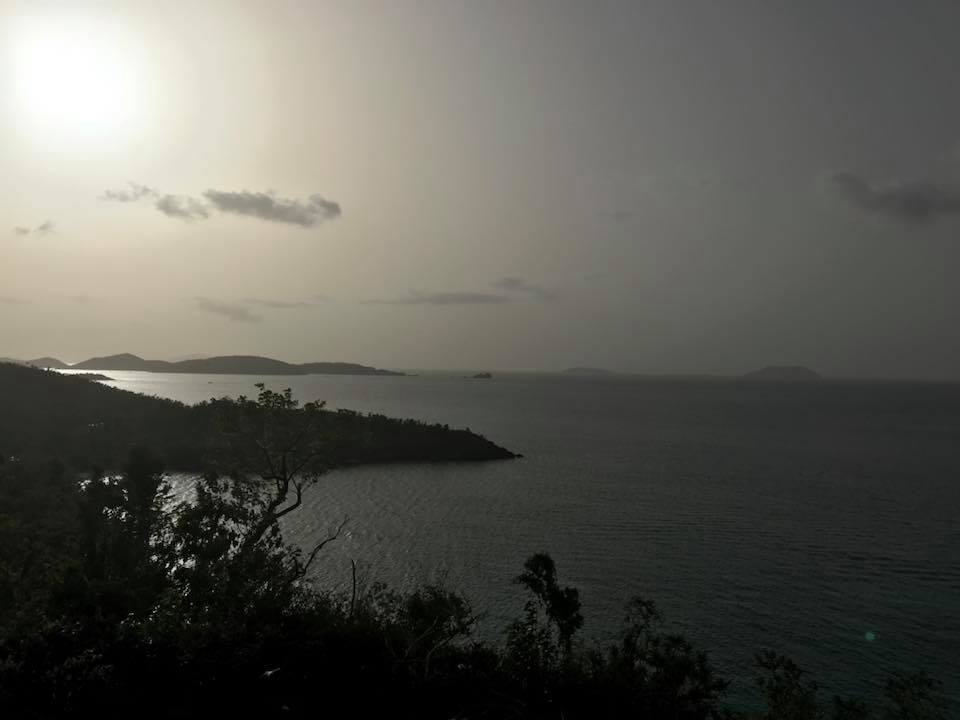 Washington Post: “The tight race between Democrat Danny O’Connor and Republican Troy Balderson in a deep-red Ohio House district Tuesday reinforced a trend that has been developing for more than a year: Democrats are routinely beating their 2016 performance by double digits — putting the House and perhaps even the Senate within their grasp in November.”

“In Ohio’s 12th Congressional District, which encompasses the northern suburbs of Columbus and rural expanses to the east, voters preferred President Trump by 11 points and GOP Rep. Patrick Tiberi by 37 points in 2016. But with the race too close to call late Tuesday night, those voters showed a marked shift away from Republicans.”

Micah Cohen: “Ohio 12 looks to have shifted by about 13 points towards Democrats relative to its partisan lean (how we would expect it to vote in a neutral political environment)…  That’s just about in line with Democrats’ average overperformance in these elections in the Trump era. Special elections have been a good sign for Democratic midterm hopes for awhile now, and Ohio 12 was no exception (even if Balderson hangs on).“

ProPublica: “Last February, shortly after Peter O’Rourke became chief of staff for the Department of Veterans Affairs, he received an email from Bruce Moskowitz with his input on a new mental health initiative for the VA… O’Rourke treated the email as an order, but Moskowitz is not his boss. In fact, he is not even a government official. Moskowitz is a Palm Beach doctor who helps wealthy people obtain high-service ‘concierge’ medical care.”

“More to the point, he is one-third of an informal council that is exerting sweeping influence on the VA from Mar-a-Lago, President Trump’s private club in Palm Beach, Florida. The troika is led by Ike Perlmutter, the reclusive chairman of Marvel Entertainment, who is a longtime acquaintance of President Trump’s. The third member is a lawyer named Marc Sherman. None of them has ever served in the U.S. military or government.”

“Michigan voters chose experience in the gubernatorial race, an about face two years after helping elect President Trump and eight years after picking term-limited Gov. Rick Snyder, neither of whom had held political office.”

“Whitmer, who spent 14 years in the state Legislature, held off a late push by former Detroit health director Abdul El-Sayed, a favorite of the progressive left, and Ann Arbor Entrepreneur Shri Thanedar.”

New York Times: “The most significant harbinger from the Ohio race may not be the narrow margin, but the turnout gap between the most and least heavily populated parts of a district that absorbs the close-in suburbs of Columbus and rural stretches of central Ohio.”

“In both Franklin County, which includes Columbus, and Delaware County, the fast-growing suburb just north of Ohio’s capital, 42% of voters turned out. But in the five more lightly populated counties that round out the district, turnout ranged from 27 to 32%.”

“This is an ominous sign for Republicans: The highest-income and best-educated elements of the electorate — those deeply uneasy with President Trump — are showing the most interest in voting.”

”Candidates backed by Emily’s List, which endorses women and sometimes clashes with the left, bested left-wing challengers in three southeast Michigan districts; at least two are seen as toss-ups in November. Early Tuesday evening, just one Sanders-backed candidate in a competitive primary was in the lead; Brent Welder, a labor lawyer running in Kansas’s 3rd Congressional District, benefited from a crowd of five less-liberal candidates who split the vote.”

Playbook: “Republicans avoided a multi-faceted disaster last night. If they lost, money would’ve gone dry… Balderson’s tight-as-a-tick victory should put all GOP incumbents on notice that this is a very challenging electoral climate. It’s the second-tier candidates — the R+5s to R+10s — who need to watch their backs. Endangered incumbents are already well aware they have races.”

“Moral victories warm hearts, but don’t win power back. Democrats will take solace that they kept this thing close. But the reality is: Dems have flipped a total of one single House seat in nine special elections since Trump became president. We’re not saying they don’t have an extremely favorable electoral climate — they do — but near victories don’t count.”

However: “The GOP has so far overcompensated for a bad environment — and bad candidates — by spending heaps of money. They spent $3.1 million here and $3.5 million in an unsuccessful bid to drag Rick Saccone over the finish line against Conor Lamb. There is simply no way they can keep doing that.”

A new Daily Beast/Ipsos poll finds that 43% of self-identified Republicans said that they believed “the president should have the authority to close news outlets engaged in bad behavior.” Only 36% disagreed with that statement.

When asked if President Trump should close down specific outlets, including CNN, The Washington Post, and The New York Times, 23% of Republicans agreed and 49% disagreed.

“The legal pressures facing Michael Cohen are growing in a wide-ranging investigation of his personal business affairs and his work on behalf of his former client, President Trump,” the Wall Street Journal reports.

“In previously unreported developments, federal prosecutors in New York are examining whether Mr. Cohen committed tax fraud… Federal authorities are assessing whether Mr. Cohen’s income from his taxi-medallion business was underreported in federal tax returns… That income included hundreds of thousands of dollars received in cash and other payments over the last five years.”

“Prosecutors also are looking into whether any bank employees improperly allowed Mr. Cohen to obtain loans for which he didn’t provide adequate documentation.”

Robert McCulloch, the lead prosecutor of St. Louis County and the man many blame for failing to get justice after Michael Brown, an unarmed black teenager was shot by police in 2014, was unseated Tuesday night by challenger Wesley Bell, the St. Louis Post-Dispatch reports.

“Political observers gave Bell little chance, saying that McCulloch’s 28 years in office and fundraising advantage made it nearly impossible for Bell to win.”

North Carolina congressional nominee Mark Harris (R) “on multiple occasions — as a preacher and political candidate — has said that women should submit fully to their husbands and that he believed homosexuality is a choice,” Roll Call reports.  Harris faces Dan McCready (D), “a Marine veteran and business owner, in this once-thought safe Republican district that stretches along the South Carolina border from the wealthy suburbs of Charlotte to Fayetteville.”

White House national security adviser John Bolton told Fox News that North Korea has not made progress toward denuclearization, in stark contrast to President Trump’s claims of an agreement with Kim Jong Un.  Said Bolton: “The United States has lived up to the Singapore declaration. It’s just North Korea that has not taken the steps we feel are necessary to denuclearize.”

Sen. Lindsey Graham (R-SC) said that he has told President Trump that ending the special counsel investigation of Robert Mueller would undermine GOP chances in November, Roll Call reports.  Said Graham, who played golf with Trump over the weekend: “He must have mentioned that about 20 times.”

“How in the world could he ever cooperate and sit down with Mueller for an interview knowing that if you tell one lie to Bob Mueller, he will move to file charges?”

— Fox News host Dagen McDowell, on Fox News, on why President Trump shouldn’t agree to an interview with the special counsel.

Caitlin Owens: “Many Republicans assume their party will take another stab at repealing and replacing the Affordable Care Act if the midterm elections go their way, even though GOP candidates aren’t making a big deal about it on the campaign trail.”

Said one GOP operative: “Repeal is like fight club. First rule is not to talk about it.”

Politico: “Trump’s poll numbers, while still hitting a ceiling below 50 percent, in the year since Charlottesville have climbed up to a high of 44%, according to a recent NBC News/Wall Street Journal poll. Trump is in high demand as a campaign surrogate among Republican candidates.”

“His supportive gang of Fox News hosts have become more ethno-nationalist in their rhetoric than they were a year ago. Meanwhile, Trump himself is less constrained than he was after Charlottesville. At his campaign rallies and on Twitter, he has become more unadulterated in his critiques of what he calls the ‘fake news’ media.”

“The advisers who tried to serve as a check on his rash impulses have since left the administration and have been replaced with people more likely to let Trump set his own agenda. And, as he did on Friday, the president has continued to inflame racial tensions — something Democrats and Republicans alike see as fundamental to his power.”

“The Democratic Party’s top stars have their reasons. Several say they are focused on ensuring the party is successful in regaining control of at least one chamber of Congress in the midterm elections. Some will be on the ballot themselves in November so they must lock down their own victory before being so bold as to go to Iowa.”

“Still, their absence surprises veteran Democratic activists and stokes the perennial worry about the future of the state’s early status.”

Insiders tell Mike Allen they believe President Trump will wind up giving an interview to special counsel Robert Mueller.  “Trump wants to, he thinks he can make his own best case, and no one around him can restrain him.”  Said one associate: “He just can’t help himself.”

“Apple has removed the entire library for five of Infowars’ six podcasts from its iTunes and Podcast apps,” BuzzFeed News has learned.

“Among the deleted podcasts are the show ‘War Room’ as well as the popular Alex Jones Show podcast, which is hosted daily by the prominent conspiracy theorist.”

“Apple’s decision to remove all episodes of Jones’ popular show — rather than just specific offending episodes — is one of the largest enforcement actions intended to curb conspiratorial news content by a technology company to date.”

Elizabeth Drew: “Ever since our forty-fifth president was elected, tourism to the United States from foreign countries has steadily dropped—in the face of a world-wide boom in travel—and the authoritative U.S. Travel Association has just provided me with figures projecting a further drop in 2018, from a share of worldwide tourism of 12.0 percent in 2017 to 11.7 percent this year. And this is after a drop in Trump’s first year in office from 12.9 percent. Though the numbers and differentials look small in percentages, they are large in terms of dollars not spent here by foreign tourists and they have serious negative implications for jobs not created.”

Frank Rich: “The mood in America is arguably as dark as it has ever been in the modern era. The birthrate is at a record low, and the suicide rate is at a 30-year high; mass shootings and opioid overdoses are ubiquitous. In the aftermath of 9/11, the initial shock and horror soon gave way to a semblance of national unity in support of a president whose electoral legitimacy had been bitterly contested only a year earlier. Today’s America is instead marked by fear and despair more akin to what followed the crash of 1929, when unprecedented millions of Americans lost their jobs and homes after the implosion of businesses ranging in scale from big banks to family farms.”

“It’s not hard to pinpoint the dawn of this deep gloom: It arrived in September 2008, when the collapse of Lehman Brothers kicked off the Great Recession that proved to be a more lasting existential threat to America than the terrorist attack of seven Septembers earlier. The shadow it would cast is so dark that a decade later, even our current run of ostensible prosperity and peace does not mitigate the one conviction that still unites all Americans: Everything in the country is broken.”