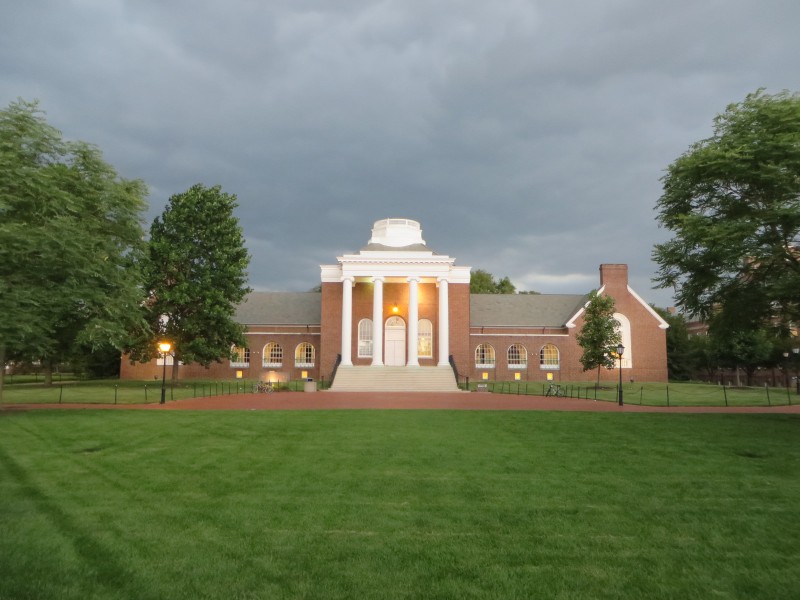 Memorial Hall on the Green in Newark. The building was constructed between 1919 and 1924, and connected the men’s and women’s campuses for what would become the University of Delaware. It was dedicated to those killed in World War I, and was originally the school’s library. Memorial Hall was designed by Charles Z. Klauder, who is noted for his work on other campuses, like Princeton University, the University of Pittsburgh, and Penn State University.  Photo by xzmattzx.