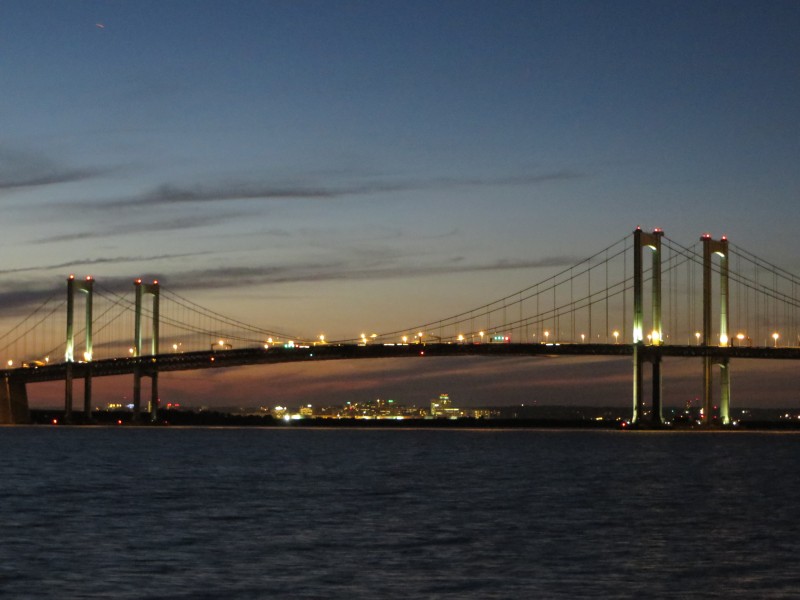 The Delaware Memorial Bridge crosses the Delaware River in New Castle. The bridge replaced a ferry that connected New Castle to Pennsville, New Jersey. The south span, in the foreground, was built between 1947 and 1951, and initially connected to US Route 13. The north span was built between 1964 and 1968, and allowed for northbound-only traffic on the south span, and southbound-only traffic on the north span. The bridge was once the 6th-longest in the world, and when the north span was completed, the Delaware Memorial Bridge became the longest twin span bridge in the world. From the New Jersey shoreline in the Pennsville area, the Wilmington skyline is visible from underneath the bridge.  Photo by xzmattzx.