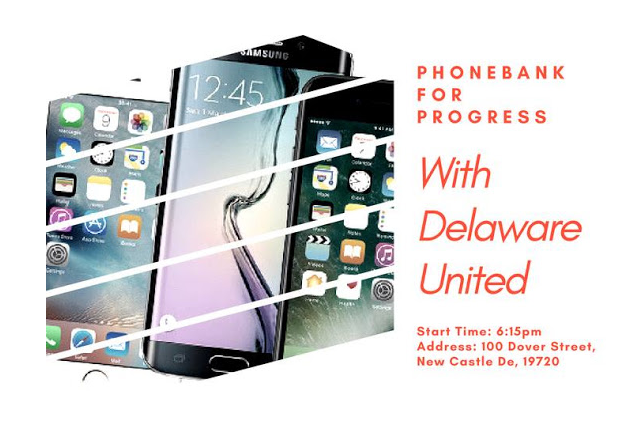 If Trump’s outrageous treasonous and unhinged behavior has you more disturbed than usual today, then join Delaware United‎ tonight in their PhoneBank for Progress program.   Starting at 6 pm and going until 8 pm at 100 Dover St., New Castle, DE 19720, they will be calling voters on behalf of their slate of endorsed candidates, which are listed as follows.  Please be advised that you can make calls for any of these candidates.  If you don’t like one of them, you don’t have to make calls for them.   While this is not said, I assume that if you don’t like any of these candidates, then Delaware United would prefer you not show up tonight and instead contact the campaigns of the candidates you do support if you wish to phone bank for them.

So, here is the list of endorsed candidates by Delaware United:

Please bring your phone, a headset with a mic (if you have one), and a laptop or digital device to connect to the dialer.