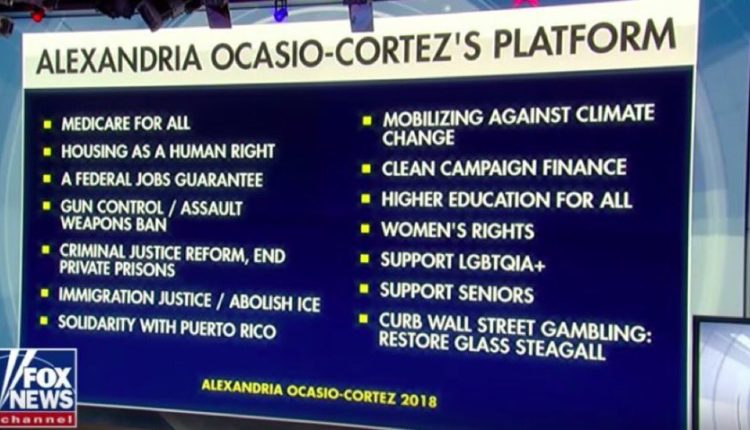 A couple of weeks ago, I saw this article where our Senator Chris Coons was characterized as indulging in more left bashing — specifically, pooh-poohing any idea that there is a possibility that government can be of better use to the people that they tax and govern. I was stunned by this article — I shouldn’t have been — but was definitely stunned that a sitting legislator would specifically get in front of a microphone and try to delegitimize some of the best energy there is in the Democratic party right now. This was intriguing (and shocking) to a number of my friends as well and we spent a good week in a pretty spirited back and forth reckoning with the fact that there are Democrats who would specifically miss a big opportunity just to hold on to their Bill Clinton-era strategies. I wasn’t going to write about it until I saw this new piece this morning.

“The next two years is just a race to offer increasingly unrealistic proposals, to rally just those who are already with us,” Sen. Chris Coons, a Democrat from Delaware, told a gathering of like-minded centrists at a strategy session in Washington. But with a far-left agenda, Coons warned, “it’ll be difficult for us to make a credible case that we should be allowed to govern again and easier and easier to mock and marginalize us.”

There’s alot you could say about this, but I will point out that this is a comment of a politician who is utterly disconnected from what is happening among Democratic voters. And all of them are so engaged with holding on to their own status quo that they can’t see the larger board — a board full of Democratic opportunity. This:

is being used as representative of the “far-left” aspiration. I don’t know if this is a fair representation of ACO’s positions, but I do know that this is not bad as a beginning wish list for Democrats who want the government to do better by working and middle-class people. So I have thoughts:

First up — I am increasingly annoyed by even the shorthand at play here. Moderate. Centrist. Far-left. Personally, I think that these labels better reference degree of civility not so much your ideological place. Susan Collins gets to be a “moderate” or “centrist” while voting 78.7% of the time for the Trump agenda. Coons votes 32.8% of the time with the Trump agenda. Those who have voted against the Trump agenda the most are Gillebrand, Warren and Merkley. In that order. (If you prefer, GovTrack reports the most liberal Senators as Franken, Sanders and Merkley.  In that order.) Some reporter needs to ask the moderates what makes these Senators “far-left” or even mockable.

Because — second — this lets everyone live with terminology largely defined by the right.  And calling some of your most energetic party supporters “far-left” without contending with that they are looking for from Democrats is an unforced error on two fronts:  never left the right define us and don’t dismiss your own (potential) supporters without making a good faith effort to assess how they are looking to advance both policy and brand.

Third — stop dismissing socialism.  The majority of the folks actually saying this word couldn’t tell you what real socialism is and most of them aren’t asking for that.  The majority of these folks aren’t asking for a genuine elimination of capitalism, either. Which really, you know. What you *do* know is that these Democrats are asking for is a government that will privilege its *citizens*, not its corporations.  The United States can’t make any claims to any purity around real market capitalism anyway — certainly not with the extraordinary lengths US government will go to put its thumb on the scale for its capitalists.  What *used* to be the genius of American-style capitalism (post-FDR) was that it supported its businesses AS WELL AS ITS WORKERS.  American business was able to buy and take over the place (thanks to the GOP and Citizens United) that citizens used to be in and now it is American workers who are being left behind with not enough Democrats in office thinking seriously about fixing this.  No more fighting about the scary word and get to the excellent policy.

Fourth — look at that list up top.  The ask yourself, What would FDR do?  Because I am certain that if FDR found himself in office right now, there are a great many of the items on this list that would be on his shortlist of stuff to get done.  And he would not be interested in this because the folks pushing this are “too far left” or that people would mock him.  He would be interested because he would recognize the Democrats interested in this agenda as fellow New Dealers — with a formula for the New Deal v2.0.  (FDR *did* call for a jobs guarantee.  And as this article notes, while there was not a specific program ever developed, full employment has been a policy priority. )

Fifth — Democrats need to steal what they can of this agenda, invoke FDR and do some messaging around Revitalizing the New Deal.  The messaging needs to be sharper than that, of course, but the New Deal was focused on helping out working and middle-class people and that is exactly what Democrats should be doing now.  Engage with what is being asked for and help push whatever you can sell to your constituents.    For example, Abolish ICE is the latest boogeyman.  Even though the overall message being delivered by most of the Democrats behind this is: 1)  ICE needs to stop being Trump’s personal deportation force and 2) we need to fix stuff within the immigration system so that we are focused on criminal activity, not just wholesale, inhumane roundups.  (If you need more on the FDR idea — take a look at this Democratic platform from 1944.  Yes, there are a few out of date things here — bituminous coal! — but in the main this is a document focused on solid Democratic principles.  And there would be items here that today’s “moderates” still wouldn’t support.)

Sixth — people who claim to be politicians by trade can communicate way better than the current “moderate” message of You Kids Need to Stay Off of Our Lawn.  Conor Lamb ran on fixing health care as did Doug Jones.  Jones told supporters he thought health care was a right.  Neither signed on to single payer — but both conveyed a deep understanding of kitchen table issues and want to work on solutions.  Perhaps neither will vote for single payer any time soon, but they both might vote for a scalable Medicare buy-in.  Either way, it is possible to make common cause to advance solutions what we all know will fix some of this genuine disaster while the “far left” works at getting a veto-proof Congress.  Single payer polls better and better as time goes on — meaning that the public will be much more engaged with a pol who can help deliver real fixes to pharmaceutical prices, premium pricing, existing condition coverage, co-pay creep and all of the other financial speed bumps that get in the way of decent health care.  More broadly, it is possible to find what you *can* support of this agenda and start telling voters that you are ready to support them and their families for a change. Y’all are supposed to be Democrats.  The Democrats pushing a more people-oriented agenda are giving you a solid opening to act like one.  The Democrats pushing this agenda are giving you a solid platform to take advantage of your base’s energy.

Seventh — I seriously do not get why “to rally just those who are already with us” isn’t a thing we wouldn’t want to do.  Democrats need every Democrat on deck and voting in 2018 and 2020.  The DNC is making huge investments in GOTV targeted at the Democrats who are registered as Dems but who don’t vote.  There’s a reason for that and it is in the fact that Democrats who *are* winning are winning with Democrats voting for them.  We absolutely do want as many Independents as possible voting for Dems, but let’s focus on our own voters for a change.  And the path to get them out is for a more people-centered agenda as we have been learning election after election.  We capture the base’s energy and go; we don’t work at demoralizing them because you can’t meet them at least part way.

Eighth — So what’s your strategy to win?  There has to be one and if you are being defensive with your own voters, you are not presenting a winning vision.  By definition.  Every bit of the evidence we have so far is that Democrats are energized and they are energized not just against Trump, but in getting back a reasonable government.  That has to be a government that puts working people BACK IN THE PICTURE.  The GOP has sold voters a barrel of bull that always capitalizes on their fears.  An FDR-style focus on making sure that labor, agriculture, and business are able to thrive (but not at the expense of any of these groups) is positive and focuses on the future.

Last — there have been a great many big-name Republicans walking away from their party and encouraging others to do the same and vote for Democrats.  This is good in that it is a strong signal that these Republicans know that Democrats will certainly respect and be accountable for making democracy work (mainly).  But it is a massive mistake to think that any of these Republicans are on board for Democratic ideals or policy.  Democrats can and will lead us out of this crisis of democracy, but that needs to be on our terms.  Terms that are focused on lifting up working class and middle-class people and ensuring that their families are fairly supported by the government AND by business.  You don’t give up any ground on jobs or the economy or opportunity for all by supporting a Medicare buy-in, or letting Americans buy their meds from Canada, or LGBTQ rights, or a solid Social Security fix, or even getting out of the business of officially suppressing wages.

One of the big reasons why we are at this juncture is Democrats complacency in making room for 40+ years of conservatives pushing an agenda which only benefited the rich; indulged in divisiveness, bigotry, racism, misogyny, the demonization of the poor; undermined education; and squeezed the middle class and the working class.  We called this “moderation”, which let a good number of our electeds off of the hook from showing up to represent us and our communities.

38 comments on “Dear Democrats: Is This Thing On?”