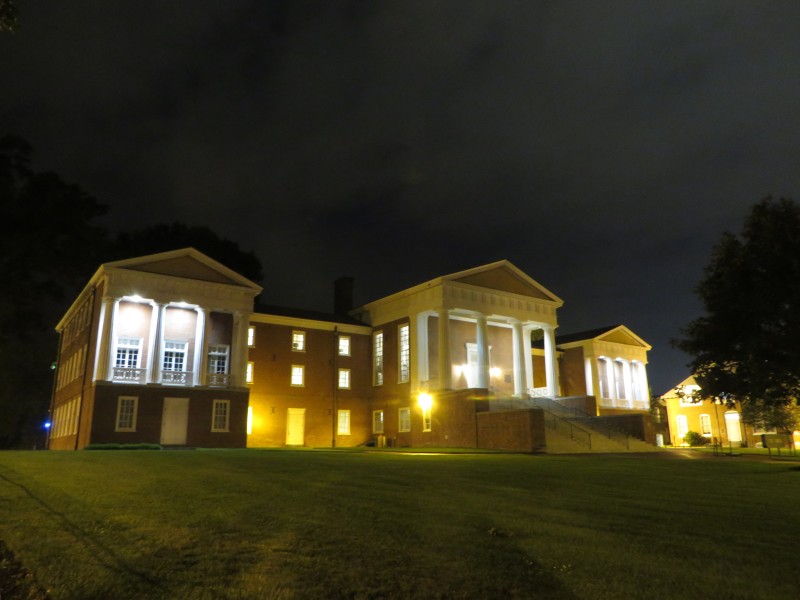 Old College, on Main Street in Newark. The structure was built in 1834 and was designed by Winslow Lewis, who may have been influenced by Charles Bulfinch, architect of the United States Capitol. The Greek Revival building was originally part of Newark College, which then became Delaware College, and finally the University of Delaware.  Photo by xzmattzx.