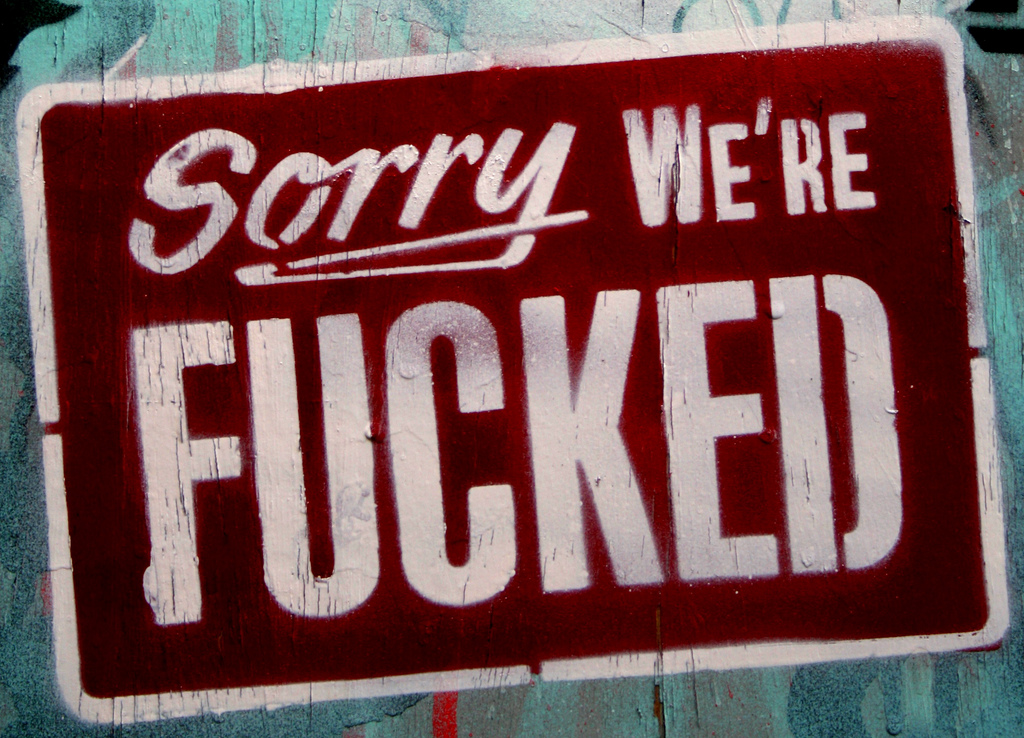 Supreme Court Justice Anthony Kennedy has announced he is retiring after more than 30 years on the court, kicking off what is sure to be a brutal confirmation battle.  So goodbye Roe v. Wade, Planned Parenthood v. Casey, Windsor, any anti-discrimination case or law, all gay rights and same sex marriage decisions.  All of them will be overturned in the next 18 months.  Thank you to all the idiot and traitorous leftists who spent years saying the two parties are the same.  You are responsible for this outcome just as much, if not more so, than anyone else and you will now suffer. Now when we tell you to vote Democratic, perhaps you will listen.  When we get hyperbolic, there was a reason.  Now all the hyperbole we warned about is going to come to pass.

Washington Post: “It will be the first time since Justice Clarence Thomas replaced Thurgood Marshall more than 25 years ago that a new justice could radically change the direction of the court. Justices added to the court since then have replaced justices of the same basic ideology.”

Rick Hasen: “In short order, I expect President Trump to take the safe route and nominate a stellar Scalia clone. My personal expectation is that Judge Brett Kavanaugh of the United States Court of Appeals for the D.C. Circuit is a likely pick. Trump has reportedly already said he intends to select the next justice from a previously circulated list of Federalist Society–approved judges.”

“Following the playbook used for Justice Neil Gorsuch’s confirmation, the new nominee will be a very smart (likely white male) judge with impeccable credentials who can get up in front of the Senate Judiciary Committee and commit to absolutely nothing in terms of his future rulings.”

David Wasserman: “The Tea Party waves of 2010 and 2014 didn’t topple many House GOP incumbents in primaries, but they did take out House Majority Leader Eric Cantor. Much in the same way, the hardcore Resistance took out Crowley but could help power Democrats to gains this fall.”

Mike DeBonis: “Crowley loss does not sound like a win for Pelosi/Hoyer. It sounds like Taps for the whole Dem hierarchy. Wake-up call for a party that has put off a generational change for too long.”

“The House rejected a Republican compromise bill on immigration Wednesday, effectively ending a months-long GOP drama that had put the conference’s internal politics on display,” The Hill reports.

“The measure won far fewer GOP votes than a more hardline measure rejected last week in a 193-231 vote. With the vote continuing, only 114 Republicans had backed it, with 34 not having voted yet.”

“There’s a perfect alignment between the reputation he wants, the reputation he has, and the reputation he deserves in a way that’s unequalled among American politicians and that allows him to conduct himself with an even greater degree of shamelessness than Donald Trump himself since unlike the all-id Trump, McConnell isn’t out of control he’s just willing to be utterly ruthless in pursuit of his political objectives…”

“It would be wrong to see this as a zero-cost strategy. Most people who get into electoral politics do it, on some level, because they want to be liked and admired, and McConnell does not… He’s unloved in his time, even by his own side, but he’s without question the most effective and influential political figure of our time.”

The Republican Court and the era of minority rule https://t.co/zoSethSbcK pic.twitter.com/5r5JNjC2mN

Jonathan Chait: “Democrats have won the national vote in six of the last seven presidential elections, which, with the retirement of Anthony Kennedy, will have resulted in the appointment of eight of its nine justices. And yet four of those justices will have been appointed by presidents who took office despite having fewer votes than their opponent. Republicans will have increasingly solid control of the court’s majority, with the chance to replace the sometimes-wavering Kennedy with a never-wavering conservative movement stalwart.”

“Over the last generation, the Republican Party has moved rapidly rightward, while the center of public opinion has not. It is almost impossible to find a substantive basis in public opinion for Republican government. On health care, taxes, immigration, guns, the GOP has left America behind in its race to the far right. But the Supreme Court underscores its ability to counteract the undertow of its deepening, unpopular extremism by marshaling countermajoritiarian power.”

Democrats are already up with an ad using Rep. Dan Donovan’s (R-NY) primary statements against him: “I’ve supported the president 90 percent of the time in my votes… I voted seven times to repeal Obamacare.”

“In an affidavit attached to the July 2017 application, an FBI agent said he had reviewed tax returns for a company controlled by Manafort and his wife that showed a $10 million loan from a Russian lender identified as Oleg Deripaska.”

What Alexandria Ocasio-Cortez’s stunning primary victory means for the 2018 midterms and beyond: https://t.co/0HwK84Kz6F pic.twitter.com/ASLpAk7Nxd

A new Politico/Morning Consult poll finds “public support for the recent tax overhaul plunged in the past two months, as more voters became ambivalent about it.”

“Just 37% of registered voters said they supported the tax-cut laden law, down from 44% in an April poll… Even among Republicans, support for the law dropped to 70%, from 80% in April.”

“Neither candidate is particularly well-known at this point in the race, but Democratic enthusiasm is giving this traditionally red district a purplish hue. The poll also finds that the GOP tax reform plan does not play all that well in one of the richest congressional districts in the country.”

“The Democrat’s advantage widens when applying two different likely voter models. A historical midterm model gives Sherrill a 44% to 40% lead, while a model that includes a turnout surge in Democratic precincts gives Sherrill a 45% to 39% lead.”

“Voters in three key Senate battleground states prefer the next Congress to be a check on President Donald Trump rather than a booster for his policy priorities, and only about a third say Trump deserves to be re-elected,” according to new polls of Arizona, Florida and Ohio conducted by NBC News/Marist.

“At least six Republican incumbents were bounced from office during Oklahoma’s primary election, including several who were targeted by pro-education groups,” the AP reports.

“Tuesday’s primary election was the first test for many of the nearly 100 teachers running for office in Oklahoma after a year that saw tens of thousands of educators walk off their job for two weeks to protest dwindling funding for schools.”

Walter Shapiro: “Polling, dating back to the 1960s, suggests that presidential approval should be near 60 percent (or higher) with a booming economy and few American combat deaths abroad. Instead, Trump is at 41 percent from Gallup… and 43 percent in the moving average from RealClearPolitics.”

“Historical parallels should be regarded as suggestive rather than worshipped as objective truth. Certainly, 9/11, the Iraq War and the Great Recession have undermined faith in all authority figures. But Barack Obama still managed to leave office 17 months ago with a hefty 59 percent approval rate, a number that Trump has never come close to approaching.”

These are the Senate Democrats asking Republicans to stick to their own rule of refusing to confirm a SCOTUS nominee before an election https://t.co/NxSLEymRh1 pic.twitter.com/vSWAnzsxV9

Jonathan Swan: “America’s allies in Europe are worried about Donald Trump’s expected meeting next month with Vladimir Putin. Senior officials from four NATO member nations told me their worst fear is that Trump clashes with America’s allies at the NATO summit in Brussels on July 11-12 and then shortly afterwards lavishes praise on Putin.”

“They say that would leave Europeans feeling abandoned and would advance Russia’s goal of dividing European and transatlantic alliances.”

Washington Post: “President Trump’s victory Tuesday in the Supreme Court’s ratification of his travel ban marked a milestone in his attempt to paint broad swaths of immigrants as dangerous — a rhetorical strategy that has underpinned the administration’s sweeping efforts to unilaterally curtail immigration. Since taking office 18 months ago, Trump has amplified, and attempted to codify into policy, his campaign-trail warnings of the threats posed by foreigners who attempt to enter the United States, including those who come through legal channels…”

“Critics expressed fears that the court’s ruling would embolden Trump to further test the limits of his statutory authority to enforce border-control laws without explicit approval from lawmakers.”

Stephen Bannon texts Jonathan Swan: “Travel ban vindication big deal for his psyche — reinforces his instincts are right and the haters are wrong.”

“Satellite images from last week show that North Korea is making numerous improvements to the infrastructure at a nuclear research facility,” The Hill reports.