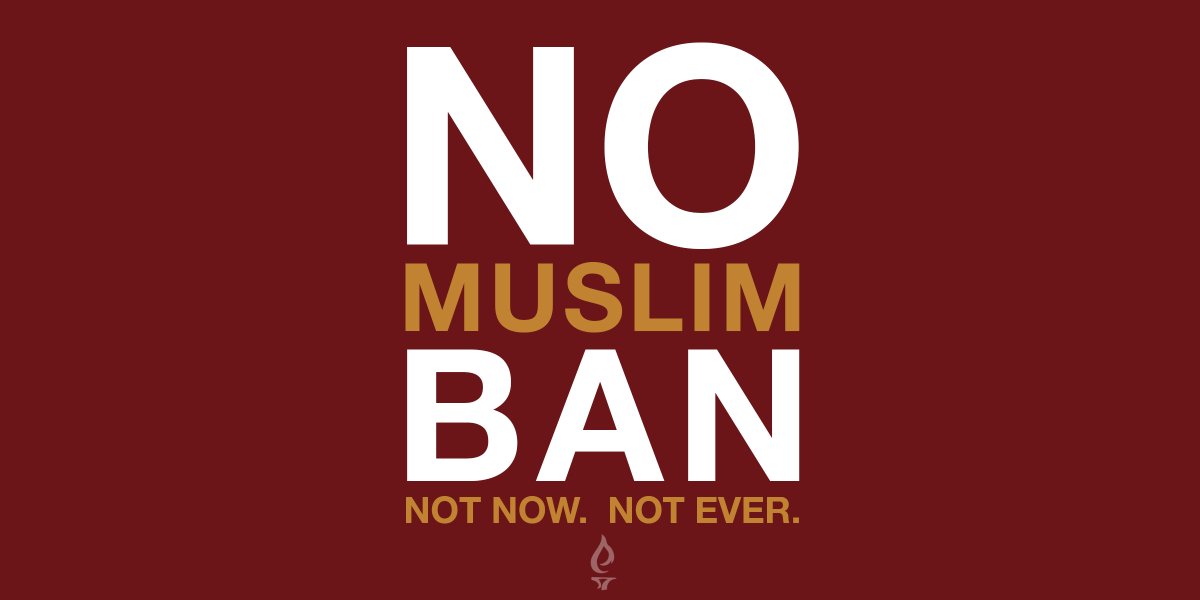 TRUMP’S MUSLIM BAN UPHELD.   The Supreme Court ruled that President Trump “acted lawfully in imposing limits on travel from several predominantly Muslim nations,” the New York Times reports.  “The vote was 5 to 4, with the court’s conservatives in the majority.”

“The court’s decision, a major statement on presidential power, marked the conclusion of a long-running dispute over Mr. Trump’s authority to make good on his campaign promises to secure the nation’s borders.”

Josh Marshall: “Today’s High Court decision upholding the President’s anti-Muslim travel ban should focus us on a key, important fact: the federal judiciary is now heavily stocked not just with Republican appointees but conservative ideologues. This isn’t simply a commentary on this decision. It does include major exceptions – the Court’s jurisprudence on marriage, for instance. But we simply cannot rely on the Court’s as presently constituted to make rulings which are in line with the actual constitution or our national traditions. This is in significant part because of the corrupt appointment of Justice Gorsuch. But there’s no undoing that. We are on the cusp of what will likely be an even more dramatic example of rightwing judicial activism against labor rights. On issue after issue, change and justice or simple preservation will have to rely on building robust political movements.”

For those among us that sat out in 2014 or 2010 because you were not inspired enough, if you had shown up, chances are very good that Democrats would have kept the Senate and Justice Merrick Garland or some other liberal justice would have decided the case today 5-4 in the other direction.  If you ever need inspiration to vote, always remember that and this.

Liberals loathe McConnell for blocking Garland. But he only had the power to block Garland because so many Democrats sat out 2014 and gave him the Senate gavel.

Learn her name.  Alexandria Ocasio Cortez.   See, if you get involved in party primaries, sometimes you can win and change the party for the better.

Talking Points Memo: “In a stunning defeat, New York Rep. Joe Crowley, the fourth-most powerful Democrat in the House of Representatives, lost a Tuesday primary to Democratic Socialist of America-backed challenger Alexandria Ocasio-Cortez.  […] The 28-year-old Bronx-born community organizer earned 57 percent of the vote compared to 42 for her veteran lawmaker opponent, with 88 percent of the vote counted.

Ocasio-Cortez was the first primary challenger in 14 years for Crowley, who until Tuesday was seen as a possible successor to House Speaker Nancy Pelosi (D-CA). Her victory marks a dramatic end to to a feisty primary campaign that drew national attention thanks to Ocasio-Cortez’s boldly progressive platform. She campaigned on abolishing the Immigration and Customs Enforcement agency and on Medicare for All.”

POLLAPALOOZA. VIRGINIA 10–A new Monmouth poll in Virginia’s 10th congressional district finds Jennifer Wexton (D) with a big lead over incumbent Rep. Barbara Comstock (R-VA), 49% to 39%, among all potential voters – that is voters who have participated in an election since 2010 or have newly registered to vote.

“The race does not look significantly different using two different likely voter models. A historical midterm model gives Wexton a 50% to 41% lead, while a model that includes a turnout surge in areas where Pres. Donald Trump is unpopular gives Wexton a 51% to 40% lead.”

VIRGINIA SENATE–A new Quinnipiac poll in Virginia finds Sen. Tim Kaine (D-VA) leading challenger Corey Stewart (R) by a wide margin, 54% to 36%.  Also interesting: “Only 32% of Virginia voters have a favorable opinion of the Republican Party, while 59% have an unfavorable opinion. The Democratic Party gets a divided 46% to 45% favorability rating.”  Said pollster Peter Brown: “Virginia, which was once a solidly red state, has made the full transition to a blue bastion. Voters in the Old Dominion are happy with the way things are going in their state and they give their statewide Democratic office-holders good approval ratings.”

Today's Supreme Court ruling seems almost destined to be denounced by the justices of a distant future: https://t.co/tz2SiIqRRP

WELL, AT LEAST PEOPLE ARE NOTICING.  A new Democracy Project poll — sponsored by the George W. Bush Institute, the University of Pennsylvania’s Biden Center and Freedom House — finds that half of Americans think the United States is in “real danger of becoming a nondemocratic, authoritarian country.”

Key findings: 55% see democracy as “weak” and 68% believe it is “getting weaker.” Furthermore, eight in 10 Americans say they are either “very” or “somewhat” concerned about the condition of democracy here.

The thread linking Trump's family separation policy, the Supreme Court's upholding of the travel ban, and so much more: https://t.co/8kxKOwZz54

IT’S ABOUT TIME.  Special counsel Robert Mueller “is preparing to accelerate his probe into possible collusion between Donald Trump’s presidential campaign and Russians who sought to interfere in the 2016 election,” Bloombergreports.

“Mueller and his team of prosecutors and investigators have an eye toward producing conclusions — and possible indictments — related to collusion by fall… He’ll be able to turn his full attention to the issue as he resolves other questions, including deciding soon whether to find that Trump sought to obstruct justice.”

“Signs of suspicious Russian contacts first surfaced in late 2015… On three occasions, Russians offered people associated with Trump’s campaign dirt on Democrat Clinton — all before it was publicly known that Russians had hacked the Democratic National Committee and Clinton’s campaign chairman.”

A conservative majority on the Supreme Court handed an important victory to the pro-life movement on Tuesday, in NIFLA v. Becerra, reports @emmaogreen: https://t.co/Ww9jD0xG4u

COURT STRIKES DOWN PRO-CHOICE REGULATIONS FOR CHRISTIAN HEALTH CCENTERS.  The U.S. Supreme Court “struck down a California law requiring clinics that counsel women against abortion to notify clients of the availability of abortions paid for by the state, ruling it violated the free speech rights of these Christian-based facilities,” Reuters reports.  The ruling represented a significant victory for abortion opponents who operate crisis pregnancy centers around the country.

TRUMP GOES TO WAR WITH HARLEY DAVIDSON.  President Trump “threatened the iconic motorcycle company Harley-Davidson with severe taxes and a public revolt that would eventually put the 115-year-old firm out of business, blasting the Wisconsin firm for a plan to move some operations outside the U.S. as a way to avoid getting caught in the middle of an escalating trade war,” the Washington Post reports.

“Trump also accused Harley, without providing any evidence, of intentionally misleading Americans by saying the firm was moving some operations out of the U.S. in response to new tariffs imposed by the European Union.”

Trump, in other words, is saying “If you don’t submit to my destruction of your business with my tariffs, you will be destroyed with targeted taxes. But you WILL NOT TELL AMERICANS THE TRUTH ABOUT MY POLICIES!!!”

THE NEXT CRISIS WILL BE A TRUMP SHUTDOWN.  Playbook: “The president is having lunch today with House and Senate appropriators — the people who write the spending bills — at the White House. Expect them to talk about the border wall. Anyone who tells you confidently that the government won’t shut down in September over an impasse about the border wall is, well, too confident.”

Secretary of State Mike Pompeo told CNN he would not put a timeline on negotiations with North Korea, but said the Trump administration will regularly assess the regime’s seriousness about abandoning its nuclear program as the US moves toward normalizing relations with Pyongyang

REPUBLICANS REALLY OPPOSE ALL IMMIGRATION. Ron Brownstein: “The firestorm over the separation of children from their undocumented parents at the border has almost completely overshadowed another milestone in the long-running national immigration debate: Opposition to legal, as well as illegal, migration is hardening into a bedrock principle of the Republican Party.”

“The vast majority of congressional Republicans this year have now voted for Trump-backed legislation that would not only crack down on undocumented immigration but also severely constrict legal entry into the country, including for millions of those who, as Trump put it, have been ‘waiting on line for years’ to enter legally.”

What will remain of the GOP after the November midterms will be an even more nativist, more provincial, and less educated party.https://t.co/q6QvE6pPcU

A GOOD PHOTO OP FOR THE DEMS.  “The White House is blocking off three days on the back end of President Trump’s upcoming mid-July trip to the United Kingdom and Brussels, leaving room for a potential summit with Russian President Vladimir Putin,” Politico reports.

“Plans for a potential sitdown are still being finalized… But the current frontrunner venue under consideration for the meeting is now Helsinki, the capital of Finland. The location would offer Putin his desired neutral ground in a country close enough to Russia that he could return to Moscow in time for the final World Cup match on July 15.”

As with the recent summit with North Korea’s Kim Jong Un, Trump mostly wants the pictures. But this time there’s a risk that pictures of his treasonous bromance with Putin may combine later with possible indictments of former campaign team.  That would hand Democrats images that would be a gift against the Republicans in the midterm election campaign.

By not calling for the abolition of ICE, Bernie Sanders is undermining his position as the nation’s most prominent left-wing politician. https://t.co/7Ins0MroG0 pic.twitter.com/HQ1IkOHvHj

BLOOMBERG 2020.  “Michael Bloomberg is revving up to run for president in 2020, making him both the oldest and richest person to seek the job,” CBS News reports.  “Bloomberg considered running in 2016 as an Independent, but sources tell CBS that if he runs in 2020, he would run as a Democrat.”

“Political consultants point out the 76-year-old is making a number of key moves, including spending $80 million to help Democrats win Congressional races and collecting a lot of political IOUs in the process.”

JUSTICE KENNEDY TO RETIRE?  Rick Hasen: “Rumors about Justice Kennedy’s retirement from the Supreme Court have circulated for well over a year, with the common one being that he was prepared to retire last year and some force—maybe norm-bashing President Donald Trump—stopped him. But something feels different this term…”

“On the key issues of the day, the feeling from Kennedy is that he’s done. It appears that this will be the first term since he’s become a swing justice where he did not side with the liberals in one significant 5–4 case. He’s returned to his conservative roots and has given up decisively bucking his own party. The separate concurrence in the travel ban case felt to me like a Kennedy mic drop. He’s done all that he can do to fix the problems in American society. Now it’s up to those in power, and those who put them there.”

It’s time for progressive ideas on immigration that don’t count on a compromise with the GOP.https://t.co/dcXLdoBxda