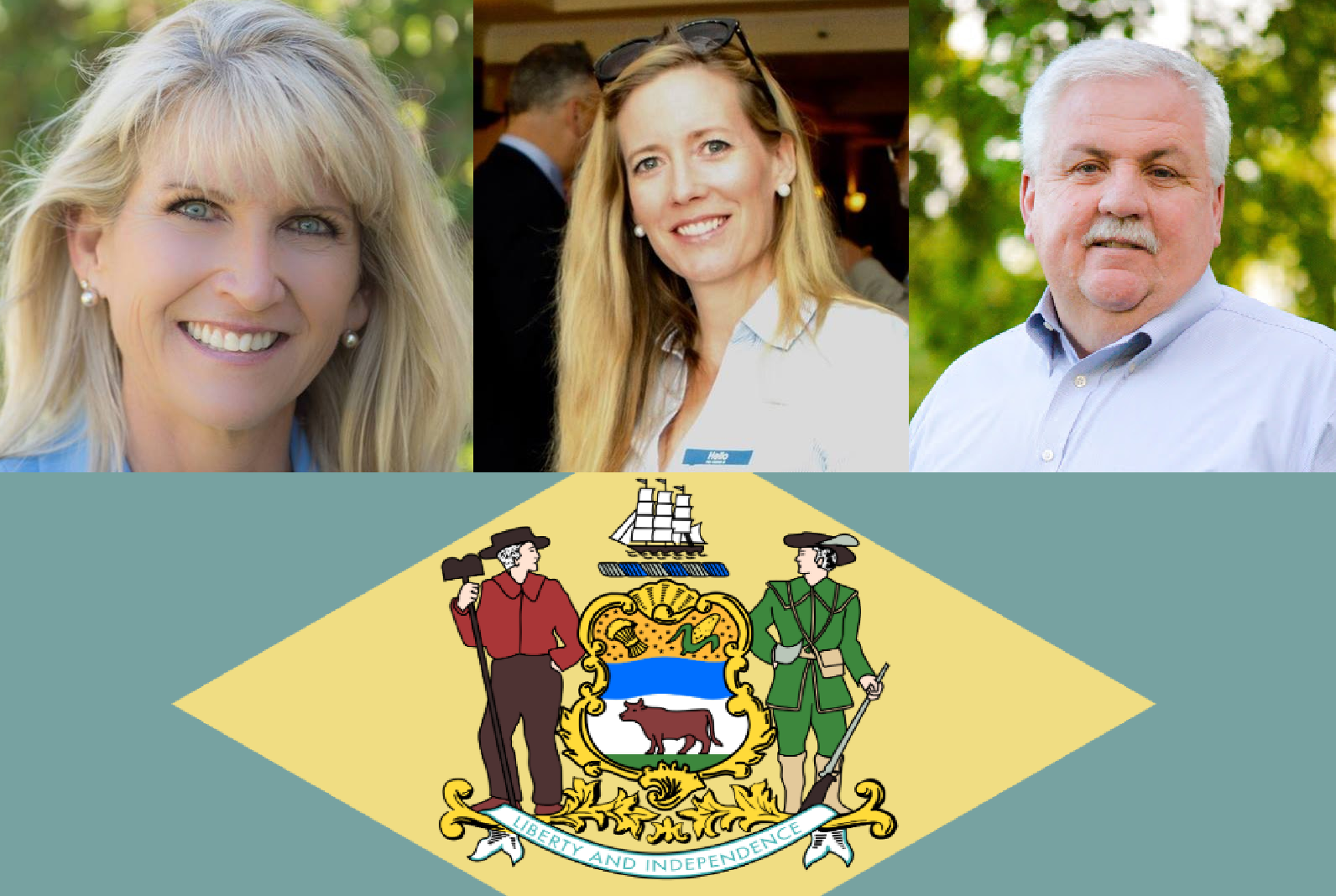 The deadline to file as a candidate in July 10. Sixteen Days away. Finally, the Democratic and Republican Parties have found candidates for the State Treasurer and Auditor races, respectively. Republicans even allegedly have found an Attorney General candidate, so they will not be shut out of the top state wide races. Well, wait, that’s not right, because apparently they have not found a candidate for Congress yet.

Democrat Colleen Davis announced this past week that she is running for state treasurer. Ms. Davis is currently a health care professional from Dagsboro, and from that position she says she has garnered good experience with finances that would serve her and the state well.

“As a consultant for major hospital systems, I know what it takes to develop sustainability amid an ever-changing economic landscape. I’ve gained an understanding of the complexities of creating economic growth on a large scale, realizing efficiencies, improving quality-of-care, and increasing viability — all while never losing focus on meeting the needs of the public.”

“We can have a budget and economy that are sound long-term, while also prioritizing the interests of Main Street over Wall Street,” she said. “Striking that balance is not ‘simple,’ as my opponent often riffs, but it is necessary to truly protect taxpayer investment in our state.” Good one. In addition to cutting checks, the State Treasurer is also responsible for overseeing the state’s investments, debt, banking infrastructure and several financial plans.

With Davis’ entry, the Democrats are no longer at risk of being shut out of a statewide race for the first time in decades. I would have wanted a more seasoned candidate with more name recognition, but the outsider angle may play well. We will wait and see.

Meanwhile, on the Republican side, allegedly, former Chief Sussex County Prosecutor and Republican Peggy Marshall Thomas will run for Attorney General. And for the Auditor’s race, Republican Joan Winters CPA is running for Auditor. She has been a CPA in Dover at Mitten & Winter for the past 27 years. She also serves as the only CPA on Delaware’s Tax Appeal Board for the past 18 years. If, God forbid, we end up with the unqualified Utahn Republican socialite Kathy McGuiness as our Auditor candidate, Mrs. Winters will destroy her on the qualified front.

With Helene Keeley’s decision to retire at the end of this term, her 3rd RD seat is now open, and Sherry Dorsey Walker has decided to file to fill it. I hope a certain other candidate gets into that race. 😉

Another candidate has filed to succeed Mike Mulrooney in the 17th RD. Joining Melissa Minor-Brown and Michael Burns in the primary will be David J. Roberts, who is currently serving as a Commissioner on the Delaware State Fire Prevention Commission. Previously, he served as the New Castle County Chief of Emergency Communications Division and served for 37 years in the New Castle County Department of Public Safety.

“I’ve spent decades working to improve the safety and well-being of Delawareans in many positions and appointments in State and County government. I will hit the ground running in Dover. I want to be a boots-on-the-ground legislator who spends time not just in Dover, but in the 17th District getting to know my constituents and their needs. I’ve lived in New Castle for 33 years and have raised my kids here.”

6 comments on “Filling in the Empty Boxes”