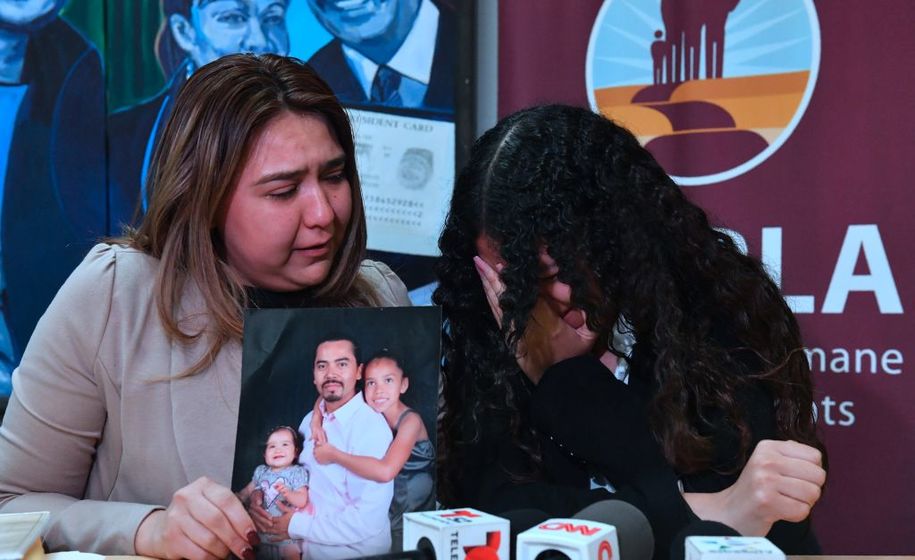 White House adviser Stephen Miller was the driving force behind President Trump’s decision to enforce the family separation policy at U.S. borders, the New York Times reports.  Unlike Trump, who has claimed to hate the practice, Miller said it was a “simple decision.”   Said Miller: “No nation can have the policy that whole classes of people are immune from immigration law or enforcement… The message is that no one is exempt from immigration law.”

Trump is using the grief, tears, and pain of these kids as mortar to build his wall, and extort a bill to his liking in Congress.

And by accepting the President’s many falsehoods about what is required to end this policy, the GOP in Congress has become the party of lies. pic.twitter.com/2XmSaFRoPm

“One day in late May 2016, Roger Stone — the political dark sorcerer and longtime confidant of Donald Trump — slipped into his Jaguar and headed out to meet a man with a Make America Great Again hat and a viscous Russian accent,” the Washington Post reports.   “The man, who called himself Henry Greenberg, offered damaging information about Hillary Clinton, Trump’s presumptive Democratic opponent in the upcoming presidential election… Greenberg, who did not reveal the information he claimed to possess, wanted Trump to pay $2 million for the political dirt .”

This is the smoking gun to refute Trump’s false claims about this being a “Democrat” policy or law. It was his and his AG’s choice to do this. No law requires him to do it.

Washington Post: “On climate change, Pruitt shares Trump’s skepticism of mainstream science and has offered a reality-TV-style way to make their case: a televised show in which Pruitt would debate a climate scientist. In an effort to support Trump’s trade stance, he devised a plan to impose stricter fuel-efficiency standards on vehicles made by foreign automakers, even though White House lawyers argued it was illegal. And he has suggested he could take a leading role in renegotiating the North American Free Trade Agreement, on the grounds that he could strike a better deal with Mexico than the president’s current advisers.”

President Trump “will visit North Dakota on June 27 to campaign with GOP Rep. Kevin Cramer, a trip that could go a long way toward extinguishing tensions between the White House and the Senate hopeful,” Politico reports.

“Trump’s planned trip to Fargo, which the candidate announced on Friday on Twitter, came after Cramer took the unusual step of publicly attacking the administration for its seemingly warm treatment of his Democratic opponent, Sen. Heidi Heitkamp.”

Other governments have separated mothers and children pic.twitter.com/tvlBkGjT0h

“Mick Mulvaney, the White House budget director and acting head of the Consumer Financial Protection Bureau, has picked a deputy at the budget office, Kathy Kraninger, to succeed him at the consumer watchdog agency,” the New York Times reports.

“The choice of Ms. Kraninger, who oversees the preparation of the budgets for cabinet departments, generated immediate opposition, with critics pointing to her inexperience in consumer and financial services issues and her association with Mr. Mulvaney. She was selected over the objection of some White House officials, who argued that her nomination could founder.”

A statement from the United Methodist Church explicitly calls out Attorney General Jeff Sessions as a “fellow United Methodist” and asks him to reverse the Trump administration’s decision to split up migrant families after he claimed the Bible justified it.

“Jesus is our way, our truth, our life. The Christ we follow would have no part in ripping children from their mothers’ arms or shunning those fleeing violence. It is unimaginable that faith leaders even have to say that these policies are antithetical to the teachings of Christ.  Christian sacred texts should never be used to justify policies that oppress or harm children and families.”

""I'm going to take your child to get bathed." That's one we see again and again. … The child goes off, and in a half an hour, twenty minutes, the parent inquires, "Where is my five-year-old?" … And they say, "You won’t be seeing your child again."" https://t.co/syfG0u7UL2

Talking Points Memo reports that a new Connecticut elementary school will be named after former President Barack Obama. The Barack H. Obama Magnet University School will be a 64,000-square-foot school will serve nearly 500 students from pre-kindergarten through fourth grade on the campus of the South Connecticut State University.   The $45 million school is scheduled to open in fall 2019.

Though Trump tries to avoid responsibility for his administration’s brutal policy of separating migrant children from their parents at the border, a new report shows that he had been considering the extreme measures for as long as he's been in power https://t.co/TUrew2yO0e

A FiveThirtyEight.com chat session responds to the question, “Will Voters Give Trump Credit For North Korea?” Among the possibilities, as Perry Bacon, Jr. sees it: “I don’t think the agreement reached this week means a ton. If there are no North Korean nuke tests between now and Election Day 2018 but also no big deal between Trump and Kim, then North Korea is not a real Election Day factor. It recedes from the news. I don’t think this summit itself changes the midterm dynamics that much….The media will move on from this issue back to Mueller/Pruitt/Trump scandals/tweets, etc. People just don’t think about foreign policy that much in general.”

Micah Cohen adds, “How’s this for a starting point: Voters will view Trump’s North Korea policy through their normal partisan lens … unless (i) it very clearly goes south and a substantial portion of elected Republicans begin to criticize it, or (ii) it very clearly goes well and even the commenters in the media are praising it?…But the 90 percent confidence interval of likely outcomes probably fails to break partisan biases….And you can see those biases in the pre-summit polling:” Clare Malone suggests, “I agree about the midterms. It could affect 2020 more, or at least play a part.”

James Coan on how the American government has become an institution to abuse children.  “Since the White House instituted its policy of taking children away from parents, Chief of Staff John F. Kelly assured the public that “the children will be taken care of — put into foster care or whatever.” Even if that were true — facts remain scarce about the quality of care in the sprawling detention program, and the prospect of tent cities is unsettling — the children may already have been harmed by the separations alone.

At minimum, forced separation will cause these children extreme emotional distress. Most of us know this intuitively. Less intuitive, as Nim Tottenham of Columbia University told me, is that “the sadness is not the thing that really matters here. What matters is this is a trauma to the developing nervous system.” Extreme emotional responses to separation from parents is part of evolution’s plan to keep those parents close — to “break any parent’s heart,” as Megan Gunnar of the University of Minnesota said. That’s because throughout human evolution, an absent caregiver has meant almost certain death. Jude Cassidy of the University of Maryland put it best: When faced with separation from loved ones, “we fight as if it’s a matter of life and death, because it is.”

Kathleen Parker: “Put yourself in the room with immigration officials and try to imagine exactly which argument would convince you that separating children from their migrating parents would be a good idea.

Would it work for you because you’re a stickler for obedience to rules — no exceptions? Would it be okay because the United States must convey to others that illegal migration comes with severe consequences? How about because it’s the law (as of recently), as press secretary Sarah Huckabee Sanders told reporters in a hollow attempt to justify what can’t be justified.

Does no one remember the atrocities that have been committed under the law?

Maybe some hardcore Trump supporters, who elected him president on a promise to get tough on immigration, can swallow this collateral cruelty as a necessary unpleasantness. But I can’t imagine that many of them are parents. As a mother, my heart breaks at the thought of a frightened and confused child being taken away from his or her parents and stashed like an orphaned animal in what amounts to a holding pen.”

Democrats want to highlight Trump scandals in their push for Congress this fall—just not the one that has dominated headlines and threatens his presidency, @russellberman reports: https://t.co/s5Ltnl3Ibd

Dana Milbank on the “biblical” destruction of families by “family values” Republicans.

“It’s becoming a cultish thing, isn’t it?” Sen. Bob Corker (R-Tenn.) mused this week about his Republican Party under President Trump.  As if to prove Corker’s point, the Trump administration the very next day claimed that it had the divine right to rip children from their parents’ arms at the border.

“I would cite you to the Apostle Paul and his clear and wise command in Romans 13, to obey the laws of the government because God has ordained them for the purpose of order,” Attorney General Jeff Sessions said Thursday. “I am not going to apologize for carrying out our laws.”

White House press secretary Sarah Huckabee Sanders, asked about Sessions’s remarks, said: “It is very biblical to enforce the law.”  This isn’t religion. It’s perversion. It is not the creed of a democratic government or political party but of an authoritarian cult.”

Clapper said that “the WikiLeaks transfer cut-out was selected by the Russians for a reason — so that Julian Assange could tell the world he did not get the DNC emails from Russian intelligence.”

He added: “The real point was it was an attempt to ensure Assange plausible deniability.”

This is Phebe Novakovic. She's CEO of General Dynamics, which has a lucrative contract w/ Office of Refugee Resettlement, the dept. enforcing Trump's policy of detaining children away from their parents. Her email address, from a public source, is pnovakovic@generaldynamics.com. pic.twitter.com/1TxGhQD46o