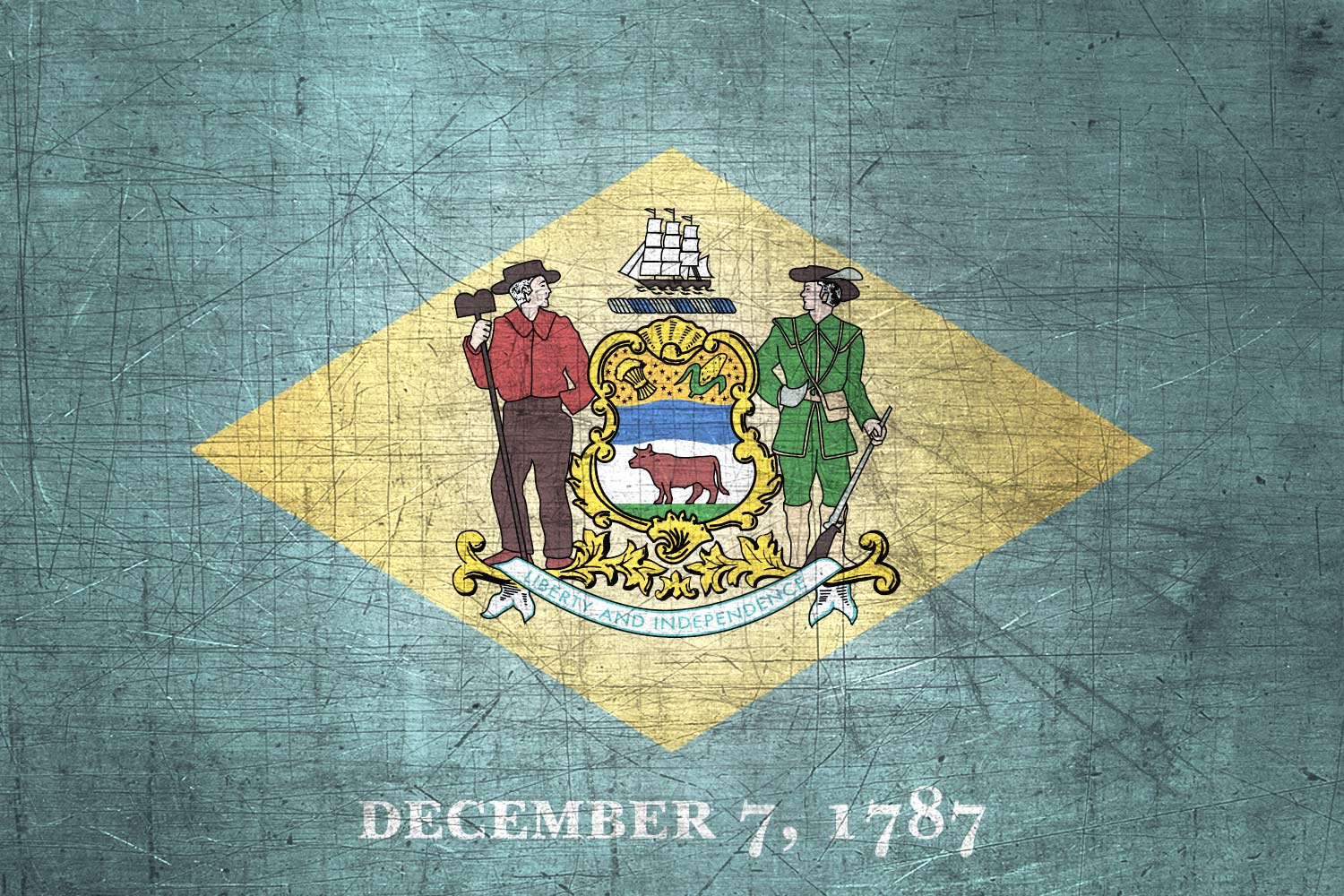 TRUMP TAX BILL STILL NOT POPULAR.  A new Public Policy Polling survey finds that six months after the passage of tax reform, it’s still not really catching on with voters. Just 31% support it to 38% who are opposed, with 30% not sure one way or the other.

“The core problem for Republicans with tax reform is that voters continue to be skeptical it’s actually going to help them on a personal level. Just 30% say they think it will help their family’s finances, to 33% who think it will hurt, and 25% who don’t think it will have an impact either way.”

Also interesting: “51% think it will mostly benefit the rich to 30% for the middle class, and just 7% for the poor.”

TWO NEW OHIO POLLS SHOW DEMS IN THE LEAD FOR GOVERNOR AND SENATOR. A new Quinnipiac poll in Ohio finds Richard Cordray (D) leading Mike DeWine (R) in the governor’s race, 42% to 40%.  Said pollster Peter Brown: “The closeness between Cordray and DeWine should not be surprising, since this race for governor is a re-run of the race between the two men in 2010 for the attorney general’s job that DeWine won by one percentage point. Now, Cordray and DeWine split the key independent vote and get roughly the same share of their party bases.”

LOYALTY PURGE AT STATE DEPARTMENT.  “A senior advisor to the State Department appointed just two months ago has been quietly vetting career diplomats and American employees of international institutions to determine whether they are loyal to President Trump and his political agenda,” Foreign Policy reports.

“Mari Stull, a former food and beverage lobbyist-turned-wine blogger under the name ‘Vino Vixen,’ has reviewed the social media pages of State Department staffers for signs of ideological deviation. She has researched the names of government officials to determine whether they signed off on Obama-era policies — though signing off does not mean officials personally endorsed them but merely cleared them through the bureaucratic chain. And she has inquired about Americans employed by international agencies, including the World Health Organization and the United Nations, asking their colleagues when they were hired and by whom.”

Dems plan to tar GOP Senate candidates with him.

As one Dem put it, Stewart represents "GOP's descent into Trumpism in its vilest form."

NRSC DUMPS STEWART IN VIRGINIA.  Sen. Corey Gardner (R-CO), the head of the National Republican Senatorial Committee, told CNN the group has no plans to endorse Corey Stewart (R), the party’s U.S. Senate nominee in Virginia.  Said Gardner: “We have a big map, right now we are focused on Florida, North Dakota, Missouri, Indiana. I don’t see Virginia in it.”

NEW POLL SHOWS BLUE WAVE.  A new George Washington University Politics Poll finds Americans are overwhelmingly engaged in the upcoming 2018 congressional elections with 78% of registered voters saying they definitely will vote in the November general elections and another 15% said they probably will. Only 2% said they would definitely not vote

On a generic ballot for U.S. House, voters chose Democrats over Republicans, 45% to 38%.

Said pollster John Sides: “In two respects, the poll suggests some Democratic advantages that are less visible on the surface. Democratic voters remain more politically engaged than Republican voters on several dimensions—including their willingness to do the spadework of an election campaign. And Democratic incumbents in the U.S. House are perceived more positively than Republican incumbents. Whether that will add up to a veritable ‘wave’ remains to be seen.”

TRUMP SEEKS TO SHUT DOWN DACA IN A MATTER OF WEEKS. “The Trump administration is urging a federal court in Texas to declare DACA illegal, setting up a potential conflict that could allow the government to shut the program down within a matter of weeks,” NBC News reports.  “While this latest development has received little attention, it could suspend or stop a federal initiative that has allowed 700,000 young people, known as Dreamers, to avoid deportation.”

Trump got what he wanted in Singapore, but the shelf life of this “win” is likely to expire in about a week. @frankrichny writes https://t.co/PS7wXIlB8l

WHERE DID TRUMP GET THE IDEA?  From the Wall Street Journal in January:  “Around the same time, Mr. Trump had an idea about how to counter the nuclear threat posed by North Korea, which he got after speaking to Russian President Vladimir Putin: If the U.S. stopped joint military exercises with the South Koreans, it could help moderate Kim Jong Un’s behavior.  Defense Secretary Jim Mattis used an approach that aides say can work: “He says, ‘Your instincts are absolutely correct,’ and then gets him [the president] to do the exact opposite of what his instincts say,” said one person close to the White House. Mr. Trump dropped the idea, although he has ordered aides to give the exercises a low profile, eliminating press releases and briefings about them.”

According to reports, the Pentagon did not know Trump would promise to stop the military exercises with South Korea at his summit with Kim this week.

IS COHEN ABOUT TO FLIP?  “As attorneys for Michael Cohen rush to meet Judge Kimba Wood’s Friday deadline to complete a privilege review of over 3.7 million documents seized in the April 9 raids of Cohen’s New York properties and law office, a source representing this matter has disclosed to ABC News that the law firm handling the case for Cohen is not expected to represent him going forward.”

“Cohen, now with no legal representation, is likely to cooperate with federal prosecutors in New York, sources said. This development, which is believed to be imminent, will likely hit the White House, family members, staffers and counsels hard.”

Meanwhile, Cohen is telling friends that he expects to be arrested soon, CNBC reports.

MORE PRUITT CORRUPTION.  EPA chief Scott Pruitt “last year had a top aide help contact Republican donors who might offer his wife a job, eventually securing her a position at a conservative political group that has backed him for years,” the Washington Post reports.

“The job hunt included Pruitt’s approaching wealthy party supporters and conservative figures with ties to the Trump administration. The individuals said he enlisted Samantha Dravis, then serving as associate administrator for the EPA’s Office of Policy, to line up work for his wife.”

Here are some things to watch following the Trump-Kim meeting. @natsecHeather writes https://t.co/qnhdtn7Dt1

Paul Ryan announced that the House will vote next week on two Republican bills that address the fate of young undocumented immigrants https://t.co/jcPdTvloyV

HOUSE WILL VOTE ON TWO IMMIGRATION BILLS.  The House is set to vote next week on two competing immigration bills after Republican negotiations on a compromise fall short, the Washington Post reports.  The word came shortly after rebellious moderates appeared to come up two votes short in their effort to force votes on immigration in defiance of leadership.

One bill is a conservative plan. The other is a measure, yet to be finalized, that conservatives and moderates have been discussing for weeks.

INHOFE CALLS ON PRUITT TO GO.  Sen. Jim Inhofe (R-OK), who has known EPA Administrator Pruitt for years and hails from the same state, told Laura Ingraham on her radio show that the endless scandals surrounding Pruitt may require him to step down.

Said Inhofe: “I see these things, they upset me as much as they upset you. And I think something needs to happen to change that. One of those alternatives would be for him to leave that job.”

By deploying his dishonest political style in a bank shot effort to take gut the Affordable Care Act, the costs of Trump's lying constantly might finally catch up to him.https://t.co/7zIM8l2FGU

TRUMP DEFENDANTS JOIN FORCES.  Daily Beast: “The arrangement is known as a joint defense agreement, and it allows the lawyers to share information — without violating attorney-client privilege. It’s a common strategy when multiple defendants are dealing with the same prosecutor on the same matter. Joint defense agreements often annoy prosecutors since they let people being investigated share information and compare notes on what the government is doing.”

“Joint defense agreements can also let people being investigated keep tabs on whether or not their allies have started cooperating with the government.”