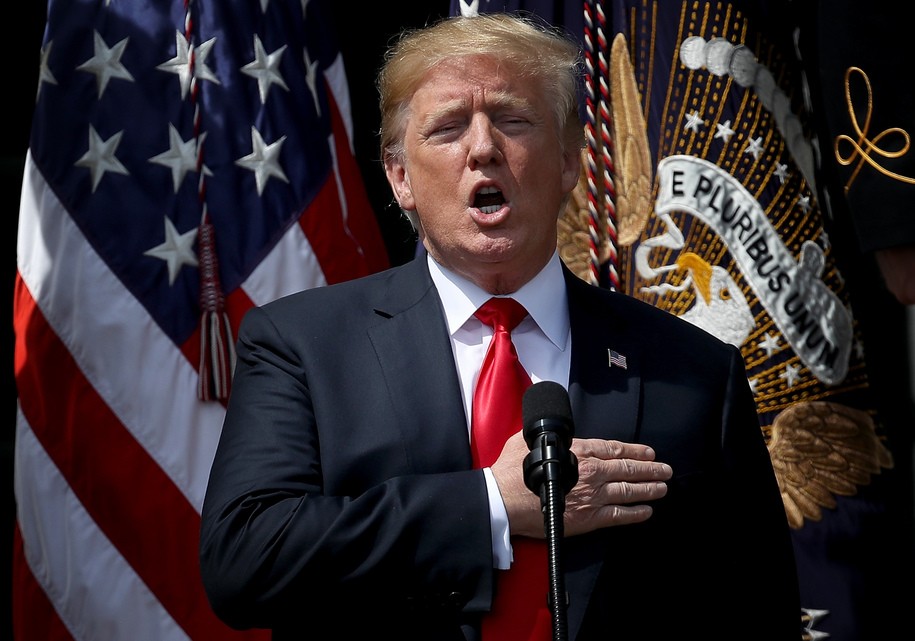 President Trump “is privately telling aides that he is strongly considering pardoning Alice Marie Johnson, a 63-year-old woman serving a life sentence, after meeting with Kim Kardashian to discuss her case, as he becomes increasingly fixated on his ability to issue pardons,” the Washington Post reports.

“Trump has recently become intensely focused on his ability to grant pardons, asking his lawyers to compile a list of candidates. A White House official this week said Trump is ‘obsessed’ with pardons, describing them as the president’s new ‘favorite thing’ to talk about. He may sign a dozen or more in the next two months, this person added.”

“For Trump, the presidential pardon holds a special resonance, representing one area where he has almost unchecked power as other aspects of his presidency… remain outside his control.”

“The White House had been strategizing an exit for Sadler for the last two weeks… There had been a discussion about relocating her to another agency or department outside of the White House, and it remains unclear if she is going somewhere else or leaving the administration entirely.”

.@CarolinePolisi: “Federal prosecutors take witness tampering of this nature extremely seriously and it is actually one of the most frequent reasons some of my clients get their bail revoked—they simply can’t help themselves.” https://t.co/8yYxjzqkqf

The Atlantic: “Robert Mueller’s allegation that Manafort attempted to tamper with a witness permits us to peer inside Manafort’s mind, as it has functioned in a very different set of circumstances. When it comes to Manafort’s own deep problems, his moment of legal peril, he seems unable to muster strategic thinking. He has shown himself capable of profoundly dunderheaded miscalculations.”

“It’s hard to understand how he could have attempted the scheme described by Mueller in the midst of the highest-profile most-scrutinized criminal inquiry of the century. But that alone fails to capture the depths of his blundering.”

Education Secretary Betsy DeVos said that the federal school safety commission set up after the deadly shooting at Marjory Stoneman Douglas High School will not examine the role of guns in school violence, the AP reports.  Said DeVos: “That is not part of the commission’s charge per se. We are actually studying school safety and how we can ensure our students are safe at school.”

Trump unable to remember words to "God Bless America" at replacement event he commissioned to prove his patriotism: https://t.co/LrMPaCEnen pic.twitter.com/oCcWMX9g39

James added that he was still digesting the news of Trump’s disinviting of the Philadelphia Eagles: “That’s typical of him. I know no matter who wins this series, no one wants to go anyway.”

“A special master reviewing a trove of documents and electronic files seized in April from Michael Cohen, President Trump’s longtime lawyer and fixer, said that, at least so far, only a tiny fraction of the materials are protected by the attorney-client privilege, meaning that most can be used by the federal prosecutors who are conducting a wide-ranging criminal investigation into Mr. Cohen,” the New York Times reports.

Let's try not to get overspun if Trump makes a small deal with North Korea: https://t.co/ajTEQYeVFo

Senate Majority Leader Mitch McConnell (R-KY) “told lawmakers that the Senate will recess for one week instead of four to work on nominations and legislation,” the Washington Post reports.

“The additional workweeks in August mean that endangered Democratic senators on the ballot this year will face a dilemma: Attend to Senate business during time they could otherwise use to campaign back home or remain in their states and face criticism that they are shirking their responsibilities in government.”

“Pruitt’s efforts on his wife’s behalf — revealed in emails recently released under a Freedom of Information Act request by the Sierra Club — did not end with Chick-fil-A. Pruitt also approached the chief executive of Concordia, a New York nonprofit organization. The executive, Matthew Swift, said he ultimately paid Marlyn Pruitt $2,000 plus travel expenses to help organize the group’s annual conference last September.”

Sen. Joni Ernst (R-IA) blasted allegations of ethical misconduct by EPA Administrator Scott Pruitt, calling him “about as swampy as you get,” Bloomberg reports.

“Pruitt’s tenure at the Environmental Protection Agency is under intensifying scrutiny, with at least 10 federal investigations probing his $50-per-night rental of a bedroom in a Capitol Hill condominium from a lobbyist, his frequent taxpayer-funded travel and his spending decisions.”

Said Ernst: “He is about as swampy as you get here in Washington, D.C., and if the president wants to drain the swamp, he needs to take a look at his own cabinet.”

BREAKING: The United Nations Human Rights Office just demanded that the Trump administration "immediately halt [the] practice of separating families and stop criminalizing what should at most be an administrative offense"!

NOTE: The Trump administration started this, not Obama pic.twitter.com/TNOAFco5eC

A judge ruled that President Trump can be deposed in a defamation lawsuit brought last year by Summer Zervos, a former contestant on “The Apprentice” who says Trump kissed and groped her after she appeared on the show, Politico reports.

“Trump could still avoid a deposition, though. His lawyers have appealed to New York’s highest court in hopes of avoiding it. His legal team has argued that Zervos’ lawsuit is politically motivated.”

What the final moments in the Obama White House were like: https://t.co/BMl0qjPb2Z

Associated Press: “No state will be more consequential in the success or failure of a prospective blue wave this fall. But before then, Democrats must avoid self-inflicted wounds in Tuesday’s so-called jungle primaries that feature a swarm of ambitious candidates who could cannibalize their own party’s chances. At the same time, Republicans face the embarrassing prospect of failing to nominate any candidates in marquee races for the U.S. Senate and governor.”

Los Angeles Times: “Voters in California’s key House districts are poised Tuesday to determine match-ups that could make or break Democrats’ chances of taking back the House this fall.”

Fox News couldn’t have fumbled the Eagles news worse if they had done so out of the end zone. https://t.co/cfvqkgjqEA

Dana Millbank: “We didn’t know it at the time, of course. But in Bill Clinton were the seeds of Donald Trump.”

“With 20 years of hindsight, it is clear. To see the former president — now promoting a mystery he co-wrote with novelist James Patterson — sit down with NBC’s Craig Melvin was to see how Clinton’s handling of the Monica Lewinsky affair was a precursor of the monstrosity we now have in the White House: dismissing unpleasant facts as ‘fake news,’ self-righteously claiming victimhood, attacking the press and cloaking personal misbehavior in claims to be upholding the Constitution.”

“The former president’s offenses were far less serious than President Trump’s. Trump’s many misdeeds — against women, law, facts, democracy and decency — are in a category of their own. But Clinton set us on the path, or at least accelerated us down the path, that led to today.”

Someone called in a fake hostage situation to Parkland student survivor's home, and police swarmed https://t.co/dXJt4kNPNE

Nate Cohn: “The quirks that make the California primary risky for Democrats also make it a leading indicator of the general election. … Since 1990, the major party vote share in top-two congressional primaries in Washington (which also uses the top-two system) and California has differed from the general election result by an average of just three percentage points.”

“This is about as good as any data we’re going to get. The average House poll over the final three weeks of an election is off by an average margin of 6.2 points… So the primary results are a bit like getting a free round of more than 50 final House polls in early June.”

“If this is a wave environment like in 2006 or 2010, which would probably make the Democrats slight to modest favorites to retake the House, it shouldn’t be too hard to tell. Seat by seat, Democrats would probably be pretty close to half the vote in the seven California districts that Hillary Clinton won in Republican territory in 2016.”

Mike Pompeo advised President Trump that including John Bolton in a recent meeting with a North Korean envoy would have been “counterproductive” https://t.co/v3vB8S7lXT