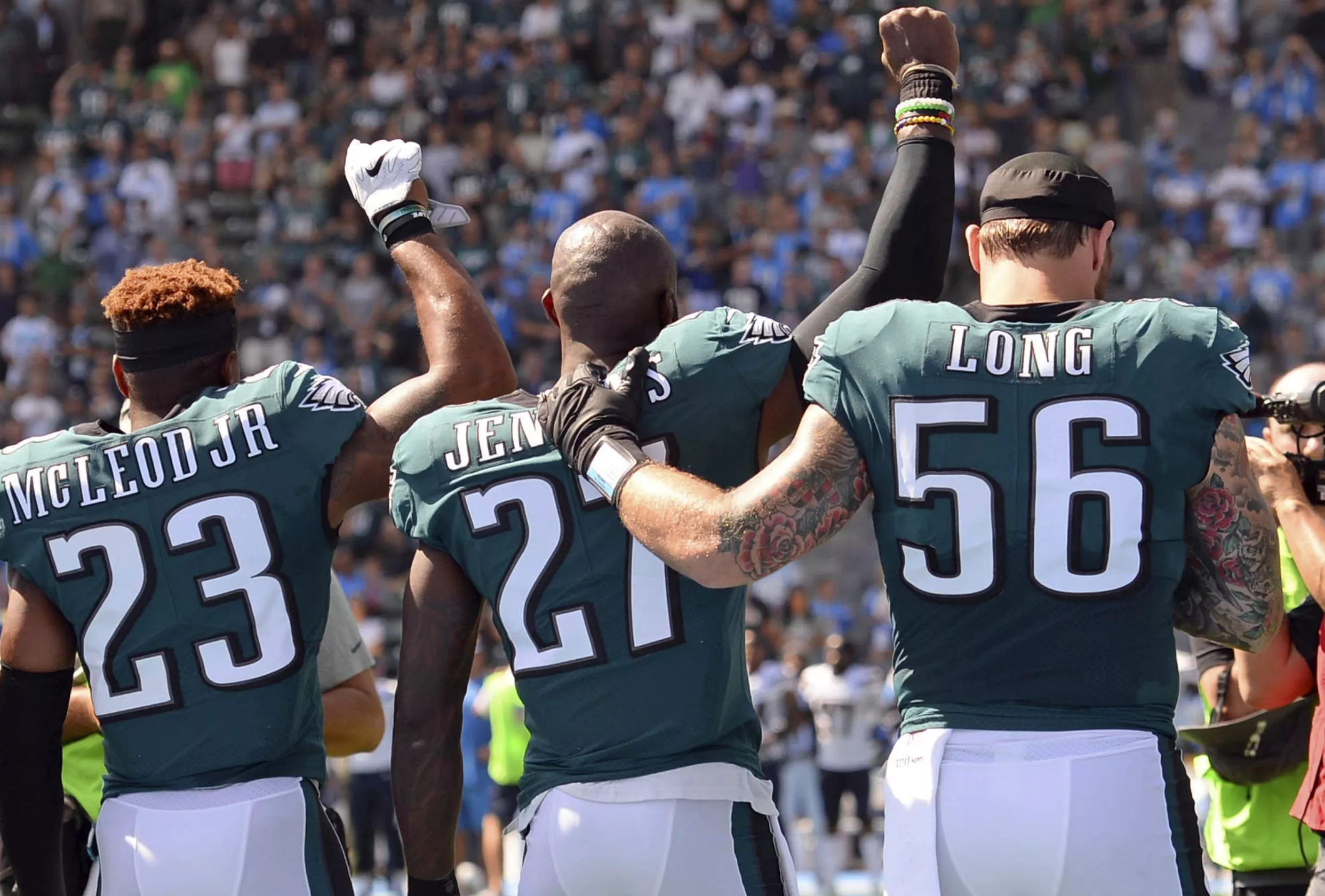 President Trump tweeted that he has the “absolute right to pardon myself,” but says he has “done nothing wrong” in Russia investigation.  His declaration comes after he’s handed down a handful of politically-charged pardons and speculated about a few more — leading some to suggest that he’s sending a message to federal prosecutors and the associates of his campaign whom they are investigating.

“Under the fundamental rule that no one may be a judge in his own case, the president cannot pardon himself.  If under the Twenty Fifth Amendment the President declared that he was temporarily unable to perform the duties of the office, the Vice President would become Acting President and as such could pardon the President. Thereafter the President could either resign or resume the duties of his office.”

Great, so the Nixon DOJ memo just gave Trump an idea: Invoke the 25th, and have Acting President Pence pardon him.   As Laurence Tribe, Richard Painter and Norm Eisen wrote in the Washington Post last year:  “The Constitution specifically bars the president from using the pardon power to prevent his own impeachment and removal. It adds that any official removed through impeachment remains fully subject to criminal prosecution. That provision would make no sense if the president could pardon himself.”

“For nearly a year, the denials from President Trump’s lawyers and spokeswoman were unequivocal. No, the president did not dictate a misleading statement released in his son’s name,” the New York Times reports.

“But in a confidential, hand-delivered memo to the special counsel, Mr. Trump’s lawyers acknowledged that, yes, Mr. Trump had dictated the statement, which attempted to deflect questions about a meeting with a Kremlin-tied lawyer at Trump Tower. Prosecutors are asking whether the statement was part of an effort by the president to obstruct a federal investigation.”

“Even for a president whose false statements have been constantly cited by fact-checkers, this was a stark private acknowledgment of what was a repeated public falsehood.”

"The president’s argument leads to an absurdity and it therefore must have a flaw, but identifying what precisely is wrong with it is a bit of a puzzle." @benjaminwittes breaks down the letter from Trump's lawyers: https://t.co/zdTGdg7tML

“The Supreme Court on Monday ruled narrowly for a Colorado baker who refused to create a wedding cake for a gay couple,” the Washington Post reports.

New York Times: “Justice Anthony Kennedy, writing for the majority in the 7-2 decision, relied on narrow grounds, saying a state commission had violated the Constitution’s protection of religious freedom in ruling against the baker, who had refused to create a custom wedding cake for a gay couple.”

Why you shouldn’t freak out about the Masterpiece Cakeshop ruling https://t.co/cwCvVfygmh

Mueller asked a federal judge to revoke or revise Manafort’s pretrial release.  A defendant sitting in jail pre-trial is far more likely to flip on a Big Fish than one lounging in his living room. This could be a big deal, especially if this case—and/or the new one—drags on for months.

Meanwhile, “Despite President Trump’s declarations that he has expansive powers that could blunt the special-counsel investigation, his legal team is preparing for the possibility of a presidential interview, or a legally precarious subpoena battle over such a sit-down,” the Washington Post reports.

“Trump declared in tweets Monday that he has the ‘absolute right’ to pardon himself and called the special counsel unconstitutional, the latest efforts by the president and his lawyers to assert his authority over the federal law enforcement system.”

“But private moves by Trump’s attorneys and advisers indicate that — despite the president’s public bravado — they are readying for a fraught legal confrontation that could have far-reaching consequences.”

David Wasserman: “Under California’s rules, all candidates in all 53 districts run on the same primary ballot and the top two finishers, regardless of party, advance to the general election. In a few GOP-held seats, there are so many Democrats running that they risk splitting enough votes to allow two Republicans — and zero Democrats—to advance to November. That would be a nightmare scenario for Democrats in otherwise terrific pickup opportunities.”

“Although a shutout isn’t especially likely in any district, it’s a legitimate fear for Democrats. Despite President Trump’s unpopularity in the state and the news that registered Republicans just fell behind ‘no party preference’ voters into third place on the state’s rolls, statistics on vote-by-mail ballots show Republicans, white voters and older voters returning primary ballots at significantly higher rates than Democrats, non-white voters and young voters.”

Every June 5 primary election you should know about, briefly explained https://t.co/fUb4NNlsTg

“In mid-September, the Environmental Protection Agency administrator’s director of scheduling and advance, Millan Hupp, reached out to the Trump International Hotel in Washington, D.C., with an unusual request. Hupp wanted to know how much the hotel would charge EPA chief Scott Pruitt for purchasing one of its used mattresses,” the Washington Post reports.

“The senior EPA official also scouted apartments for her boss in some of the District’s hippest neighborhoods, and helped arrange his family vacation to California over the New Year’s holiday so that the Pruitts could watch the Oklahoma Sooners play in the Rose Bowl.”

Josh Marshall on some interesting timing: “Hard not to notice that within the last 48 hours the President appears to be making a final break with Paul Manafort, now claiming the FBI should have warned him that Manafort was dirty and maybe in league with Russia or pro-Russian forces in Ukraine. (He’s hinted at similar logics before but never been quite this explicit about it.) He is also aggressively claiming an absolute right to pardon himself. Not only are these not the actions of an innocent man. They aren’t the actions of anyone who isn’t seeing their legal jeopardy rapidly increasing. It will be fascinating – in the future – to understand what developments were occurring in the background that made sense of these actions.”

I predict that Manafort has flipped or that Trump thinks he will.

Political analyst Charlie Cook confirmed to Axios that when he addressed senior House Republicans a few weeks ago, he told the group “that the tax cut did help among Republican voters, but helped only a little and temporarily among independents and did nothing with Democratic voters.”

Said Cook: “The essence of what I said was that if they were going to rely primarily on the tax cuts to hang onto their majority, they were unlikely to succeed.”  He added: “Even with the uptick in President Trump’s numbers and in the generic ballot test, I still think it is pretty uphill for them to hang onto their House majority. I use the metaphor of a Democratic tidal wave up against a Republican sea wall. In the House, the wave looks taller and stronger than the wall, in the Senate, the wall looks taller than the wave.”

Former Sen. Rick Santorum (R-PA) told CNN that he believes the White House is “very concerned” about President Trump’s base showing up for the midterm elections in November.  Said Santorum: “They look at the election results in my home state of Pennsylvania… and the fact is that voter turnout in a lot of Trump areas has been very low among Republicans.”  He added: “They need to show something more than just having pass the tax cut to energize the base. If they don’t then they are left saying this is about Donald Trump. I’m not sure that’s enough.”

Jonathan Swan: “On election night 2016, shortly after Donald Trump’s team realized he would win the presidency, Michael Cohen told a handful of people on the 14th floor of Trump Tower about his own dreams for the future — to be mayor of New York.”  Said Cohen: “This is the beginning of a dynasty.”  He added: “I’ve already got the bug. Nobody’s going to be able to fuck with us. I think I’m going to run for mayor.”

First lady Melania Trump will not be joining President Trump on his upcoming trips to the G7 summit in Quebec and the highly anticipated summit between the United States and North Korea in Singapore, ABC News reports.  The first lady has not been seen in public since May 10.  Around that time, she had surgery allegedly to correct some kind of kidney ailment and then spent a week in the hospital.   I have now seen rumors that dispute that, and allege that the surgery Melania Trump had was plastic and not kidney related.  And the reason she had been out of public view is that facial plastic surgery causes much swelling on the face for many weeks.

Who could have predicted that Twitter troll Ric Grenell would make a terrible ambassador to Germany https://t.co/eCrl00RkdN

“Leading Republican candidates are depicting many undocumented immigrants as criminals and endorsing a proposed wall on the Mexican border, adopting President Trump’s hard-line stance and alarming some who fear the GOP is out of step with a rapidly diversifying nation,” the Washington Post reports.

“The party’s increasingly aggressive tone on the issue represents a shift from just two years ago, when many Republican leaders criticized then-candidate Trump’s rhetoric as racially charged and predicted he would alienate Hispanic voters.”

“A group of top business economists believes the major tax cuts President Donald Trump pushed through Congress will give a significant boost to economic growth this year and next year. But they worry that by 2020, the country could be entering a new recession,” the AP reports.  “Part of the drop-off in optimism reflects growing worries about what Trump’s get-tough approach on trade might do to U.S. growth prospects.”

.@UriLF on the threat to Kim Jong Un within North Korea: https://t.co/G0Sd4VrYwN

Jim VandeHei: “In our lifetime, no president has matched Donald Trump’s ability to summon the power of the pulpit, friendly media, and the tweet-by-tweet power of repetition and persuasion to move minds en masse.”

“You see this in the silence of Republican critics; the instant shifts in GOP views of the FBI, Putin and deficits; and the quick, widespread adoption of his branding efforts around ‘deep state,’ ‘Spygate’ and ‘no collusion.’ We hear so much, so often that we become numb to what Trump is doing. This allows big things (such as fundamental shifts in governing norms) to seem like small things or nothing at all.”

“Trump and allies are floating untested legal arguments: The president can’t obstruct justice, or can unilaterally shut down probes of himself, or can even pardon himself. If you think he won’t try something unprecedented — and maybe get away with it, at least with Republicans — you aren’t paying attention.”

Playbook: “A petition to force a wide-ranging immigration debate on the House floor stands at 213 — five short of the requisite 218. House Republican leaders have been working feverishly behind the scenes to strike a compromise that would avoid the free-flowing debate, and instead give Republicans a series of circumscribed votes this month. The GOP has scheduled a two-hour policy meeting Thursday to discuss immigration.”

“No matter what happens, these next four weeks will be dominated, in part, by the immigration debate that Congress has been yearning for for the last six years. This could be a defining moment for the GOP, and there is lots of skepticism that this will go smoothly.”

“The evening before the Super Bowl champion Eagles were to visit the White House, President Trump released a statement: the trip is off,” the Philadelphia Inquirer reports.

Said a statement: “The Philadelphia Eagles are unable to come to the White House with their full team to be celebrated tomorrow. They disagree with their President because he insists that they proudly stand for the National Anthem, hand on heart, in honor of the great men and women of our military and the people of our country.”

What a pathetic little bitch this President is. He can’t handle anyone disagreeing or criticizing him.