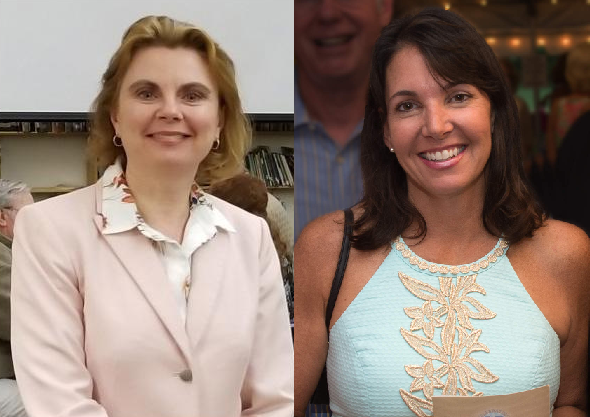 He has two pieces out at Exceptional Delaware that cut to the chase about two candidates in the crazy race for Auditor.   The first is about Kathy McGuiness, the Republican socialite who, as Kevin himself says, follows the public schedules of Governor Carney and Lt. Governor Hall Long up and down the state, appearing often at the same events, and sitting with them in the seats reserved for statewide elected officials, even though she is not one.  Kevin’s beef with Kathy is that she is unqualified and does not appear to be hiding the fact that she will serve lawmakers and not the people.

Out of all the ROW offices that we elect statewide, the only two that should be elected positions are Attorney General and Auditor.  Why?   Because, by the very nature of their offices, they act as a check on the functions and actions of both the Executive and Legislative Branch.   So we put the people in charge of appointing these quasi-independent agencies/departments, so as to maintain the air of independence these offices are supposed to have.   Unqualified in accounting and inexperienced in auditing, McGuiness’ sole qualification for the job appears to be that she is a lackey and follower of a host of other elected Democrats and some Republicans up and down the state.  Which then begs the question of whether McGuiness would actually do the work of auditing offices of her friends.

Kevin’s other piece deals with the big question surrounding another candidate in the Auditor race: Kathleen Davies, which may finally both answer that question/concern and create some new controversy for other people:

For over two years, Delaware citizens wondered why Kathleen Davies was put on leave by Delaware State Auditor Tom Wagner.  Now, finally, the truth can be told.  The News Journal article from the Summer of 2016, which gave a false picture of Davies’ administrative paid leave from the Office of the Auditor of Accounts, had very little basis in fact.  Last week, Davies prevailed in an unemployment hearing against the Delaware Auditor of Accounts.  The Referee’s Decision, seen below, shows a preponderance of evidence that Davies was put on leave without just cause and found the testimony from Wagner to contradict itself many times.  One thing to keep in mind, while reading this post, is the Delaware Department of Education and the Office of the Auditor of Accounts is in the same building in Dover.

The unemployment hearing was an appeal filed by Davies.  The claims deputy at the Department of Labor denied Davies’ request for unemployment.  That decision was reversed at the May 22nd, 2018 hearing.

As I suspected, the catalyst for Davies’ leave and eventual termination was the 2016 Statewide eSchoolPlus and Unit Count Performance Audit (UCPA).  One of Davies’ subordinates claimed Davies was at fault for failing to adhere to the Generally Accepted Government Auditing Standards (GAGAS) and violated procedures from the Office of the Auditor of Accounts (OAOA).  To wit, she claimed Davies sending State Representative Kim Williams a draft copy of the audit was against the rules.  But the crucial facts are very clear- Wagner gave Davies a delegation of authority to take on his duties as State Auditor in the event of his absence from the office.  The below decision states Wagner’s absence from the office happened frequently.  As well, because Davies had that authority, sending Rep. Williams a draft copy was a part of the GAGAS guidelines because it gave more depth to the audit inspection report.

The subordinate also claimed Davies attended an AFL-CIO conference in Pittsburg, PA without approval from Wagner.  But evidence at the unemployment hearing showed Wagner gave Davies permission.  The subordinate took it upon herself to conduct an investigation against Davies.  At no point in time did the subordinate report her allegations against Davies to Wagner but, instead, went to the Office of Management and Budget which was run by former Director Ann Visalli.

In the Referee’s Decision, the report stated the following about the subordinate’s testimony during the hearing:

…testimony was rife with hearsay, speculation and subtle misleading representations of the contents of evidentiary documents and interpretations of policies and professional standards.

I will let you read the rest at Kevin’s site.   Read it all.  Essentially, Davies was inappropriately maligned within the Auditor’s office BECAUSE she was performing too many audits of Charter Schools.

So we have the Delaware DOE’s thumbprint all over Davies’ leave two years ago.  We have Tom Wagner sounding like a complete buffoon with how he handled this.  Somehow, a subordinate was able to get Davies put on leave by leapfrogging to the Office of Management and Budget.  At the time, Davies name was all over many education inspections, most dealing with charter schools.  As a result of her reports, schools like Family Foundations Academy and Academy of Dover had their leaders eventually go to prison.  In addition, the highly controversial charter school audit bill that pitted Rep. Williams against Senator David Sokola had been going on for months.  I previously reported how a former Delaware DOE employee anonymously reached out to me following Davies’ termination and claimed she “had a falling out with Wagner“.  Which means employees at the Delaware DOE were aware of things going on in the Auditor’s office.  While I will not out this former DOE employee, I will say they were very involved with charter schools and, by default, had constant communication with Davies regarding charter school audits.

Wagner and Charter School Democrats like Senator Sokola were not pleased that an auditor was busting up the for profit anti public school game they had going on.   So they had her put on leave.  Sounds like they would love to have a lackey socialite like Kathy McGuiness to be Auditor because she won’t rock the boats they don’t want rocked.

In my mind, this makes Davies even more qualified for the job than she already was.

5 comments on “Kevin Ohlandt is on fire.”