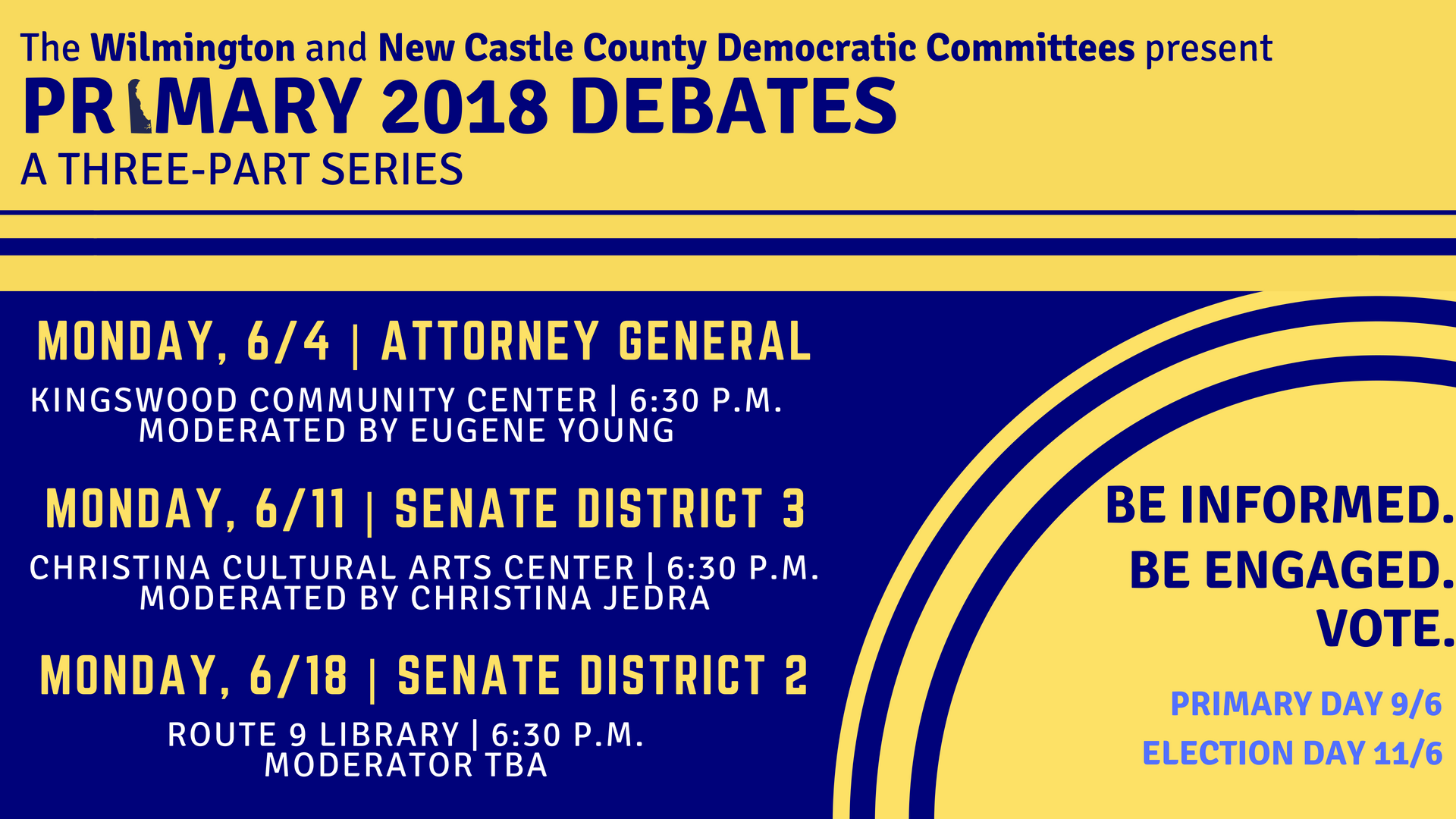 The Wilmington Democratic Party is sponsoring a debate tonight in the Attorney General Democratic Primary tonight, starting at 6:30 p.m. at the Kingswood Community Center, located at 2300 Bowers Street in Wilmington, Delaware.  The debate will feature the four Democratic candidates, LaKresha Roberts, Chris Johnson, and Kathy Jennings, and it will be moderated by former Mayoral candidate Eugene Young.

[Update: we have been informed that Mullaney has withdrawn from the debate.  Makes sense.  Given his answers in other forums/interviews, he would be advised to run as a Republican anyway.]

The Wilmington Democratic Party will also be hosting debates later in the month in the city’s two competitive Senate seats, both of which already feature multiple candidate primaries.  The debate in Senate District 3 (West Wilmington) will be held on Monday, June 11, 2018 at 6:30 p.m. at the Christina Cultural Arts Center (705 N Market St, Wilmington, DE 19801).  It will be moderate by Christina Jedra.   Right now, that debate will feature Elizabeth “Tizzy” Lockman and Jordan Hines.  Incumbent Senator Bob Marshall has not announced a campaign for reelection and has said he will not be at this debate.  Hopefully that means he will retire.