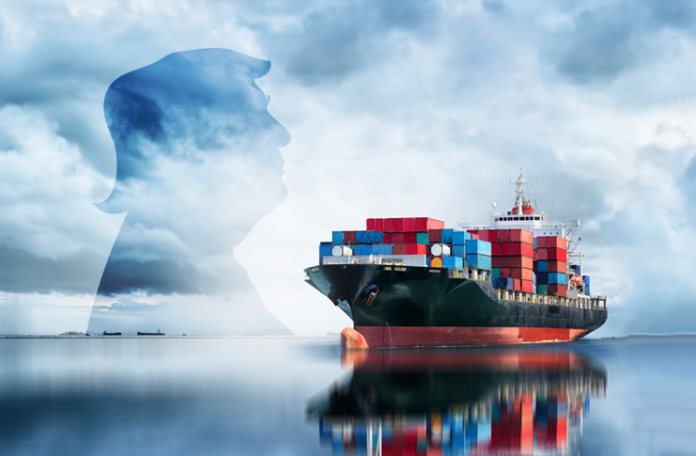 HERE COMES 1929.  President Trump imposed steel and aluminum tariffs on the European Union, Canada and Mexico, the Washington Post reports.  “The move is certain to trigger retaliation by the E.U. against a range of American products, including Kentucky bourbon and Harley-Davidson motorcycles, and could complicate talks over a possible new North American trade deal — further straining ties between the United States and some of its closest allies.”

MORE OBSTRUCTION. Jonathan Swan: “President Trump pressured Attorney General Jeff Sessions to reclaim control of the Russia investigation on at least four separate occasions, three times in person and once over the phone.”

“The fact that there were multiple conversations shows that Trump’s pressure on Sessions to stop recusing himself was heavier than previously known. The sustained pressure made several officials uncomfortable, because they viewed it as improper and worry that it could be politically and legally problematic.”

“Four sources with direct knowledge told me Trump has been obsessed by the Mueller investigation over the past year. That’s been clear from his tweets. But privately he’s been brooding about it so persistently, people close to him worry he can’t help but make the situation worse for himself.”

According to one of Axios’ sources, Trump also encouraged Sessions to open an investigation into Hillary Clinton, who continues to be the subject of “lock her up chants” at Trump rallies.   Sessions has said he was following Justice Department protocols in recusing himself from the Russia investigation. He also said in his confirmation hearing he would recuse himself from investigations into Clinton and any probes linked to the 2016 campaign.

This was after he pardoned convicted felon and conservative (really, the two go hand in hand) Dinesh D’Souza, who told the Daily Caller that Sen. Ted Cruz (R-TX) was the major impetus behind his pardon by President Trump.  “D’Souza noted that he and his wife had dinner with Cruz approximately a month ago. At the dinner, the senator made clear he would push for a pardon during his conversations with President Donald Trump. D’Souza said he then received a call in recent days from Cruz, who told him Trump was very receptive to the pardon and that action could be coming imminently.”

Hey Trump, how about just pardoning all political criminals.  Oliver North.  G. Gordon Liddy.   Many more to chose from.

“The meeting, which was not on the governor’s official schedule, comes amid speculation over whom the Republican governor would appoint to fill the Senate seat should the ailing 81-year-old senior lawmaker and Vietnam War hero unexpectedly leave office. Under state law, Wednesday marks the final day that a vacancy for McCain’s seat could trigger a special election before 2020. After Wednesday, Ducey will have the power to appoint someone to the Senate seat if it did become open.”

Arizona Republic: “In recent days, various media outlets have published reports about whom Ducey might appoint, speculating that the senator’s wife, Cindy, is among those under consideration.”

Trump's pardons are right wing trolling. I run down some of what makes Dinesh D'Souza so vile here: https://t.co/fvhuDU1tng

GERMAN BAN.  President Trump wants to impose a total ban on the imports of German luxury cars, according to a new report from CNBC and German magazine WirtschaftsWoche.  Several U.S. and European diplomats told the news outlets that Trump told French President Emmanuel Macron about his plans last month during a state visit.

Trump reportedly told Macron that he would maintain the ban until no Mercedes-Benz cars are seen on Fifth Avenue in New York.  Shares of Daimler, Porsche and Volkswagen were lower on Thursday, shortly after the weekly German business magazine published the report.

Trump's weaponization of pardons for use in the culture war could be a big part of his legacy, writes @GrahamDavidA: https://t.co/ZgMNcsNcYh

SPYGATE DIES.  President Trump’s “claim that the FBI embedded a spy in his campaign for political purposes began to crumble Wednesday after a prominent Republican, as well as defenders of the president, said he might have the story wrong,” Politico reports.

The low birthrate reveals the hollowness of our economic recovery. Young people remain saddled with debt, with stagnant wages. https://t.co/NdO6bjr8x2

“In the document, whose contents have not been previously reported, Mr. McCabe described a conversation at the Justice Department with the deputy attorney general, Rod J. Rosenstein, in the chaotic days last May after Mr. Comey’s abrupt firing. Mr. Rosenstein played a key role in the dismissal, writing a memo that rebuked Mr. Comey over his handling of an investigation into Hillary Clinton.”

“But in the meeting at the Justice Department, Mr. Rosenstein added a new detail: He said the president had originally asked him to reference Russia in his memo, the people familiar with the conversation said. Mr. Rosenstein did not elaborate on what Mr. Trump had wanted him to say. To Mr. McCabe, that seemed like possible evidence that Mr. Comey’s firing was actually related to the F.B.I.’s investigation into the Trump campaign’s ties to Russia, and that Mr. Rosenstein helped provide a cover story by writing about the Clinton investigation.”

CALIFORNIA DISASTER.  Washington Post: “Confused and frustrated, a growing number of Democrats are blaming their own party as they seek to avert a drubbing in Tuesday’s congressional primaries here that would leave their candidates shut out of the November ballot in some races — and with a narrower path to win control of the House of Representatives.”

“Candidates are scrambling to set themselves apart, Democratic groups are urging unity to gain control of the House — and many voters are wondering how to contend with the despair they would feel if Democrats were locked out in this liberal state.”

Time to repeal this stupid law.

TRUMP LIES AGAIN.  President Trump claimed he did not fire FBI director James Comey over the Russia investigation.  Tweeted Trump: “Not that it matters but I never fired James Comey because of Russia! The Corrupt Mainstream Media loves to keep pushing that narrative, but they know it is not true!”

We have video, the interview with Lester Holt, where Trump admits he fired Comey because of Russia.

THE SESSIONS PROTECTION PROJECT.  Associated Press: “Ten months later, the Republican campaign to save Sessions has continued and — at least for now — succeeded. In private meetings, public appearances on television and late-night phone calls, Trump’s advisers and allies have done all they can to persuade the president not to fire a Cabinet official he dismisses as disloyal. The effort is one of the few effective Republican attempts to install guardrails around a president who delights in defying advice and breaking the rules.”

“It’s an ongoing effort, though not everyone is convinced the relationship is sustainable for the long term.”

TRUMP CAN’T EVEN ENDORSE RIGHT.   President Trump issued a Twitter endorsement of Rep. Dan Donovan (R-NY) who is facing a primary challenge from former Rep. Michael Grimm (R-NY): “There is no one better to represent the people of N.Y. and Staten Island (a place I know very well) than @RepDanDonovan, who is strong on Borders & Crime, loves our Military & our Vets, voted for Tax Cuts and is helping me to Make America Great Again. Dan has my full endorsement!”

“An unforced error — and an embarrassing one at that for the leader of the Republican Party…. What is going on in the White House? It’s tough to think of a mistake easier to avoid than whether a lawmaker voted for the largest legislative achievement of the past two years.

Days after the 2016 election, Obama told his team “Maybe this is what people want. I’ve got the economy set up well for him. No facts. No consequences. They can just have a cartoon.”
A perfect summary of the world as it is by @brhodes. https://t.co/nqQUaBkjpI

VIRGINIA EXPANDS MEDICAID.  “Six years after the U.S. Supreme Court left the decision to states on whether to expand their Medicaid programs under the Affordable Care Act, Virginia is about to extend health care coverage to hundreds of thousands of Virginians without it,” the Richmond Times Dispatch reports.

“Gov. Ralph Northam has left no doubt he will sign a pair of budget bills that will begin a two-phased process of receiving federal approval to expand Medicaid in Virginia on Jan. 1, relying on billions of dollars in long-available federal funds and a pair of taxes on hospital revenues to pay for it.”

Washington Post: “Years of obstruction in the commonwealth gave way because key Republicans from rural areas couldn’t bear to deny coverage for their constituents any longer, moderates wanted to cut a deal and, most of all, Democrats made massive gains in November’s off-year elections.”