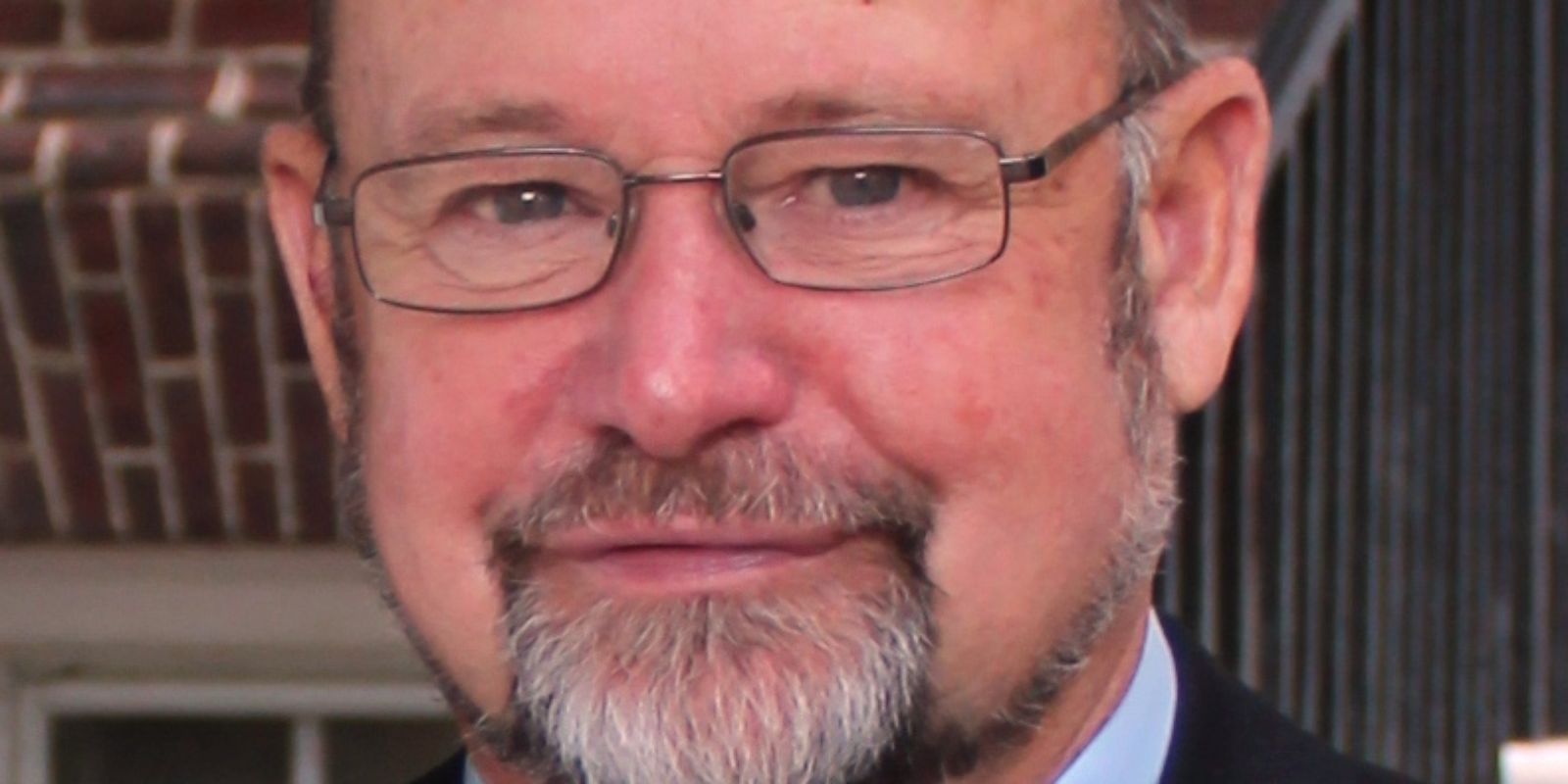 I hope he’s doing okay. I read two pieces reported by WDEL’s Amy Cherry the other day about the Omnibus School Safety Fund Act he’s submitting that have me legitimately concerned about him.

Senator Dave Lawson said, under his bill, schools would be required to hire two armed security personnel at their expense before those schools could access a pot of one-time money to the tune of $65 million which could be used for security upgrades, including bulletproof glass, metal detectors, key card entry, and video surveillance.

We’re talking about school kids and their safety here so let’s give Lawson the benefit of the doubt for now. Peeling away the extortionist patina on this legislative proposal, I am not getting the sense of “this’ll fix it” Senator Lawson seems to be. Hopefully he’s engaged with experts in the realm of school safety and security (yeah, we have those in America) to craft a well thought out bill that really puts the kids first.

National school security expert Kenneth Trump, who owns the Cleveland-based consultant group National School Safety and Security Services and has worked with a number of schools across the country to implement safety plans, said school security has been hijacked by gun control advocates and gun rights activists since Sandy Hook. He likened the senator’s plan to extortion.

“It’s one of the most blatant efforts to nudge schools to put non-law enforcement professionals, who are armed, in school settings, that I’ve seen across the country,” he said. “To entice school officials by tying it into dollars that could be otherwise used without any strings attached to have armed personnel, it’s just a way of bribing school officials.”

Alright, so not the best review Lawson’s bill could have gotten. Maybe I wasn’t completely off the mark with my initial reaction. But still, it’s about the kids right? I mean it wouldn’t it make the most sense to first examine the existing security infrastructure we have in our schools before adding something new on top of it? Doing just that reveals that most public middle and all public high schools in Delaware have at least 1 school resource officer staffing the school every day. In instances where the school is physically located in a municipality with a police department, those community-based officers are in the schools. Otherwise it’s a Delaware State Trooper. These are law enforcement professionals, trained in not only firearms proficiency but in a myriad of other important skills that might be called upon during any given day in a school. De-escalation, conflict resolution, mentor-ship. Most of us would agree, I hope, that school resource officers provide not only a service, but value to our schools and students that goes well beyond armed security. School districts budget funds annually for the services of our resource officers.

It would seem we have the ‘armed’ part of armed security in place. Kenneth Trump agrees. It would be better to invest more in SROs and mental health & student life programs.

Trump is not against guns in schools, but said a better plan would be to hire more school resource officers, who are commissioned law enforcement, trained to operate in youth settings. In states where laws have been changed to permit non-law enforcement armed professionals in schools, Trump said many superintendents are saying, “thanks, but no thanks.”

I have very strong feelings against ‘more guns’ in schools to begin with, but even I agree resource officers are an indispensable component of our education system. We ought to do more to support them. Perhaps create a pot of money at the state level to dispense to school districts to help offset costs. Senator Lawson holds a different opinion, and this is where I become concerned.

“It has nothing to do with guns; it has to do with saving our kids,” said Lawson. “I take exception with him saying that this is a ploy to get guns in schools; were I talking to him, and he said that to me, he had one more chance to say something else, and that would be ‘goodbye.'”

“He makes his money on the back of an agenda, apparently…he’s going to come in and flyover and say he’s the expert? Well, I’ve got 27 years in law enforcement, 14 years on the tactical team, and I have done my share of VIP protection, warrant service, hostage negotiation…so I’m not some college-educated individual that is just coming up with some political plan to do this.  I understand what’s happening.  I understand what the people want done to protect their children.”

It has nothing to do with guns? Now I’m questioning whether Lawson has read his own bill. He literally is proposing to station two armed mercenaries at our schools. And I’m not sure who called into question Lawson’s law enforcement background or why he felt the need to share it, given the context of his bill, because if anything him going through his CV as the basis for “knowing what the people want done” actually makes the case that investing in school resource officers would be the thing to do, in direct conflict with what he put in this bill. His reaction to Kenneth Trump’s criticism of the bill has all the warning signs of “I didn’t actually write this, but I totally am going to play it of like I did, and I have no idea who Kenneth Trump is or what he does”. So the question is, who exactly wrote this bill for him?

“SROs in Delaware are pulled away for every whipstitch that happens. If a kid acts up in school, that SRO loads the kid up and takes ’em to court, so now the school’s not protected…if [Trump] were here, he would see the problem. I appreciate the 30,000-foot view, but on the ground, it’s different,” said Lawson.

“I am not concerned about their psychology, and all of that kind of stuff, the SROs can still be there, and they can deal with those kind of issues. What I’m concerned with is the hardening, and I mean hardening, of our schools to make them safe,” he said. “I don’t want these guards interacting with the kids. They’re there for safety; they’re not there to be their best friends, or their counselors, or their buddies.”

First of all, whipstitch? Second, he calls into question whether Kenneth Trump actually “sees the problem’. The man’s company is run by, wait for it, retired school police and security officers, current and retired school district administrators, and behavioral health experts. The problem IS their job. So what in the world is Lawson even talking about here?

You know what would probably increases the chances of an intervention prior to mass murder happening? Kenneth Trump does:

“Having crisis teams at each school that reviews emergency plans, training your staff, practicing knockdowns during lunch and between class change–not just in the morning or when it’s convenient–having threat assessment teams and doing prevention and mental health services for children, all of these proven best practices are not being done while people are getting a stuck tunnel-vision focus on the active shooters and ignoring other types of threats that are more likely to occur that may have a lower impact,” said Trump.

But psychology ‘and all that kind of stuff’ isn’t relevant to this situation says the Senator. Lawson’s bill is “modeled on” a system in place in Israel where “school shootings are rare”. Couple problems there Senator. Some of which are mentioned in the second article:

A Washington Post article, dated February 22, 2018, points to most schools having one unlocked entrance staffed by an armed guard due to fears of terrorism. But the article also cites Israeli security experts, who said gun violence is so low in the country because private gun ownership is rare.

“According to data from Israel’s Ministry of Internal Security, which registers all gun owners, about 260,000 Israelis, or about 3.5 percent of the population, have permits to carry firearms. Half of the permit holders are private citizens, and the others work for security firms,” author Ruth Eglash wrote.

What parts of that Israeli model is he culling from? The part where private gun ownership is rare? The difficulty of purchasing a gun? Or that half of all gun owners work for security firms? The part where Israel is smack in the middle of a perpetual war zone? Or just the part about “armed guard at school”?

A few other points of consideration. A proposal to solve any complex problem that has only one source of information should arouse suspicion. Try writing a research paper, citing only one source, and see the grade you get. Why is it acceptable to do that for laws? Especially when there is a plethora of evidence in countries with extremely rare or no mass shootings at all, let alone in schools, that don’t station armed guards in schools. Is there a reason he ignored all of their systems? Probably. They don’t involve putting more guns in schools.

“I am not concerned about their psychology, and all of that kind of stuff, the SROs can still be there, and they can deal with those kind of issues.”

That quote alone tells you what the purpose behind this bill isn’t. It isn’t to protect our kids and prevent mass shootings. It’s retaliatory. It’s for after the shooting’s started. It has nothing to do with addressing root causes of the school mass murder culture we have in the United States and stopping them before they happen. SRO’s aren’t psychologists. We certainly could put more psychologists in schools though.

“We’re concerned about entry into the school. Period,” he said. “They’ll be trained to do what they need to do should a violent situation come to pass…you have to have back-up.  Sending one in there to do that, even though they have all the touchy-feely, good training doesn’t save our kids.”

France had the Magniot Line.

Look, I don’t know what got into him, but this behavior and legislation proposal has me quite concerned for Senator Lawson and whomever is writing his bills for him. Even the article describing the model Israel uses counters the arguments Lawson is making.

The article cites Simon Perry, a criminologist at the Hebrew University in Jerusalem, who said, “Gun culture in Israel is different,” and that obtaining a weapon in Israel is very difficult.

My bottom line here is this. We already have security infrastructure in our schools. We already have security personnel including armed security in the form of SROs. Is there a reason we shouldn’t maybe invest more in that system and maybe at the same time throw a few peanuts at our mental health & student life services? I don’t have one. Lawson thinks there is, though, and that extorting schools to hire mercenaries before they can spend any money earmarked for security upgrades based upon one component of a complex system one country located in a war-zone uses while completely ignoring every other developed country in the world where school shootings just don’t happen, is it.

The evidence supporting the opposite of what he’s asking for is out there. It’s even in the research paper cited in the article for him to see. Does anyone have any idea why Senator Lawson ignores all of it except for the ‘armed guards in schools’ part?

I’m not some college-educated individual that is just coming up with some political plan to do this. – Senator Dave Lawson R-Marydel