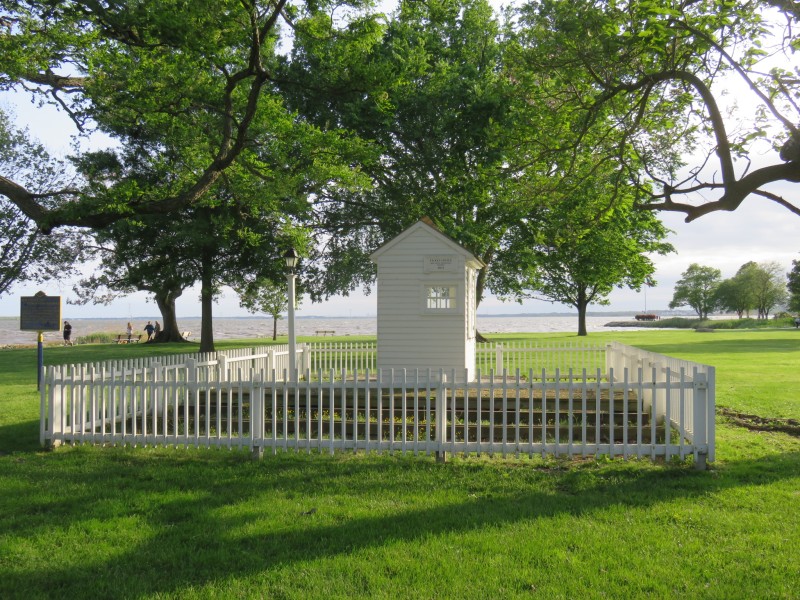 The second oldest train station in the United States is this old ticket office. The office was a station on the New Castle & Frenchtown Railroad, which provided service between the Delaware River and Chesapeake Bay shortly after the Chesapeake & Delaware Canal opened. The station was built in 1832. The ticket office has been preserved in Battery Park in New Castle. Photo by xzmattzx.