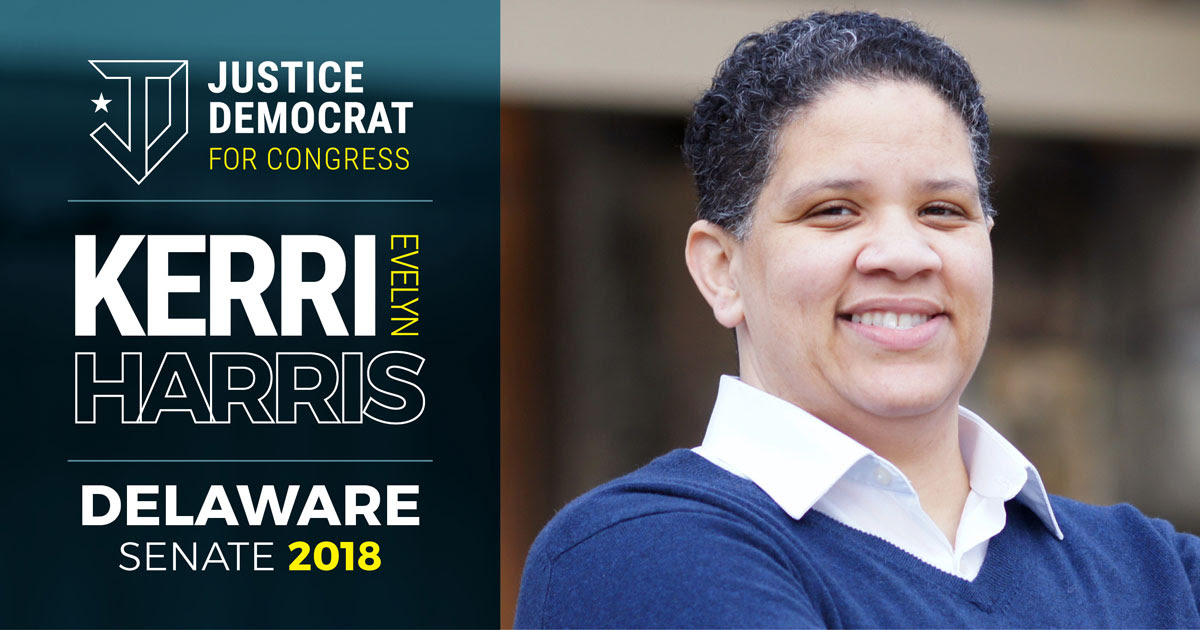 Justice Democrats is a grassroots, small-dollar funded independent political organization founded by former staff of the Bernie Sanders 2016 presidential campaign. Justice Democrats have endorsed over 50 candidates running for federal and statewide office in 2018 who have all rejected donations from large corporations in order to fight on behalf of their voters, not big money donors. All of the Justice Democrats candidates are united around a shared platform consisting of Medicare For All, free college, $15/hour living wage, criminal justice reform and ending mass incarceration.

“We believe our elected leaders should fight for the people, and push back against corporate political power. Kerri has shown through her actions that she will be that leader that stands up for all us,” wrote Alexandra Rojas, Justice Democrats Co-Director. Harris is running on a populist platform, vowing not to accept any campaign donations from corporate PACs, pharmaceutical companies, or the fossil fuel industry. “Shared values, shared vision; thank you Justice Democrats for your endorsement. Together we will take giant steps towards sustainable positive change, unwavering in our demand of justice for all,” said Harris.

Since announcing her candidacy in February, Harris has called for national reforms to many of the issues that Justice Democrats is working to address nationally, including campaign finance reform, protecting Social Security and Medicare, comprehensive immigration reform, and creating a twenty-first century economy based on renewable energy and clean environments.

Harris is challenging longtime Senator Thomas Carper, who has been in the Senate for 18 years, since 2001. Before that Carper served as Governor for 8 years, from 1993 until 2001, and then as our Congressman for 10 years, from 1983 until 1993, and our State Treasurer for 6 years, from 1977 until 1983. I am 42 years old, and I am one year older than Tom Carper’s political career. He is 71 years old. If you open the dictionary to look up the term “Corporate Democrat,” Tom’s picture is right there. His work on the environment and recent fight in exposing EPA Administrator Scott Pruitt’s corruption is laudable, but it is not enough to keep him in office when the party and the country have moved fully on from an era of moderate Democrats always seeking bipartisan compromise with willing Republicans acting in good faith.

There are no Republicans acting in good faith anymore.
Republicans believe compromise is when Democrats agree to Republican goals.
And for far too long, Tom Carper has been a willing enabler.