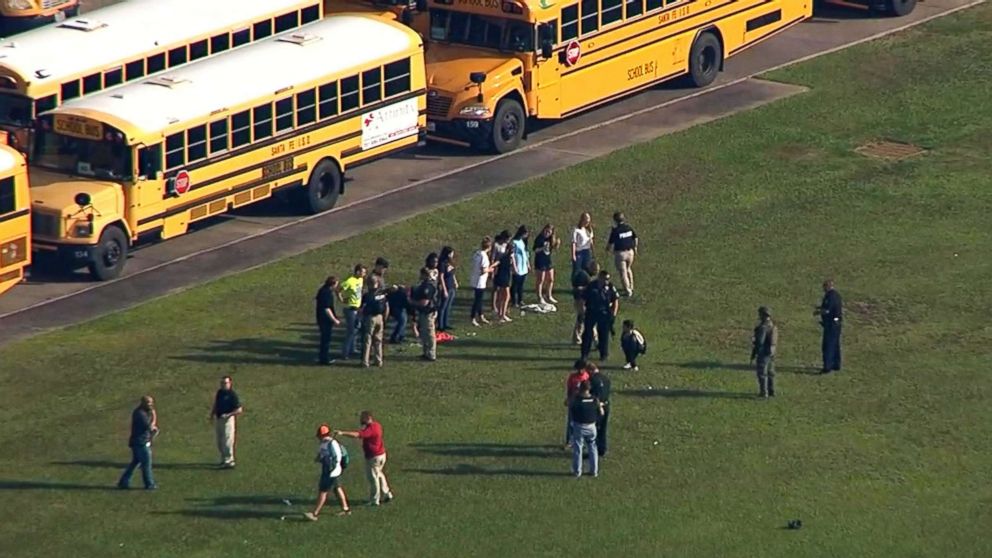 That’s from CNN who mapped them.  (Everytown for Gun Safety pegs the total number this week at 40.)

Including today’s shooting incident at a Texas high school, this year there have already been 22 school shootings where someone was hurt or killed. That averages out to more than 1 shooting a week. https://t.co/DL1wCUAipq pic.twitter.com/Qsw0WlLlJv

This week, it is 10 people dead, 10 people injured.  Students and teachers are among the dead.  The school safety officer was injured.  The same images of young people being asked to form a line while cameras in helicopters.  A new batch of young people who are traumatized by a brush with death.  If I had a kid in school, I would be thinking the odds are increasingly not friendly.  Because this year, there have been more fatalities as a result of school shootings than in the military.

The shooter is caught and apparently was using his father’s weapons.  There seems to be some confusion on the weapons and their provenance, but this 17 year old, sporting Nazi symbols, hanging out with gun nuts online and a Trump supporter walked into Santa Fe High School for the purpose of mayhem.  Sound familiar?  If there was ever a case for profiling anyone, mass shooters are it.

It’s appalling.  It’s heartbreaking.  And we are now witnessing the incoming of thoughts and prayers from the very people who could provide a fix to this.  At least slow this killing down.

Locally, we need to insist on the gun bills currently languishing in the GA get votes and get voted into law.  Or we need to be clear about making sure we get some legislators who will get this done.  List of who to contact to follow.