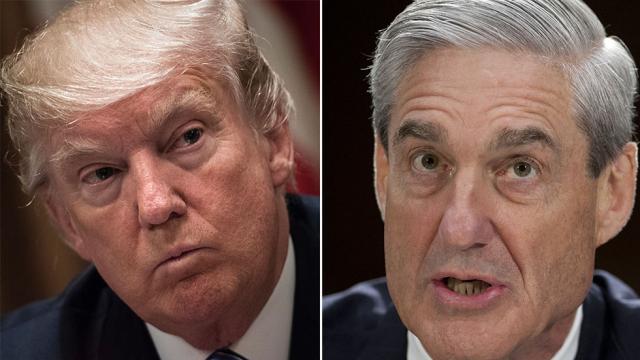 Meanwhile, “the FBI warned four years ago that a foundation controlled by the Russian oligarch who allegedly reimbursed Donald Trump’s personal lawyer might have been acting on behalf of Russia’s intelligence services,” NPR reports.

“FBI Special Agent in Charge Lucia Ziobro wrote an unusual column in the Boston Business Journal in April of 2014 to warn that a foundation controlled by Russian energy baron Viktor Vekselberg might be part of a Moscow spying campaign that sought to siphon up American science and technology.”

“Cities across the country are turning down the opportunity to host the 2020 Republican National Convention, where President Trump is expected to be nominated for a second term,” The Hill reports.

“The cities that have rejected hosting duties insist Trump and today’s divisive politics are not factors in their decisions. They instead cite high security costs and disruptions in the normal flow of business and traffic. But Trump is almost certainly a factor in some cities’ decisions to opt out.”

White House chief of staff John Kelly told NPR that he has no regrets over taking his job.

Said Kelly: “No. I mean there’s times of great frustration, mostly because of the stories I’ve read about myself or others that I think the world of which is just about everyone that works at the complex. I wonder if it’s worth it to be subjected to that. But then I grow up and suck it up.”

He added: “In retrospect I wish I had been here from Day One. … I think in some cases in terms of staffing or serving the president that first six months was pretty chaotic, and there were people, some people, hired that maybe shouldn’t have. … I wish I’d been here from the beginning because I could have brought the organization from, you know, from day one.”

The very serious repercussions of reneging on the Iran deal: https://t.co/NKmdCBsrgf pic.twitter.com/N8nf6O07m3

AT&T CEO Randall Stephenson “said in a staffwide memo sent on Friday that the company had made a ‘big mistake’ by hiring President Trump’s personal lawyer, Michael Cohen, to advise on the telecommunication giant’s deal to buy Time Warner,” the New York Times reports.

Said Stephenson: “Our company has been in the headlines for all the wrong reasons these last few days and our reputation has been damaged. There is no other way to say it — AT&T hiring Michael Cohen as a political consultant was a big mistake.”

Rep. Mark Meadows (R-NC) “plans to ask a federal financial watchdog to audit the office of special counsel Robert Mueller, opening a new front of GOP attack on the secretive probe into Russian interference in the 2016 election and possible ties to President Trump’s campaign,” the Washington Post reports.

“The pending request… appears to be mainly calibrated to force the disclosure of a three-page Justice Department memo spelling out the authorized scope of Mueller’s investigation.”

2,500 Southern Baptist women are calling out a seminary leader for sexism. It’s a huge moment for #MeToo. https://t.co/865sa0bJ3q

“They’re overwhelmingly rural people. In the countries they come from, fourth-, fifth-, sixth-grade educations are kind of the norm. They don’t speak English; obviously that’s a big thing… They don’t integrate well; they don’t have skills. They’re not bad people. They’re coming here for a reason. And I sympathize with the reason. But the laws are the laws.”

— White House chief of staff John Kelly, giving his racist thoughts on immigrants, in a NPR interview.  Remember, the “grown up” in the White House might as well be a card carrying member of the KKK.

The WH hosted military spouses today. Our armed forces are 40% non-white. The odds that — BY CHANCE — a group of 52 military spouses would contain no people of color are lower than 100 trillion to 1. So, umm…. pic.twitter.com/zi6XzmzYBd

Today Trump offered a nothingburger plan on prescription drug prices. In doing so, he broke yet another one of his so-called “populist” campaign promises.  “President Trump vowed on Friday to “derail the gravy train for special interests” as he outlined what he called a comprehensive strategy to lower the cost of prescription drugs by promoting competition and pressing foreign countries to raise their drug prices to alleviate pressure on American consumers.

But he dropped the popular and populist proposals of his presidential campaign, opting not to have the federal government negotiate lower drug prices for Medicare or allow American consumers to import low-cost prescriptions from abroad…

But his proposals hardly put a scare into that system. Ronny Gal, a securities analyst at Sanford C. Bernstein & Company, said the president’s speech was “very, very positive to pharma,” and he added, “We have not seen anything about that speech which should concern investors” in the pharmaceutical industry.  Drugmakers’ stocks jumped immediately after the speech, as did the stocks of pharmacy benefit managers, the “middlemen” who Mr. Trump said had gotten “very, very rich.””

Trump jokes about "extending the presidency" past two terms………. pic.twitter.com/NVYki079ym

So the traitor Rep. Devin Nunes (R) has been attempting to discredit the DOJ and the Mueller Investigation and threaten both Attorney General Sessions and Deputy AG Rosenstein. Yesterday he and Rep. Trey Gowdy (R) met with senior intelligence officials to discuss his subpoena for documents that could put an intelligence asset at risk.  That intelligence official is the source for some of the information on the FISA warrant to began the Russian investigation.  From the Washington Post:

“House Intelligence Committee Chairman Devin Nunes (R-Calif.) backed away from an open confrontation with the Justice Department on Thursday after a private meeting with senior intelligence officials who said they could not give him top-secret information about an intelligence source who had aided special counsel Robert S. Mueller III, according to people familiar with the matter.”

Josh Voorhees reports that “Women keep winning. On Tuesday night, nearly two-thirds of the women running in congressional primaries won their nomination. Overall, female candidates snagged 27 of the 81 major party House nominations that were up for grabs in Indiana, Ohio, North Carolina, and West Virginia. That continues a trend that began with the nation’s first primary in Texas this year and then seemed to stall a bit in the second, in Illinois later that same month…According to Gender Watch 2018, a project of the nonpartisan Center for American Women and Politics, 22 of the 31 women running in a House Democratic primary on Tuesday won the nomination. That means women will make up a majority of the party’s 40 congressional nominees in those states.”

“Donald Trump’s disgraceful personal behavior makes him a very tempting target. But there’s not much more that any Democratic can say about Trump that voters haven’t heard already,” writes Democratic pollster Brad Bannon in “A winning strategy for Democrats in 2020: populism, not Trump bashing” at The Hill. “To address Trump’s failure to help working families, Democrats should challenge his tax cuts for corporations, which have led to cuts in spending for education and health care. And to get there, the Democratic presidential hopefuls have an obligation to outline their approach to improve the economy for working families…A powerful populist economic message will attract voters. Personal attacks on Trump will distract people. It’s not enough for Democratic presidential candidates to bash Trump. Presidential hopefuls will also need to lay out their program for moving America forward. The same goes for Democratic Party leaders who want to turn out the party base to vote this year in the midterm elections.”

Trump's only consistent foreign policy strategy is aligning himself with the Kremlin's agenda.https://t.co/2rKYKjLsIH

Paul Waldman: “There will probably be a blizzard of indictments, which will themselves tell much of the story of what Mueller has learned. He’ll also deliver a final report to Deputy Attorney General Rod Rosenstein, who oversees the investigation. Rosenstein could keep it secret, but the pressure to make it public, at least the parts that aren’t classified or covered by secret grand jury proceedings, will be overwhelming. In all likelihood, much of what Mueller has learned will be delivered to Congress, which will then tell the rest of us. And that’s not to mention investigations by other prosecutors like the U.S. attorney in New York, who is going after Cohen, or the congressional investigations Democrats will conduct if they take back the House or Senate.

And what will Republicans say when all that comes to a head? They’ve already been road-testing some of their excuses: