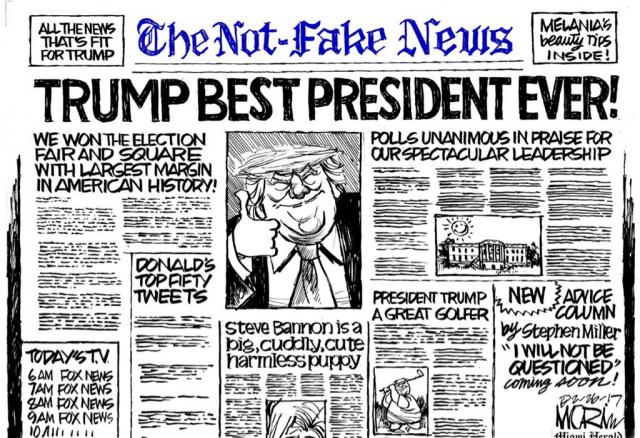 Drug giant Novartis paid President Trump’s lawyer Michael Cohen $1.2 million for health-care policy consulting work that he actually ended up being “unable” to do, CNBC reports.  Novartis said it believed Cohen “could advise the company as to how the Trump administration might approach certain U.S. health-care policy matters, including the Affordable Care Act.”  But just a month after signing the deal, Novartis executives had their first meeting with Cohen, and afterward “determined that Michael Cohen and Essentials Consultants would be unable to provide the services that Novartis had anticipated.”

“The curious relationship between one of the world’s biggest drug makers and President Trump’s personal lawyer began early last year when Michael Cohen, a longtime fixer for the president, reached out to Novartis’s then-chief executive officer Joe Jimenez, promising help gaining access to Trump and influential officials in the new administration,” Stat reports.

“Jimenez took the call and then instructed his team to reach a deal with Cohen. A one-year contract worth $1.2 million was signed with Cohen in February 2017.”

The big takeaway from the latest Cohen news: No matter who you are, if you're doing business with Michael Cohen it's because you're up to something shady.

“[Novartis] was contacted by Special Counsel Robert Mueller’s office regarding those payments this past fall and ‘cooperated fully,’” BuzzFeed News reports. “In the statement, Novartis said it entered into a one-year contract with Essential Consultants LLC, a company set up by Cohen in 2016 to facilitate the payment to Stormy Daniels… The revelation means that the special counsel’s office has been looking into payments to Cohen’s company for some time — months before the Wall Street Journal broke the news of the payment to Daniels in January.”

Casey Michel adds an interesting twist to the story about Columbus Nova, the investment company linked to Russian oligarch Viktor Vekselberg that was feeding money into Michael Cohen’s slush fund.

“Columbus Nova also spent 2016 and 2017 registering a number of websites aimed at young white supremacists, or members of the so-called “alt-right.”  Among the URLs registered were domains like Alt-Right.co, Altrights.co, Alternate-rt.com, and Alt-rite.com. Some of the domains, like Alt-Right.com and Altrights.co, were registered in late August 2016 — just a few months before the American election — while others, like Alt-rite.com, were created in August 2017.  There’s no evidence any material ever existed on the sites, and all of them return an error message.”

Axios: “One big warning for Republicans in the midterm elections: Democrats got more votes for their money in every competitive special election since President Trump took office.”

Politico: “No. 4 House Democrat Joe Crowley (D-NY), who is Catholic, and Rep. Tom MacArthur (R-NJ) got up in each other’s faces on the House floor and squabbled over the merits of a special investigation into the dismissal. The exchange was so heated that some lawmakers and aides watching worried they’d come to blows, though Crowley’s office said that was never going to happen.”

“MacArthur walked over to the Democratic side of the chamber and accused Crowley of politicizing the issue. According to one source who witnessed it, MacArthur said he prays with Conroy regularly and he’s a Republican — so this is not a partisan issue and Crowley shouldn’t make it one. MacArthur, who is Episcopalian, said he was offended by Crowley’s actions. Crowley grew angry and started yelling at MacArthur saying, ‘I’m offended!’ He pointed to the speaker’s chair, arguing that Ryan was the one who made it a political issue when he fired the chaplain.”

Larry Sabato’s Crystal Ball: “We now have seven Toss-ups, five of which are already held by Democrats, which illustrates their challenge in 2018: Almost all of their most vulnerable seats are on the ballot this year, and they are defending 26 of the 35 races being contested (that includes seats held by independents who caucus with Democrats in Maine and Vermont). An additional four seats feature Leans ratings, one toward the Republicans thanks to today’s change in Tennessee and three toward the Democrats. So that’s 11 total Senate races in our two most competitive ratings categories.”

“Executives at Salem Media Group, a conservative media company that syndicates some of the country’s most recognized talk radio hosts and operates a batch of popular commentary websites, pressured some of their radio talent to cover Donald Trump more favorably during the 2016 presidential campaign,” emails obtained by CNN show.

“Eight cities are in consideration to host the 2020 Democratic National Convention as the party prepares for a presidential contest that is expected to include an unusually large number of candidates,” NBC News reports.  “The cities are: Atlanta; Denver; Houston; New York; San Francisco; Milwaukee; Miami Beach; and Birmingham.”

“Major Democratic donors in New York have discreetly formed a new political alliance to raise roughly $10 million that would be injected into as many as two dozen key House battlegrounds in an effort to wrest control of Congress from Republicans,” the New York Times reports.

“Admission to be an official partner in what’s being called the House Victory Project comes with a $108,000 price tag. More than 80 people have each committed that sum, according to a half-dozen donors familiar with the group, whose existence has not previously been reported.”

“The $108,000 pledge allows each donor to effectively give the maximum $5,400 contribution to 20 different House candidates.”

A new CBS News poll finds that “health care tops the list of most important issue for voters, ahead of the economy — and by two to one voters say they’ve been hurt, not helped, by the GOP’s changes to the health care laws.  “Few Americans — only 15% — feel that the recent changes to health care laws made by Republicans have helped them and their family.”

When you realize why Mueller gave Cohen to the state AG & how he knew there was even something there to hand over, you realize that Mueller has it all already. And when you realize that, you understand the fish on the hook flailing we are seeing from Trump https://t.co/PgmpwpPnjz

“Reps. Carlos Curbelo of Florida,Will Hurd of Texas, and Jeff Denham and David Valadao of California filed a discharge petition Wednesday that would trigger a series of votes on different immigration bills if 218 members sign on. If every Democrat supports the idea, which sources said is likely, 20 Republicans would have to break ranks and join them to trigger the votes.”

“Two sources intimately involved in the effort say at least 15 Republicans are ready to join.”

Ron Brownstein: “The results of Tuesday’s primary elections simultaneously bolstered the Republican Party mainstream and demonstrated how much ground it has yielded to Donald Trump, particularly on the volatile issue of immigration.”

“In several key races, GOP primary voters rejected candidates who presented themselves as the most ardent acolytes of Trump, in terms of style, political agenda, or both. But the relatively more mainstream alternatives triumphed in those contests only after embracing much, or all, of Trump’s hostility toward immigration. That dynamic underscores Trump’s success at eroding resistance in the GOP toward his racially infused nationalism. And that could prove a defining gamble for the party in a nation inexorably growing more diverse.”

Obamacare rate hikes are set to surge, and Democrats want to make sure Trump gets the blame. https://t.co/vcdVGY99Yt

Said Trump: “The Fake News is working overtime. Just reported that, despite the tremendous success we are having with the economy & all things else, 91% of the Network News about me is negative (Fake). Why do we work so hard in working with the media when it is corrupt? Take away credentials?”

The best Democratic case for a wait and see approach to impeachment may not stand up to what we’re learning. https://t.co/6t7MbdvFT2

Politico: “There were 20 open Democratic House primaries with women on the ballot Tuesday night, and voters selected a female nominee in 17 of them.”

“Gina Haspel is expected to tell the Senate Intelligence Committee on Wednesday that she ‘will not restart’ the CIA’s brutal interrogation program if confirmed to lead the agency,” the Washington Post reports.

“Haspel’s hearing comes just days after the nominee offered to bow out, to avoid discussing in a public setting her role in the agency’s enhanced interrogation program, which many have likened to torture.”