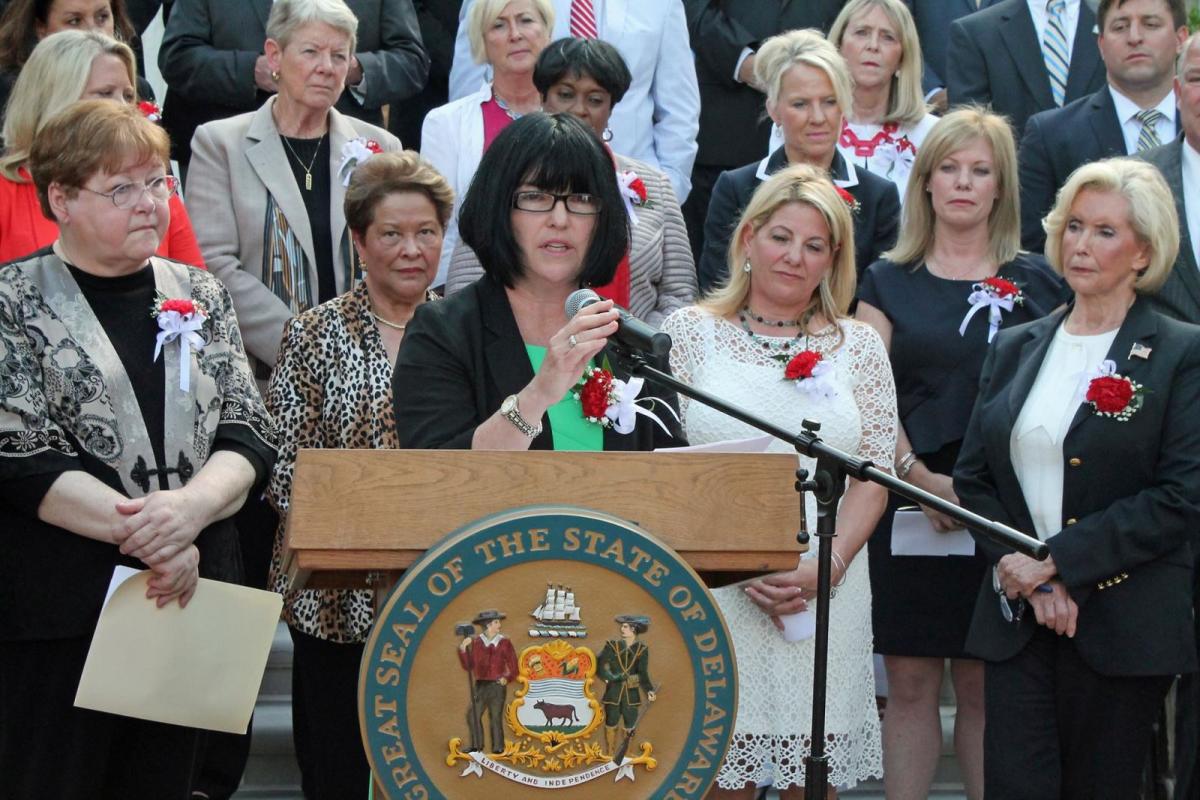 Credit is due to State Representative Kim Williams for standing strong and resisting efforts to weaken her bill, HB337, that bans marriage for those below the age of 18. Some Republicans in the House expressed concerns that prior marriages would be annulled if they were entered into when one partner was under 18, and still others endorsed under 18 marriage if there were pregnancies or military enlistments involved.

Yet the Senate passed the bill unanimously, 21-0, and the chamber even broke into applause after the vote. Finally. Some common sense. It now goes to Governor Carney’s desk, and he has said he will sign it after a review by counsel.

LOL, look at the foolish Republicans who voted no or did not vote below.  This vote will be ad material for years.

Photo from the House Democrats