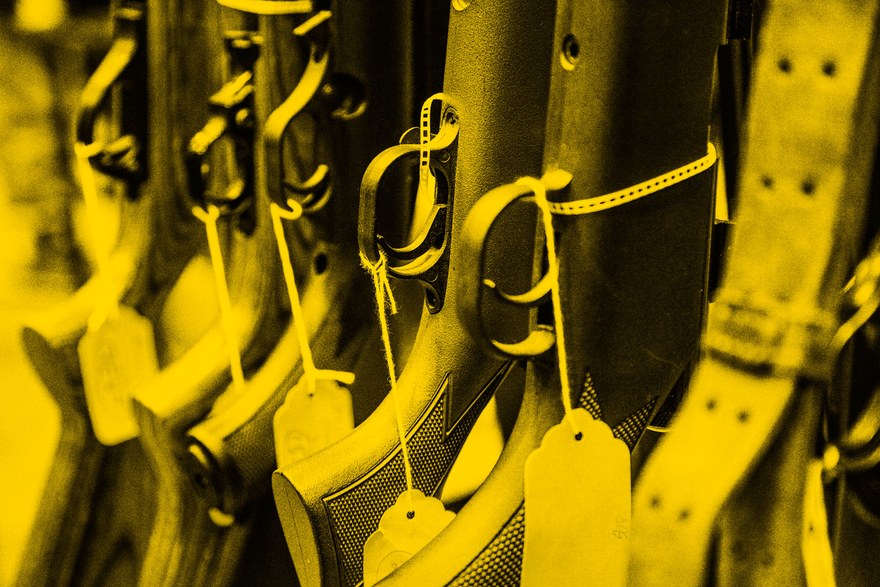 In today’s Open Thread, DD linked to a recent poll showing that 62% of Americans support a ban on assault weapons. That’s a big number, and I expect it to grow.

I also expect someone to come on here and try to explain gun terminology (and how we’re using it incorrectly), but that ship has sailed. The American people know exactly what type of guns they want banned, even if they don’t know the lingo.

What’s interesting is how all this is happening under Republican control. In fact, one of the main fears tied to President Obama and Secretary Clinton was that they would confiscate your guns! Welp, Obama is no longer President, Hillary isn’t President, Republicans control the Presidency and Congress and we’ve never been closer to 2Aers worst fears.

What’s obvious is that the majority of Americans are over the NRA’s and ammosexuals fantasies surrounding their weapons of mass destruction. We know the fantasies connected to AR-15s and large capacity magazines. The reason for owning such a mass killing machine has been shown to us time and time again.

The NRA, as usual, will use this poll to generate more gun sales. I wondered how they’d address the sales slump, and am cynical enough to think this might be the way they go about injecting more fear into their paranoid supporters. Fear drives the 2Aers to buy more guns. More guns = more shootings. It’s not complicated.

If a ban ever happens (and I fear we’re still a long way off) the NRA and ammosexuals (you know, the gun owner who fetishizes and sexualizes their guns) have no one to blame but themselves and their refusal to bend in the slightest. Their rigidity on this issue will make their worst fears a reality. They are, and have always been, unreasonable. In short, they are the problem, not the solution. You’d think the NRA would offer up some restrictions on their own – just to give the appearance of caring, but they haven’t and they won’t. They’re even hesitating on bump stocks. That should be a no-brainer, and yet…

I know the NRAs main goal is gun sales. The question is: what is the main goal of those buying these weapons? Seems like we get an answer to that question every few days.

*If you want to discuss gun terminology, this isn’t the thread for you.

2 comments on “Refusing Even The Most Modest Restrictions, The NRA Is Making “They’re Coming To Take Your Guns” Fear Mongering A Reality”