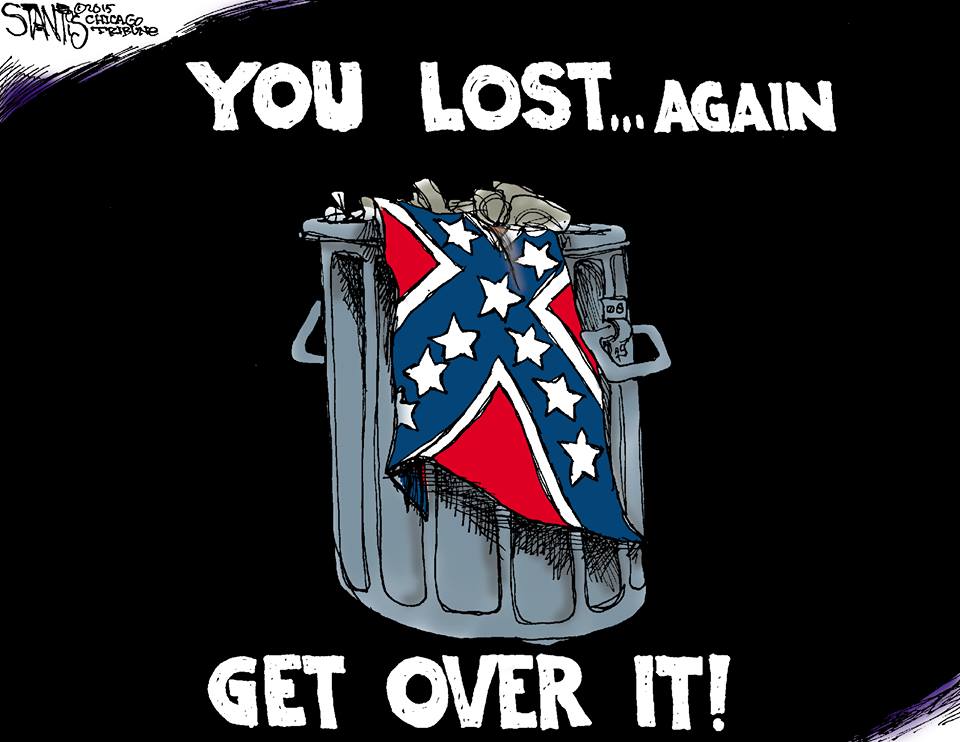 The Delaware State News is reporting that the Confederate traitors will not be featured at this year’s Dover Days event, at long last.

Since the Mason-Dixon Guards Camp 2183 couldn’t confirm its nonprofit status to Kent County Tourism Corporation’s specifications, the Confederate re-enactors weren’t permitted to take part without registering instead as a vendor. […]

John Doerfler, Dover Days event manager, said he offered the Mason-Dixon Guards Camp the lowest rate possible of $150 as a vendor. He said the group could not complete the process of confirming its status as a 501(3)(c) nonprofit for several weeks following the initial application.

Mr. Eldreth said his group presented Kent County Tourism a letter from the IRS confirming the status, but was requested to show further proof online. The IRS reporting system hadn’t yet updated that status and it wasn’t available, he said.

So this is over a technical issue that may get resolved next year, but Dover really should move into the later half of the 19th Century and realize that those who fought for the Confederacy were racist traitors to America.  Those who glorify the Confederacy now and fly its hateful flag are racist traitors to America and what it stands for now.   Those who fly that flag of evil and those like Doerfler and Eldreth who partake in reenacting the sinful past of slave owners say they are honoring the heritage of the South.  Indeed.  A heritage of hate, torture, slavery, bigotry, treason and genocide.

Such displays should be as unwelcome as the Nazi flag.