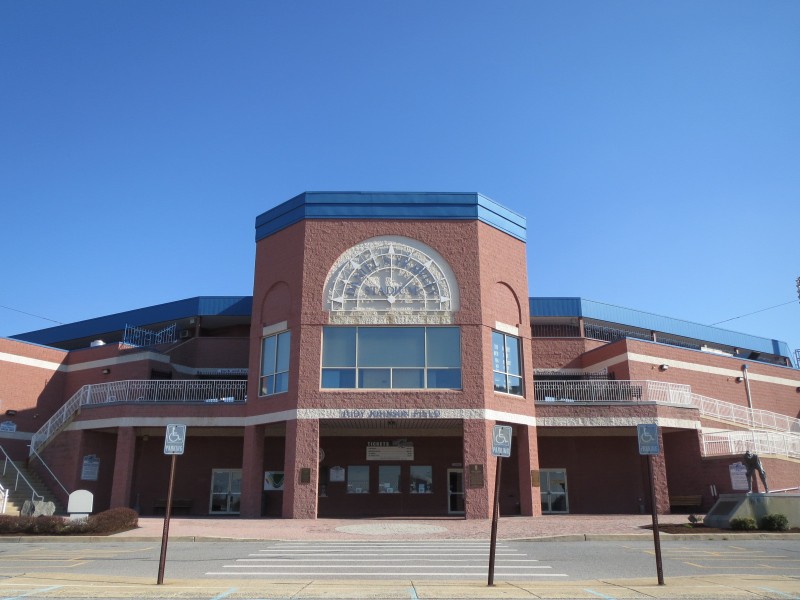 The Wilmington Blue Rocks are a Class-A minor league baseball team playing in the Carolina League. The team plays in Daniel S. Frawley Stadium, on Shipyard Drive at the Riverfront in Wilmington. Frawley Stadium was completed in 1993. The Blue Rocks moved to Wilmington for the 1993 season after playing the summer of 1992 in Hampton, Virginia, as the Peninsula Pilots. Photo by xzmattzx.