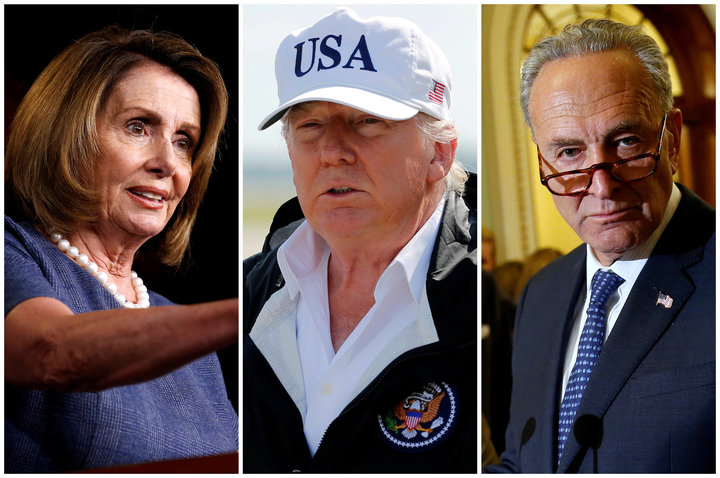 The National Journal reports this afternoon that key Democrats are preparing a plan in case Trump fires Deputy AG Rosenstein.

Step one: Don’t call for impeachment.

Sen. Mark Warner, the top Democrat on the Intelligence Committee investigating Russian interference in the 2016 election, told a group of Democratic colleagues on Wednesday that they should adhere to a one- or two-day cooling-off period if Trump fires Rosenstein, according to three congressional sources. Rosenstein met Thursday with Trump amid reports that the White House is preparing an effort to undermine the deputy attorney general’s credibility.

“The first 24 to 48 hours, if and when that happens, we should stay calm; we should do our best to reach out across the aisle and talk to our colleagues and say, ‘Seriously, we cannot allow this to happen.’ Just don’t go immediately to DEFCON-1,” said a member of Congress who attended the meeting but asked for anonymity to discuss it candidly. “We should not say anything—let the dust settle for a minute. What I took from it is it’s better to build a coalition across the aisle than just to come out guns a-blazing saying, ‘We’ve got to impeach him now.’”

Yeah, so First:  I am really disturbed that there is an effort to put together an emergency plan now when the world has been on Rosenstein-watch for months.  Something should be ready to roll out NOW since the Griftus has been telegraphing this for months.

Second:  I don’t care if you talk about Impeachment now, especially since this is not what the Senate does,  but you should come out loud and singularly strong about the lack of constitutionality of this thing and come out blazing to #ProtectMueller.

Third:  Don’t talk to any of us about a cooling off period.  The Governing Adults should have been ready for all of this.  Including some preliminary reaching across the aisle.  There is no doubt that a bipartisan solution to push back can be stronger than on our own — think of the eventual solution to Richard Nixon’s crimes — but if you have to fight for our Constitution, the Rule of Law and our government on your own, mount up and do it.  Because you will be all that is left to fight for anything.  Reach out all you need to, but every last one of you should be in front of every microphone to call this out.

Get out of your comfort zone and fight for all of us.

EDIT: This is a Rapid Response website where you can find events closeby planned if Mueller is fired. If you think you want to start one locally sign up.

Center for American Progress Action Fund, the Truman National Security Project, Public Citizen, Stand Up America, MoveOn.org Civic Action, March for Truth, Indivisible, People for the American Way, Common Cause and Democracy 21 all have signups to pledge to hit the streets if Mueller is fired.

5 comments on “Dear Democrats: There Can Be No Cowering Now”