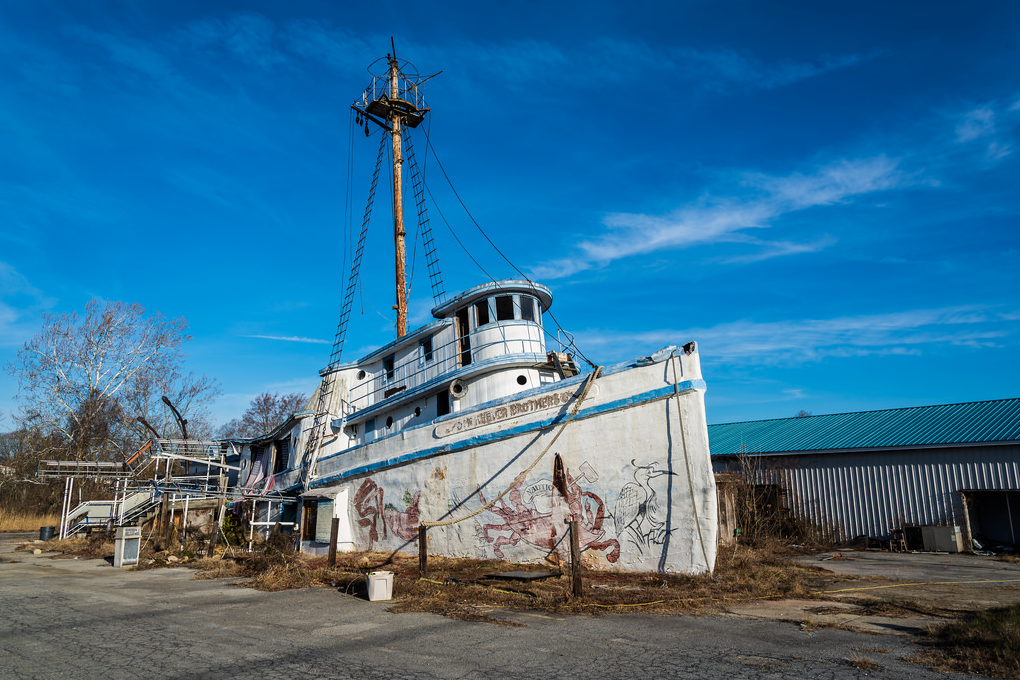 The Stephen W McKeever was originally a Menhadon fishing boat. It was used in WW1 as a minesweeper, and commissioned in WW2 by the Government to the Coast Guard. It later became a restaurant in Seaford, Delaware, called the Flagship Restaurant. The only time we ate there was in 1990, and it was great. Obviously it fell on hard times within the last 20 years.  Photo by Dave Talley Photography.