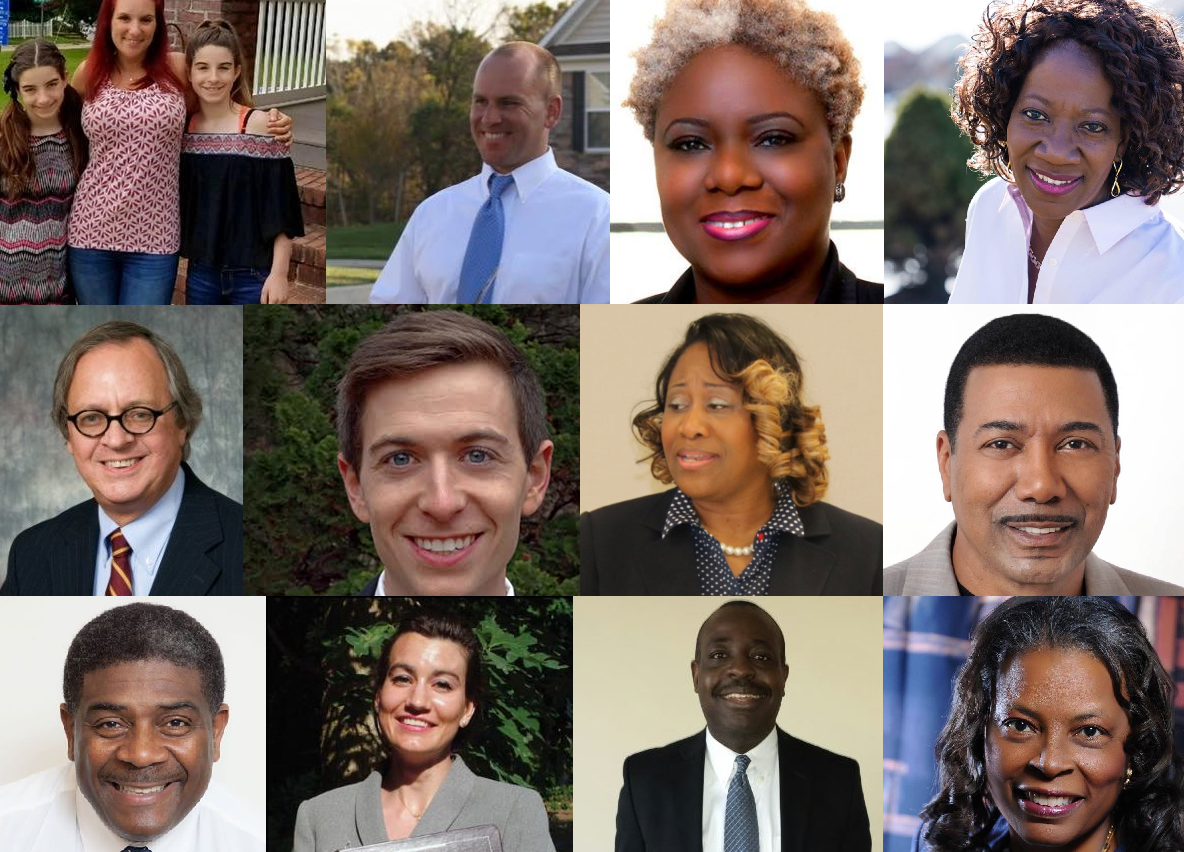 State Representative Kimberly Williams (D-19RD) has a primary opponent.  Why?   Kim Williams is one of the more progressive members of the General Assembly, and focuses on educational issues in much of her work.   But I am not aware of any major apostasy on her part that should garner her a challenge. She is no Andria Bennett, who voted against taxes on the wealthy, thus guaranteeing cuts to needed social services.  She is no Brian Bushweller, who voted against the minimum wage increase*.   She is no Bob Marshall, who forced a bill to raise the minimum age to buy a gun to be tabled last week.

But whatever, we live in a democracy, and Megan O’Donnell is free to run for whatever office she is eligible to run for.    Visit her site at the link there and find out more about her.

We have more candidates in the Democratic primary for State Auditor and still no candidates for State Treasurer.   The new candidate is Jason Hortiz, who ran unsuccessfully for State Representative in the 9th RD a couple of years ago.    Anyone want to run for Treasurer?   Anyone?   Hey, Kathy McGuiness, it doesn’t matter if you were or are friends with Ken Simpler.  You can still run against him.

In the 5th RD, we now that three candidates running to replace Melanie George Smith: Deneice Berry, Kendra Johnson, and Aja Ajavon.   Deneice Berry is a Court Appointed Special Advocate (CASA) for children in family court and has served as a Chairwoman of the 5th RD Democratic Committee.  Aja Ajavon has worked for Delaware Family Court as a mediation and arbitration officer and in nearly the same positions for the New Jersey Superior Court Family Division.  She  also teaches at Wilmington University in the College of Social and Behavioral Science and is a volunteer mediator at Delaware Center for Justice.   Kendra Johnson served on the Bear Crossing Maintenance Corporation board since 2011 and is currently serving as the Board President of the Ability Network of Delaware, formerly known as DelARF, which is an advocacy group focused on nonprofit providers of Human Services.

In the 7th RD, we have two candidates running to replace Bryon Short: Joe Daigle, who ran for this seat briefly in 2016 when Short was running for Congress, and he is currently an Investment Analyst at Mallard Financial Partners and the President of the Delaware Stonewall Democrats, and an instructor at the George Parks Drum Major Academy; and Raymond Seigfried.   Mr. Seigfried is a faculty member at Arcadia University, a former Senior Vice President at Christiana Care, a former board member and Chairman of the Wilmington Charter School and a volunteer and board member of the Wilmington HOPE Commission.

In the 9th RD, we also have a three candidate primary between Monique Johns, Debbie Harrington, and Jim Ryan.   Jim Ryan is the President of the Local 13101 Chapter of the Communication Workers of America union.  Monique Johns was the 2016 nominee for this seat, and a current Department of Labor employee, and a volunteer at the Middletown Senior Center and the women’s prison, and she has her own organization, “Living Outside the Walls (LOW),” which seeks to provide necessary life skills training for women inmates so that they can become productive members of society.    Debbie Harrington is a retired U.S. Army Colonel, a former Church Administrator, and a current  Deputy Director in the Division for the Visually Impaired where she has embarked on reforming education and employment services.

In the 16th RD, we now have three candidates running to replace the irreplaceable JJ Johnson.  Linwood Jackson, who is a radio and television host as well as the President of the Delaware NAACP.   Jakim Mohammed, is a retired New York police officer and the Chairman of the 16th RD Democratic committee.   Franklin D. Cooke, Jr. is a retired New Castle County police officer.   I haven’t found any campaign or Facebook page for him yet, so I don’t know much about him.

Downstate, we have some new stepping up to run. Attorney Meghan Kelly is running in the 38th RD against State Representative Ron Gray.  In the 34th RD, we have Adewunmi Kuforiji running against incumbent Republican Lyndon Yearick.  Mr. Kuforiji has been the Chief Financial Officer and Business Manager at the Lake Forest School District and the Capital School District.  He has also worked for the Department of Education.

So here is our updated list of candidates.  If a seat is highlighted in yellow, it is an open seat.   Yes, yes, Senator Bob Marshall has not yet officially retired, but given his actions in the General Assembly last week, he has no chance to win the primary and he just has not realized yet that he will retire rather than face defeat in the primary.

* Technically Bushweller did not vote, though he was present and though he spoke against the increase. We at Blue Delaware consider that cowardly and petty move to be a No vote.

22 comments on “The Primary Floodgates have opened”