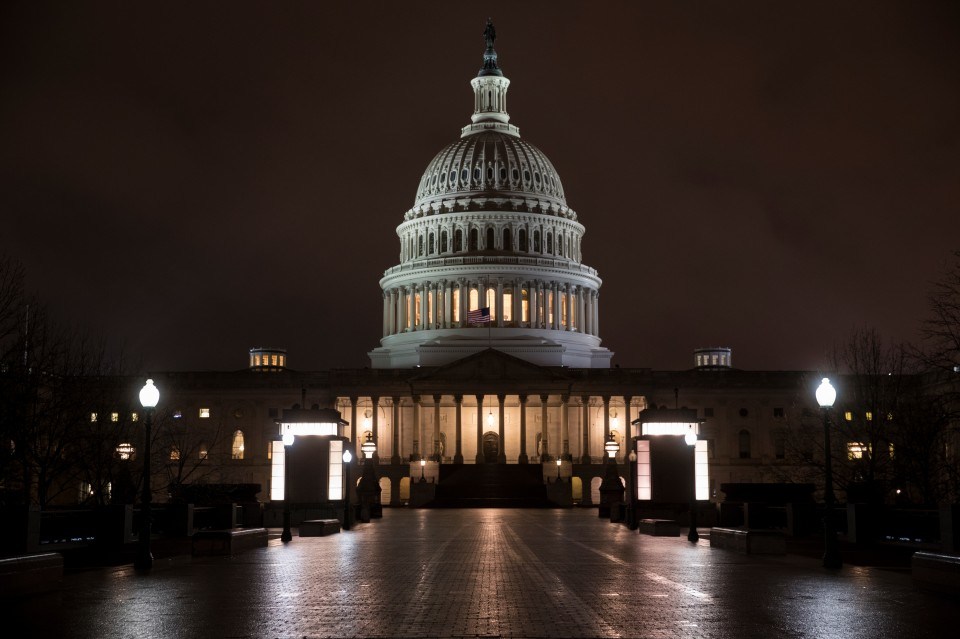 “Republicans are dreaming of passing another round of tax cuts this year — or at least making vulnerable Democrats squirm by voting against them,” Politico reports.

“GOP leaders are weighing a series of votes to make last year’s temporary tax cuts for individuals permanent… The strategy would portray the party as the guardian of Americans’ paychecks, Republicans say, and buoy the GOP during a brutal election year.”

“Republicans argue they win regardless of whether it culminates with a Rose Garden ceremony: Either Democrats support the legislation, giving the GOP a major legislative accomplishment in its scramble to save its majorities. Or, more likely, Democrats block the bill — allowing Republicans to paint them as opponents of the middle class.”

Harry Enten: “With the retirement announcement of Pennsylvania Republican Rep. Ryan Costello, there are now eight open seats currently held by Republicans in districts that Hillary Clinton won in 2016. And there’s a good chance the Democrats will win them all, bringing the party 35% closer to the 23 seats it needs to flip to win control of the House.”

“That’s because the opposition party just doesn’t lose seats like these eight in midterm elections.”

“The report, according to four sources who have read all or parts of it, was written by the former British intelligence agent Christopher Steele, who also wrote the famous dossier alleging that Russia had been ‘cultivating, supporting and assisting’ Donald Trump. The bureau received his report while it was helping the Washington, DC, Metropolitan Police Department investigate the Russian media baron’s death.”

“[Rick Gates] saw everything,” said a Republican consultant who worked with Gates during the campaign.

One defense attorney in the Mueller case said Gates’ plea has triggered palpable alarm in Trump world, according to Politico. https://t.co/OGB7LLwCW7

Said Romney: “For instance, I’m a deficit hawk. That makes me more conservative than a lot of Republicans and a lot of Democrats. I’m also more of a hawk on immigration than even the president. My view was these DACA kids shouldn’t all be allowed to stay in the country legally.”

“The National Rifle Association acknowledged that it accepts foreign donations but says it does not use them for election work — even as federal investigators look into the role the NRA might have played in Russia’s attack on the 2016 election,” NPR reports.

“Pressure on the organization has also been increased by a McClatchy report which suggested that the FBI had been investigating whether a top Russian banker with Kremlin ties illegally funneled money to the NRA to aid President Trump’s campaign for president. The Federal Election Commission has also opened a preliminary investigation into this question.”

Here are five areas in which Democrats got more than they might have expected out of the budget bill https://t.co/F3uwNkND99

Former Supreme Court Justice John Paul Stevens: “Rarely in my lifetime have I seen the type of civic engagement schoolchildren and their supporters demonstrated in Washington and other major cities throughout the country this past Saturday. These demonstrations demand our respect. They reveal the broad public support for legislation to minimize the risk of mass killings of schoolchildren and others in our society.”

“That support is a clear sign to lawmakers to enact legislation prohibiting civilian ownership of semiautomatic weapons, increasing the minimum age to buy a gun from 18 to 21 years old, and establishing more comprehensive background checks on all purchasers of firearms. But the demonstrators should seek more effective and more lasting reform. They should demand a repeal of the Second Amendment.”

A new AP-NORC poll finds a growing American economy and passage of a Republican tax overhaul appear to be helping President Trump lift his approval ratings from historic lows.  “Trump remains unpopular with the majority of Americans, 58%. But 42% say they now approve of the job he’s doing as president, up seven points from a month ago. That’s a welcome change in trajectory for a White House that has been battered by chaos, controversies and internal upheaval.”

A new CNBC poll finds just 32% of the public reports having more take home pay because of new tax law, including only 48% of Trump supporters and 35% of the middle class.  More than half say they see no change in their paychecks and 16% are unsure.

It wasn't that long ago that the Second Amendment didn’t guarantee the right to own a gun https://t.co/XO6atIVA6c

“The Office of Government Ethics told a Democratic lawmaker in the letter that the White House is probing whether a $184 million loan from the real-estate arm of Apollo Global Management LLC and a $325 million loan from Citigroup Inc. may have run afoul of the rules and laws governing the conduct of federal employees.”

“While Republicans have been bracing for months for a punishing election in November, they are increasingly alarmed that their losses may be even worse than feared because the midterm campaign appears destined to turn more on the behavior of the man in the White House than any other in decades,” the New York Times reports.

“As much as gun control, immigration, the sweeping tax overhaul and other issues are mobilizing voters on the left and the right, the seamy sex allegations and Mr. Trump’s erratic style could end up alienating crucial blocs of suburban voters and politically moderate women who might be drawn to some Republican policies but find the president’s purported sex antics to be reprehensible.”

President Trump has privately “lobbed sharp attacks” at Stormy Daniels and her media tour, “calling her allegations a ‘hoax’ and asking confidants if the episode is hurting his poll numbers. The president even has griped to several people that Daniels is not the type of woman he finds attractive,” the Washington Postreports.

“Trump — who was among the estimated 22 million Americans who watched the Daniels interview that aired Sunday night — asked staff in the White House if they, too, had watched and wondered what they thought of it, someone who has spoken to him said. The president said that he personally did not think Daniels appeared credible, added this person, who has talked to the president about his interactions with the pornographic film star and did not want to be identified discussing it.”

“President Trump frequently said Mexico would pay for a wall along the southern border as he sought the presidency in 2016. Now, he is privately pushing the U.S. military to fund construction of his signature project,” the Washington Post reports.

“Trump, who told advisers he was spurned in a large spending bill last week when lawmakers appropriated only $1.6 billion for the border wall, has begun suggesting that the Pentagon could fund the sprawling construction, citing a ‘national security’ risk.”

“Two more high-power attorneys have had to turn down President Donald Trump. Tom Buchanan and Dan Webb confirmed to the Daily Beast that Trump reached out to them about representing him, and that they couldn’t do it.”

“President Trump has stayed in touch with Rob Porter, the former White House staff secretary who stepped down after allegations that he had abused his two former wives came to light… and has told some advisers he hopes Mr. Porter returns to work in the West Wing,” the New York Times reports.

“The president’s calls with Mr. Porter have increased in the past few weeks, as the number of people he is close to in the White House has dwindled because of the large number of staff departures.”

“In Mr. Trump’s orbit, few people are ever permanently exiled. He often sees aides who are subject to public criticism as extensions of himself, coming under fire because critics want to attack him, and he has described the Porter situation in those terms to some people.”