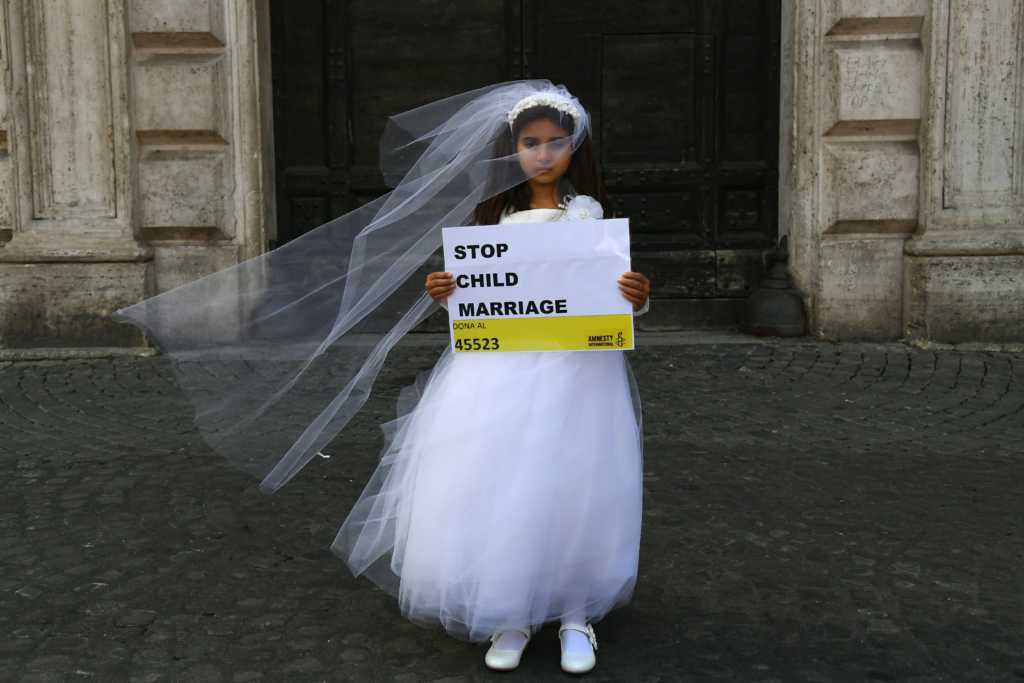 Recently, banning child marriage has become an issue in a number of states like Kentucky and Tennessee because of the presence of some antiquated laws still on the books in a number of states that allow the marriages of those underage.  Perhaps scrutiny has focused upon the issue because the Republican Party nominated a child molester who thought it was ok to be in a relationship with underage girls.    In Missouri, you can have brides and grooms as young as 15 marry with no more than the single approving swipe of their parent’s pen, even if the other parent objects.  Many states do allow marriages by those under the age of 18.  Some states allow these marriages by some combination of a judge’s order, parents’ permission, premarital counseling or proof of pregnancy. Twenty-five states have no minimum age requirement, although at 14 or younger, a judge must approve.

Some flat-out prohibit marriages so young. Currently, Delaware allows child marriage if a Judge of the Family Court sitting in the county where the minor applicant resides signs an order allowing the applicant to marry after a parent or legal guardian petitions the Court for an order allowing said applicant to marry. State Representative Kim Williams has introduced HB337 that would simply and completely ban underage marriage in Delaware. If you want to get married, you must be 18 years old. No exceptions.