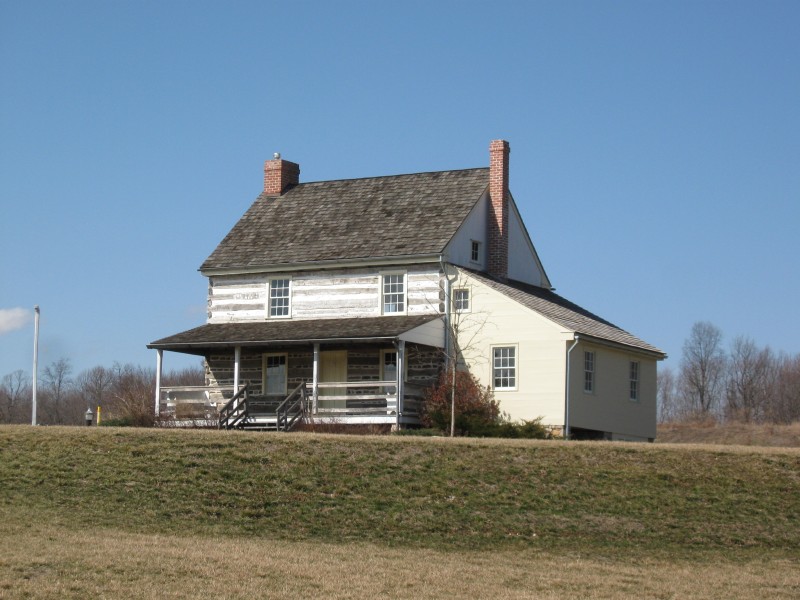 Tweed’s Tavern, on Valley Road in Hockessin. The tavern was built around 1790, and was sold to John Tweed in 1802. The building operated as a tavern until 1831. Originally located at the northwest corner of Limestone and Valley Roads, as part of a larger house, the log structure was moved to its current location when Limestone Road was expanded in the early 2000s.  Photo by xzmattzx.