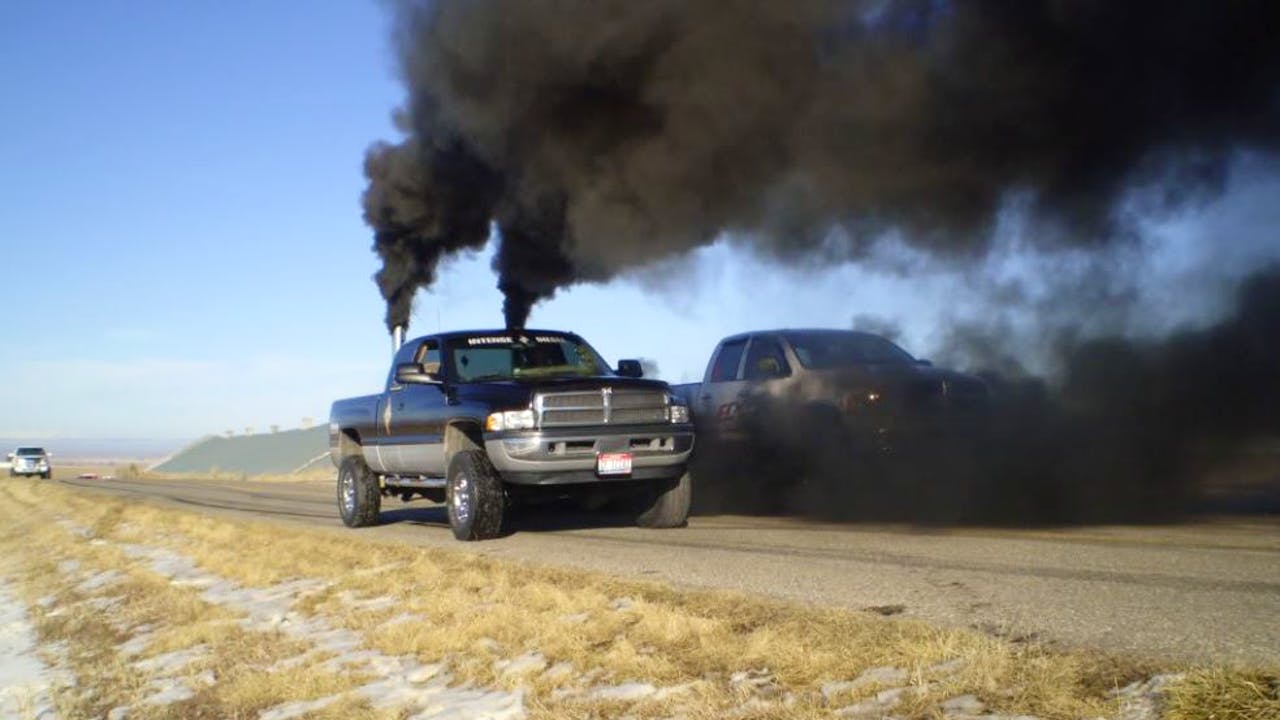 What is coal rolling?  Well, it’s this:

It’s a form of conservative protest to show up us environmentally conscious liberals.  Dave Weigel:

“Rolling coal” is not new. It grew out of the modifications people would do on their vehicles for truck pulls. It’s just only recently entered the online culture wars. I’d seen the memes and a couple of the trucks. But I hadn’t seen the left reply until this month, when Vocativ ran an expose of “pollution porn for dudes with pickup trucks.” Progressives reacted with disbelief to Facebook communities like “Rollin’ COAL” and (naturally) “Prius Repellent,” and to the sheer number of Instagram and Tumblr entries that recorded this stuff. They reacted with a mid-June surge of comments, sprinkled throughout these pages, all about the breeding patterns and penis sizes of the coal-rollers.

The liberals seem a little surprised that conspicuous consumption—waste, even—could be a method of protest. They shouldn’t be. The motivation for political coal rolling is roughly the same one that gets people buying guns and ammoafter mass shootings. The expectation, every time, is that liberals will capitalize on the shootings to ban guns, so it’s time to stock up.

Which makes it surprising that the primary sponsor of a bill to fine coal rolling is Senator Greg Lavelle (R-4th SD).  Well, maybe not.  He is facing a tough reelection race in a district where there are more well off environmentally conscious Republicans than exist downstate.   SB149 would create a fine for coal rolling of not more than $500 per violation.  I would ban it outright and order the confiscation of the vehicle.  But that’s just me.   Hey conservatives, if you want to protest, do it the normal way, like marching in the streets and having rallies.