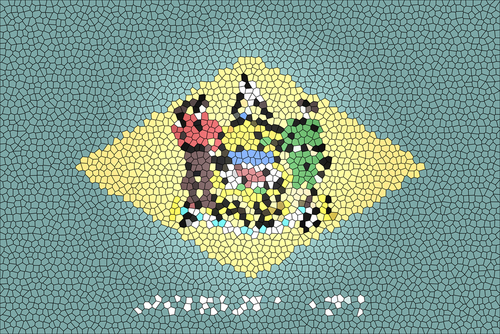 COHN TO RESIGN.  Trump economic adviser Gary Cohn “plans to resign, becoming the latest in a series of high-profile departures from the Trump administration,” the New York Times reports.  “The officials insisted there was no single factor behind the departure of Mr. Cohn, who heads the National Economic Council. But his decision to leave came after he seemed poised to lose an internal struggle amid a Wild West-style process over Mr. Trump’s plan to impose large tariffs on steel and aluminum imports.”

Politico: “Gary Cohn and other free-trade advocates inside the White House and the Treasury Department are mounting a last-ditch effort to blunt the impact of Trump’s head-turning decision.”

President Trump “could cast a wide net in searching for a replacement for economic adviser Gary Cohn, though he has told advisers that he wants to consider Larry Kudlow, a media personality and 2016 campaign adviser,” the Washington Post reports.

That to me seems unlikely, since Kudlow is as much anti-tariff as Cohn is.    The better bet is Peter Navarro.

THIS SEEMS LIKE A BIG DEAL.  “An adviser to the United Arab Emirates with ties to current and former aides to President Trump is cooperating with the special counsel, Robert Mueller, and gave testimony last week to a grand jury,” the New York Times reports.

“Mr. Mueller appears to be examining the influence of foreign money on Mr. Trump’s political activities and has asked witnesses about the possibility that the adviser, George Nader, funneled money from the Emirates to the president’s political efforts. It is illegal for foreign entities to contribute to campaigns or for Americans to knowingly accept foreign money for political races.”

Why are people still confused about Paul Ryan's support for Trump? It's extremely simple https://t.co/DztoXztYtZ

“There is no indication that Cohen is a subject or target of the investigation into Russian interference in the 2016 election. But the scrutiny of his interactions is another sign of the far-reaching nature of the special-counsel probe.”

REPUBLICAN VOTERS HAVE NO PRINCIPLES, FOLLOW TRUMP EVERYWHERE.  A new Quinnipiac poll finds that American voters oppose tariffs on steel and aluminum, 50% to 31%, and disagree with President Trump’s claim that a trade war would be good for the U.S. and easily won, 64% to 28%.

“Every listed party, gender, education, age and racial group oppose steel and aluminum tariffs, except Republicans, who support tariffs by 58% to 20% and white voters with no college degree, who are divided, 42% to 40%.”

Cory Booker wants to clamp down on stock buybacks — part of a larger populist makeover https://t.co/iTb72oX8vr

COLOR ME SHOCKED.  “Sources inside the White House told CNN that the White House’s legislative priorities on guns are also expected to be far narrower than Trump has laid out during the listening session and likely won’t include a plan to raise the minimum age to purchase certain firearms from 18 to 21.”

“As of now, the plan includes a grant program to help protect schools during a shooting and an endorsement of the ‘Fix NICS’ bill, a proposal from Sen. John Cornyn (R-TX) and Sen. Chris Murphy (D-CT) that would improve reporting to the National Instant Criminal Background Check System.”

NORTH KOREA WILLING TO HOLD NUCLEAR TALKS.  “North Korea’s leader, Kim Jong-un, has told South Korean envoys that his country is willing to begin negotiations with the United States on abandoning its nuclear weapons and that it would suspend all nuclear and missile tests while it is engaged in such talks,” the New York Times reports.

“During the envoys’ two-day visit to Pyongyang, the North’s capital, which ended on Tuesday, the two Koreas also agreed to hold a summit meeting between Mr. Kim and President Moon Jae-in of South Korea on the countries’ border in late April.”

WHAT HAPPENS AFTER TRUMP?  David Brooks: “The best indicator we have so far is the example of Italy since the reign of Silvio Berlusconi. And the main lesson there is that once the norms of acceptable behavior are violated and once the institutions of government are weakened, it is very hard to re-establish them. Instead, you get this cycle of ever more extreme behavior, as politicians compete to be the most radical outsider. The political center collapses, the normal left/right political categories cease to apply and you see the rise of strange new political groups that are crazier than anything you could have imagined before.”

SCARAMUCCI IS BACK IN THE CLUB.  President Trump has emboldened Anthony Scaramucci to continue attacking White House chief of staff John Kelly during his cable news appearances, CNN reports.  “In multiple television segments, Scaramucci has faulted Kelly for the ‘terrible morale’ in the West Wing, at times referring to him as ‘General Jackass’ and suggesting he apologize for his handling of the Rob Porter resignation. According to this source, the President is aware of Scaramucci’s criticisms and has not discouraged him from making them.”

There was a chance here to make a deal that would involve real progress on some problems.

Instead, a dozen senate Democrats decided to give away the store. https://t.co/gVQ61dI37C

MIRANDA RUNS FOR GOVERNOR.  “The actress Cynthia Nixon, who for months has teased her interest in challenging Gov. Andrew Cuomo, has engaged in talks with a pair of veteran Democratic political operatives, a sign that she may be moving closer to a decision on whether to run this year,” the New York Times reports.

“If a race between Ms. Nixon and Mr. Cuomo does materialize, it would instantly become one of the most intriguing Democratic primaries in the country, pitting a celebrity first-time candidate with an ability to command national media attention versus a two-term incumbent sitting atop $30 million and known for his aggressive political tactics.”

California Gov. Jerry Brown took office in 2011 with a $27 billion deficit. He won voter support for huge tax hikes on the rich in 2012, and voters reauthorized them in 2016. Brown leaves office w/a $6.1 billion surplus.
Take a note: Taxing the rich works. https://t.co/urzKR1QWic

STORMY DANIELS SUES TRUMP, BUT I AM NOT SURE WHAT FOR.  Adult film star Stormy Daniels sued President Trump, “alleging that he never signed the nondisclosure agreement that his lawyer had arranged with her,” NBC News reports.  “The civil suit alleges that her agreement not to disclose her ‘intimate’ relationship with Trump is not valid because while both Daniels and Trump’s attorney Michael Cohen signed it, Trump never did.”

When you file a civil suit, you are seeking damages.  Usually monetary damages.  Here, Stormy did get paid.  And if she is now alleging the nondisclosure agreement does not apply, then really, all she should be doing is talking and then defending a suit from Trump who wants to enforce that nondisclosure agreement and/or a return of the hush money.   Politically, that is not a lawsuit the President would be likely to file.  But Stormy doesn’t have to file her own lawsuit to declare the agreement nonbinding. So, yeah, it’s confusing.

NUNBERG TO COOPERATE WITH MUELLER, AFTER ALL THAT.   Former Trump aide Sam Nunberg “spent much of Monday promising to defy a subpoena from special counsel Robert Mueller, even throwing down the challenge to ‘arrest me,’ then backed off his defiance by saying he would probably cooperate in the end,” the AP reports.

“Nunberg said he was angry over Mueller’s request to have him appear in front of a grand jury and turn over thousands of e-mails and other communications with other ex-officials, among them his mentor Roger Stone. But he predicted that, in the end, he’d find a way to comply.”

EPA REGULATOR ALLOWED TO CONSULT FOR PRIVATE CLIENTS.  “A key aide to Environmental Protection Agency Administrator Scott Pruitt has been granted permission to make extra money moonlighting for private clients whose identities are being kept secret,” the AP reports.

Norm Eisen: “This is insane. In the Obama White House, I even made people quit uncompensated non-profit outside positions because of conflicts risks. This is FOR profit work that could conflict with official duties. Prediction: by end of Trump admin, prisons will be full of his associates.”

DEMS HOLD EDGE IN WISCONSIN.  A new Marquette University Law School poll in Wisconsin finds 64% of Democrats said they felt “very enthusiastic” about voting in November, as compared to 54% of Republicans.  In 2014, it was Republicans who had the enthusiasm edge, 55% to 52%.

Immigrants, especially those with children, worry constantly about their futures under the Trump administration. When parents worry, teens face an "elevated risk of failing in school, engaging in substance use, having their own mental health problems.” https://t.co/mzMQv21dj5