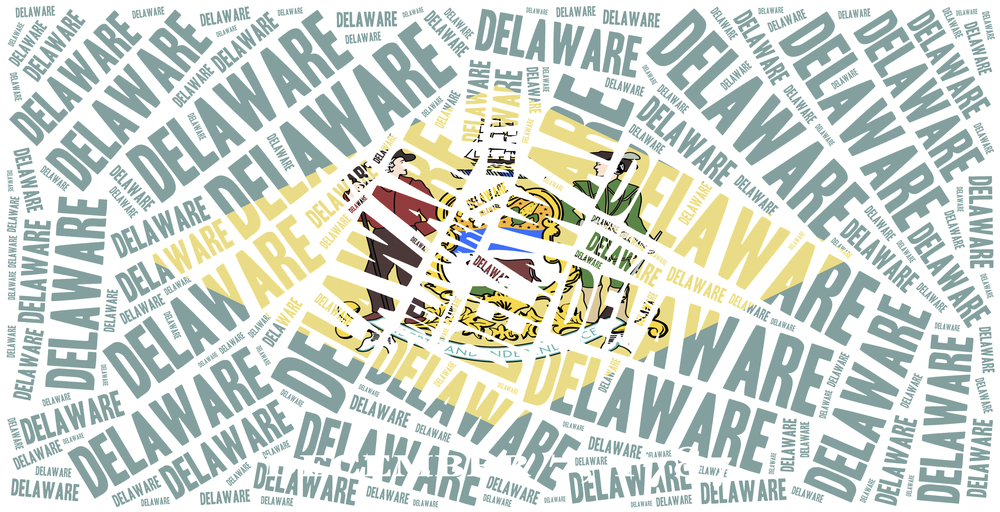 Former Trump aide Sam Nunberg told the Washington Post that he has been subpoenaed to appear in front of a federal grand jury investigating Russia’s interference in the 2016 but that he will refuse to go.  Said Nunberg: “Let him arrest me. Mr. Mueller should understand I am not going in on Friday.”

Nunberg added that he was planning to go on Bloomberg TV and tear up the subpoena. “It is unclear what actions Mueller would take if Nunberg does not appear in front of the grand jury. Nunberg, an early campaign aide, was dismissed by Trump and no longer is in his good graces.”

Josh Marshall: “You can plead the 5th amendment. But you can’t just not show up. You also can’t refuse to produce emails based on the 5th amendment, except under quite limited circumstances. And Nunberg long predates the presidency so there’s zero executive privilege claims.  Nunberg then went on MSNBC and gave what I would call a emotional, sometimes defiant interview in which he repeated his refusal, dared Mueller to arrest him and said that he had heard things from the Mueller investigators that made him think President Trump ‘may have done something during the election.’”

Lawfare: “It is an understatement to say that Sam Nunberg is playing with fire. Nunberg, a longtime Trump adviser and former campaign aide who is on the outs with the president, went on a bizarre rampage of media appearances Monday afternoon in which he mocked Special Counsel Robert Mueller, declared his intention to not cooperate before the grand jury in the Russia investigation, and appeared to speculate wildly on President Trump’s involvement, or lack thereof, in wrongdoing during the campaign…”

“The point is that federal prosecutors have robust powers to deal with recalcitrant witnesses, and special prosecutors in high-stakes matters involving the president of the United States have particular incentives not to tolerate contumacious conduct on the part of witnesses they subpoena. Nunberg may think it would be ‘funny if they arrested me.’ We suspect he’ll find it less so if and when ‘they’ actually do.”

Several close friends of former Trump adviser Sam Nunberg told me they had strong reason to believe he was day-drunk during his cable-news blitz today based on conversations he had with them starting this morning: https://t.co/cfR6uOqxbJ

We have a NEW 60 second ad on TV this week. There's been a lot of noise & nonsense on TV lately in #PA18. But for Conor, this campaign has always been about one word: Service. pic.twitter.com/ACh8othZux

Mike Allen: “Top Republicans sound increasingly resigned to losing a special House election in Pennsylvania Trump Country a week from today, after party-affiliated groups spent more than $9 million on a race that should be a ‘gimme.’”

“It’s one of the increasingly bearish signs for the GOP ahead of November’s midterms, with mammoth stakes for the West Wing: If Dems take the House and there’s a Speaker Pelosi, President Trump faces endless subpoenas and perhaps impeachment proceedings.”

SENATOR THAD COCHRAN RESIGNING. Sen. Thad Cochran (R-MS) will resign effective April 1, citing his deteriorating health.  According to Mississippi law, an interim gubernatorial appointment will be made and a special election to finish Cochran’s term will need to be held within 100 days.

TRUMP MELTDOWN CONTINUES. President Trump accused the Obama administration of launching an investigation into the Trump campaign in the months before the 2016 election in order to help Hillary Clinton win.

Said Trump: “Why did the Obama Administration start an investigation into the Trump Campaign (with zero proof of wrongdoing) long before the Election in November? Wanted to discredit so Crooked H would win. Unprecedented. Bigger than Watergate! Plus, Obama did NOTHING about Russian meddling.”

NOW THE GOP FINDS A SPINE. “Congressional Republicans are maneuvering to stop President Trump from levying harsh tariffs on steel and aluminum imports, arguing the move strikes at the heart of their economic agenda and could even cause political blowback heading into the 2018 midterms,” the Washington Post reports.

Josh Barro: “Congress has the power to stop the president from starting a trade war. The question is whether lawmakers will use that power, or whether they will continue to abdicate legislative responsibilities to the president.”

“Article I of the US Constitution vests the power to set tariffs in Congress. The president has the power to impose tariffs at his discretion only because Congress has passed laws granting him that power. If Republicans in Congress think Trump has a bunch of dumb, destructive ideas about trade, they should pass new laws that strip him of that power.”

“If Republicans in Congress are serious about free trade, they can most likely get enough Democratic votes to override a Trump veto of free-trade legislation.”

TARIFFS AS LEVERAGE ON NAFTA? President Donald Trump on Monday morning indicated that he may nix plans for the tariffs if he’s pleased with the renegotiation of the North American Free Trade Agreement (NAFTA).

Benjamin Hart: “Trump’s obsession with viewing trade as a zero-sum game — and one in which America is inevitably getting screwed — has led many to fear that he would walk away from NAFTA, which he often complains is a terrible deal for America. Trump’s trade representative Robert Lighthizer, who shares the president’s views, compounded that impression throughout much of 2017 by issuing unrealistic renegotiation demands that Mexico and Canada were in no mood to accede to. Recently, the conventional wisdom had been that Trump was less likely to abandon the pact altogether than to grudgingly agree to some changes. But with the surprise tariff announcement, the fate of the agreement is very much up in the air.

Republicans in Congress, who are happy neither about the possible end of NAFTA or the new tariffs, have the power to rein the president in on both matters. Whether they’ll actually do anything is an open question.

A charity run in Philando Castile’s name just wiped out the lunch debt of every student at all 56 schools in the district where he worked https://t.co/vMqrmdR7QT

STORMY PAYMENTS. The bank used by President Trump’s personal lawyer, Michael Cohen, to wire $130,000 to a former adult-film actress flagged the transaction as suspicious and reported it to the Treasury Department, the Wall Street Journal reports.

“The lawyer, Michael Cohen, wired the money to a lawyer for former actress Stephanie Clifford, known professionally as Stormy Daniels, from an account at First Republic Bank . The money was received on Oct. 27, 2016, 12 days before the presidential election, another person familiar with the matter said. It isn’t clear when First Republic reported it to the government as suspicious.”

Also interesting: “After Mr. Trump’s victory, Mr. Cohen complained to friends that he had yet to be reimbursed for the payment to Ms. Clifford, the people said.”

An escort said she had more than 16 hours of audio recordings that could help shed light on Russian meddling in U.S. elections https://t.co/uMdImu3JFb

“A Belarusian escort with close ties to a powerful Russian oligarch said from behind bars in Bangkok on Monday that she had more than 16 hours of audio recordings that could help shed light on Russian meddling in United States elections,” the New York Times reports.

“The escort, Anastasia Vashukevich, said she would hand over the recordings if the United States granted her asylum. She faces criminal charges and deportation to Belarus after coming under suspicion of working in Thailand without a visa at a sex-training seminar in the city of Pattaya.”

There are few definitive rules for life, but one of them is to read everything @JaneMayerNYer writes. And especially this one. https://t.co/wF6h6YAk4n

TRUMP TEAM WAS COMMUNICATING WITH MOSCOW IN THE SUMMER OF 2016!  Jane Mayer: “According to an article by the Washington Post, that month the C.I.A. sent what the paper described as “an intelligence bombshell” to President Obama, warning him that Putin was directly involved in a Russian cyber campaign aimed at disrupting the Presidential election—and helping Trump win. Robert Hannigan, then the head of the U.K.’s intelligence service the G.C.H.Q., had recently flown to Washington and briefed the C.I.A.’s director, John Brennan, on a stream of illicit communications between Trump’s team and Moscow that had been intercepted. (The content of these intercepts has not become public.)”

When we refer to all of the things Mueller knows that we haven’t heard about yet, that is an example of the kinds bombshells that are waiting to explode.  This also explains why Trump and the entire right wing media machine are doing everything they can to discredit both the man and the intelligence report he produced.

“The memo said that the Kremlin, through unspecified channels, had asked Trump to appoint someone who would be prepared to lift Ukraine-related sanctions, and who would cooperate on security issues of interest to Russia, such as the conflict in Syria. If what the source heard was true, then a foreign power was exercising pivotal influence over U.S. foreign policy — and an incoming president.”

Trump name chiseled off the Trump International Hotel in Panama after weeks of tensions over control of the property. https://t.co/KQuDrUckyr pic.twitter.com/Ph6xlHgwBr

THE FALL OF JARVANKA.  “They spent their first year in Washington as an untouchable White House power couple, commanding expansive portfolios, outlasting rivals and enjoying unmatched access to the president. But Jared Kushner and Ivanka Trump have undergone a swift and stunning reckoning of late, their powers restricted, their enemies emboldened and their future in the West Wing uncertain,” the AP reports.

“Kushner, long the second-most powerful man in the West Wing, is under siege. President Trump’s son-in-law has lost influential White House allies. He remains under the shadow of the Russia probe and has seen his business dealings come under renewed scrutiny. He has been stripped of his top security clearance, raising questions how he can successfully advance his ambitious agenda — including achieving Mideast peace, a goal that has eluded presidents for generations.”

“Kushner’s most powerful patron, the president himself, has wavered recently on whether his daughter and son-in-law belong in the White House anymore.”

PRESIDENTIAL SEAL BEING USED BY TRUMP ORG.  ProPublica: “In recent weeks, the Trump Organization has ordered the manufacture of new tee markers for golf courses that are emblazoned with the seal of the President of the United States. Under federal law, the seal’s use is permitted only for official government business. Misuse can be a crime.”

“Ethics experts have long been on the lookout for signs that the Trump Organization would exploit the office of the presidency for commercial gain. Several said that using the presidential seal on the company’s golf courses would fall into this category.”

BLUE TEXAS.  “One big question to watch Tuesday is whether the wave of Democratic enthusiasm that has emerged across the country in the last year — and in Texas’s early vote tallies — seems big enough way to make a dent in Democrats’ historical disadvantages in places like Texas,” NBC News reports.

First Read: “So on Tuesday, one piece of advice: Count the vote numbers between Democrats and Republicans. They could tell quite a story.”

Barack Obama checked in on Springsteen on Broadway last night.