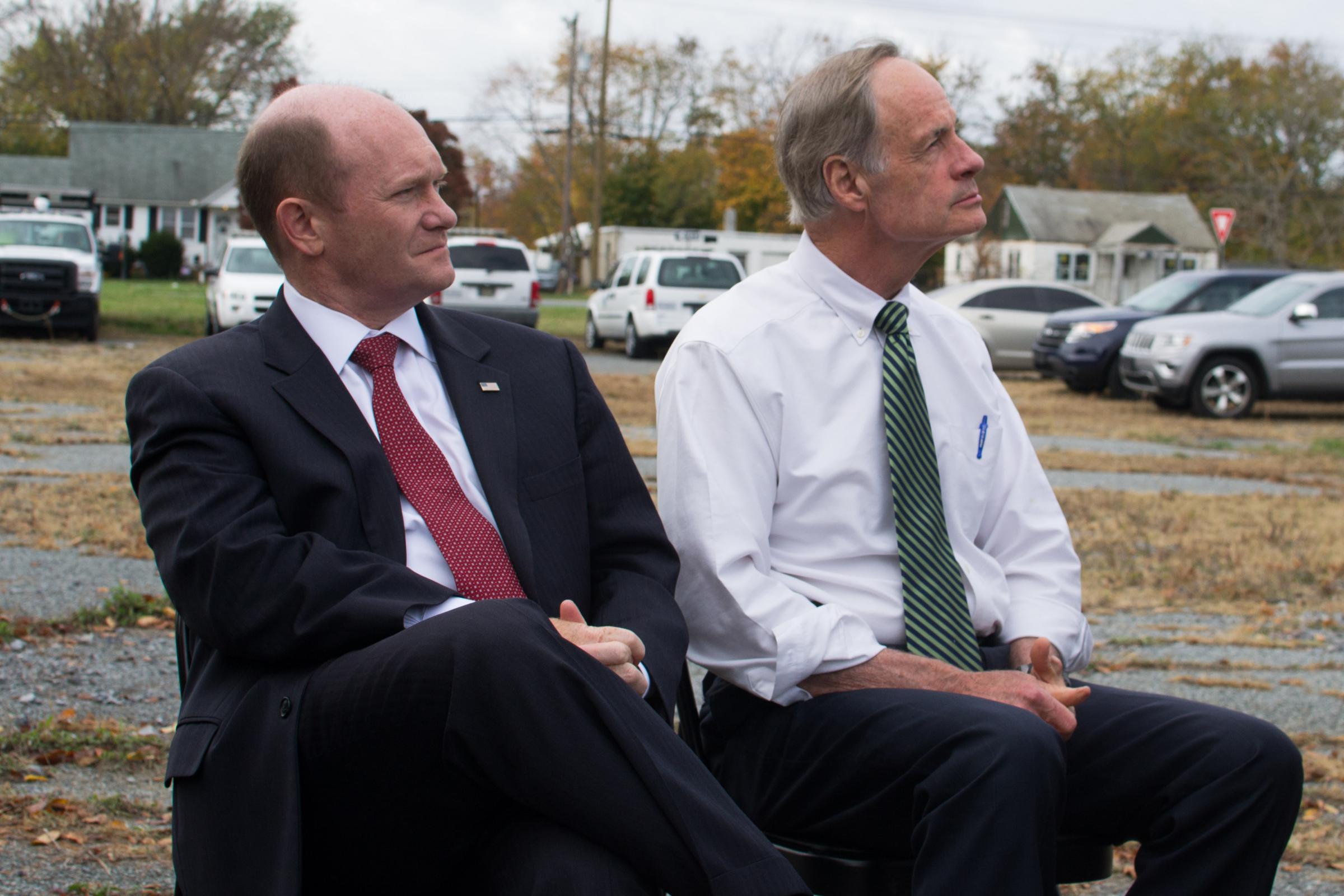 “The Senate is preparing to scale back the sweeping banking regulations passed after the 2008 financial crisis, with more than a dozen Democrats ready to give Republicans the votes they need to weaken one of President Obama’s largest legislative achievements,” the Washington Post reports.  “Eight years after nearly every Senate Democrat backed a sweeping set of new rules for financial firms large and small, the party is now split, with moderates, several of them facing tough midterm election contests, working with the opposing party.”   We discuss Carper’s co-sponsorship of this horrible Republican bank deregulation bill here.

Tom Carper and Chris Coons are two of those “moderate” Democrats, and neither of them are facing tough reelection prospects this fall.  Chris Coons is not even up for election, so we have to assume a policy of fellating banks is what he considers good policy.  Thus, he will have to be retired in 2020, his next election.   Tom Carper is up this year, but he has token Republican opposition.  He does have a progressive challenger in Kerri Evelyn Harris.

However, if we are being honest and frank about forecasting that race, you would have to give Carper the overwhelming edge.  The last challenger he faced was in 2012 in Keith Spanarelli, and Carper dispatched him quite easily, 88% to 12%.   Yes, things are different now, and the mood is different among the Democratic base, and the political environment of 2018 will be entirely different from that of 2012.   But you still have to imagine Carper winning at the very worse a 60/40 race.

That could all change if he just starts pissing off Democratic voters for sport, and this vote to support banks does precisely that.