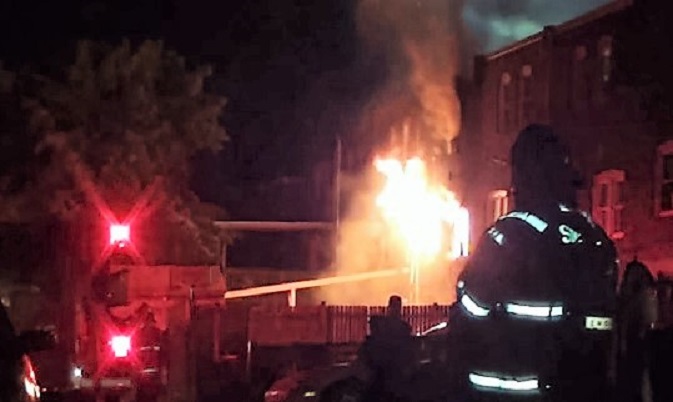 Perhaps stunned or pleased by the wonderful candidacy of Chris Johnson, Republican attorney Tom Neuberger is withdrawing his candidacy for Attorney General.   Actually, he is withdrawing in order to pursue a rather blockbuster lawsuit against former Wilmington Mayors Baker and Williams and ex-Chief Goode for the Canby Park rowhome fire that killed 3 city firefighters last year.

Neuberger says Goode, Baker and Williams deliberately understaffed the #WilmDE Fire Dept. “The blood of the firefighters is on their hands.” #NetDE

The News Journal has more:

The announcement comes as attorneys for Brad Speakman, who fell through a burning floor during the Sept. 24, 2016, blaze, say they are in an investigatory phase as they prepare to file a lawsuit against the city of Wilmington, Mayors James M. Baker and Dennis P. Williams and former Fire Chief Anthony S. Goode for their continual use of brownouts.

The practice, which places a fire truck out of service to save on overtime expenses, was in place the day Capt. Christopher Leach and Lt. Jerry Fickes died in a Canby Park rowhome fire. Lt. Ardythe Hope died on Dec. 1, 2016, from injuries she received in the blaze.

“My legal team recently recovered in federal court about $8 million after the prison uprising because two Democratic governors and others, over a similar 16-year time span, deliberately understaffed our prisons,” said Attorney Thomas S. Neuberger, whose firm along with that of firm of Jacobs & Crumplar, are representing Speakman. “Wilmington’s mayors and fire chief also have been deliberately understaffing their fire department and the price paid has been the shocking loss of human lives.”

7 comments on “Only Republican Candidate Withdraws from AG Race”