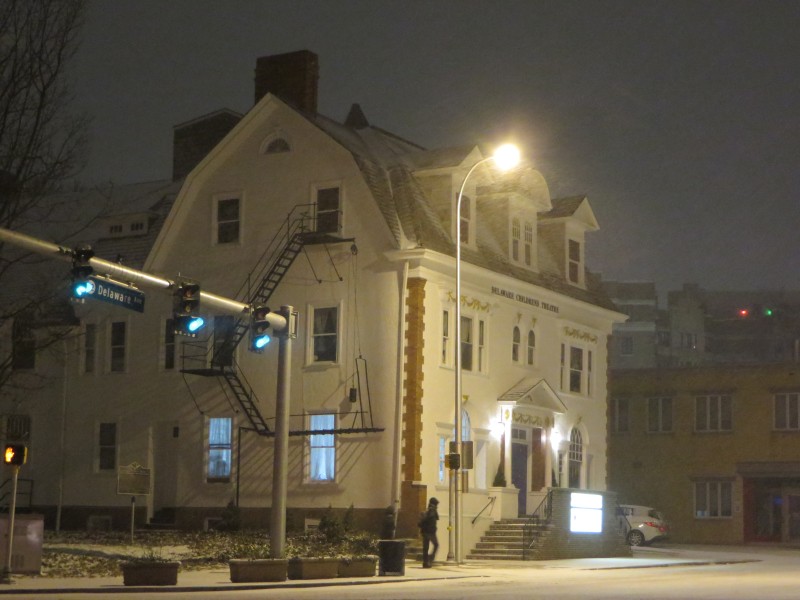 The Delaware Children’s Theater, on Delaware Avenue in Wilmington. The theater was built in 1892 as the New Century Club, a women’s organization. The Delaware chapter is best-known for starting the Christmas Seals program in 1907, and was also influential in the founding of the Women’s College in Newark.   Photo by xzmattzx.