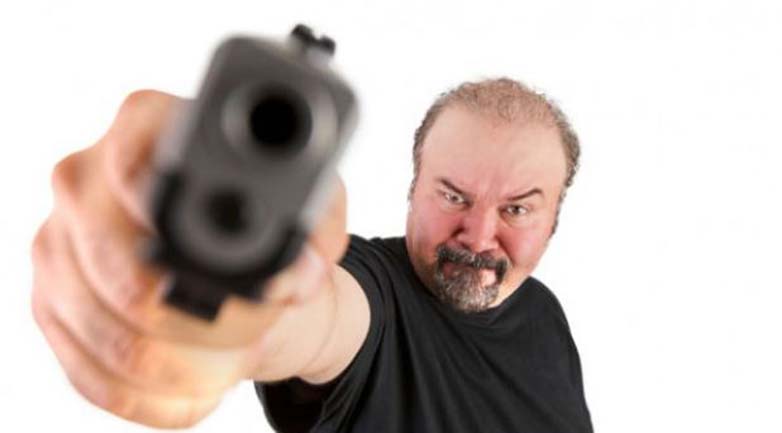 What could go wrong? Notice, also, who these guys label the enemy.

The Oath Keepers militia group on Monday issued an official “call to action” asking their members to serve as voluntary armed guards at U.S. schools, in order to intervene in the event of a mass shooting.

But the group doesn’t seem to think much of some of the students they say they want to protect.

During a meandering Monday night webinar held by the far-right, anti-government group, the gun writer David Codrea referred to Emma González and David Hogg, survivors of the Valentine’s Day school shooting in Parkland, Florida as “the enemy.”

Oath Keepers founder Stewart Rhodes, who hosted the webinar, suggested that law enforcement may have deliberately ignored multiple tips about the shooter, Nikolas Cruz, in order to allow a massacre that could pave the way for gun control.

“It was a conspiracy to intentionally leave our children exposed to mass murder,” Rhodes said.

Rhodes and other speakers also talked about the group’s effort to station armed Oath Keepers volunteers, who are military and police veterans, at schools across the U.S., “whether they want us to or not,” as Rhodes put it at the start of the webinar.

They don’t want them. Who would? No one sane. They have targeted high school students. And make no mistake, that’s exactly what they’ve done.

For those lamenting not following up on warning signs…There are red flags all over the field with this group. I worry for these student activists.