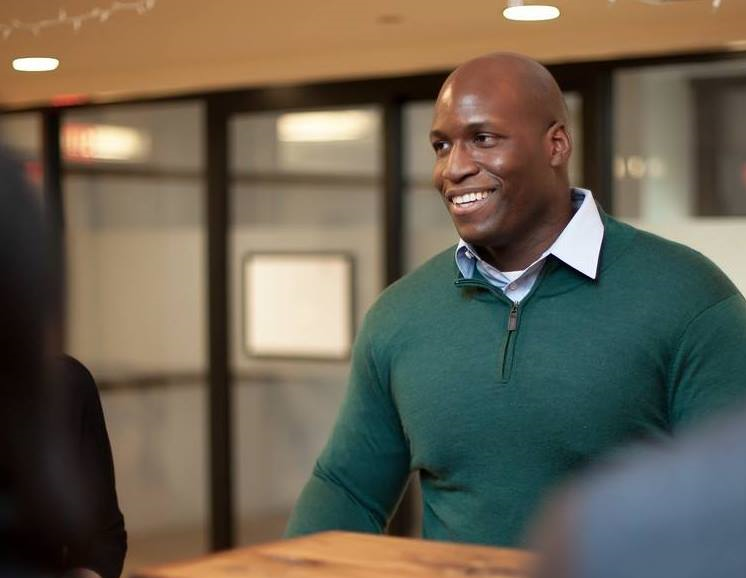 We finally have a progressive candidate for a Attorney General in Chris Johnson.   Johnson is the former (as of yesterday) Deputy Legal Counsel for Governor Carney and former counsel for the City of Wilmington Law Department.  He has also been an attorney in private practice in Delaware and Pennsylvania.   He serves as the Vice Chair of the Wilmington Democratic Party, and serves on the Executive Committee of the Delaware Bar Association and on the Board of Directors of the Delaware Center for Justice.

Today, at noon, Mr. Johnson will announce his candidacy at the Police Athletic League of Wilmington at 3707 Market Street in Wilmington.   The campaign announcement will also feature a Career Advancement workshop that will include resume writing and review, mock interviews, GED information sessions and voter registration.  These services will be emblematic of Johnson’s campaign theme to bring proactive crime prevention, rehabilitation and reentry programs back to our criminal justice system.

I sat down for an interview with him at the Jackson Inn on Thursday, so forgive some crowd noise and a guitar player in the background.  In the interview, Mr. Johnson states that he opposes the death penalty and will not seek it as Attorney General should the penalty ever become available again in Delaware, and that he supports the legalization of marijuana.  He also supports criminal justice reform efforts like the Bail Reform that just passed.