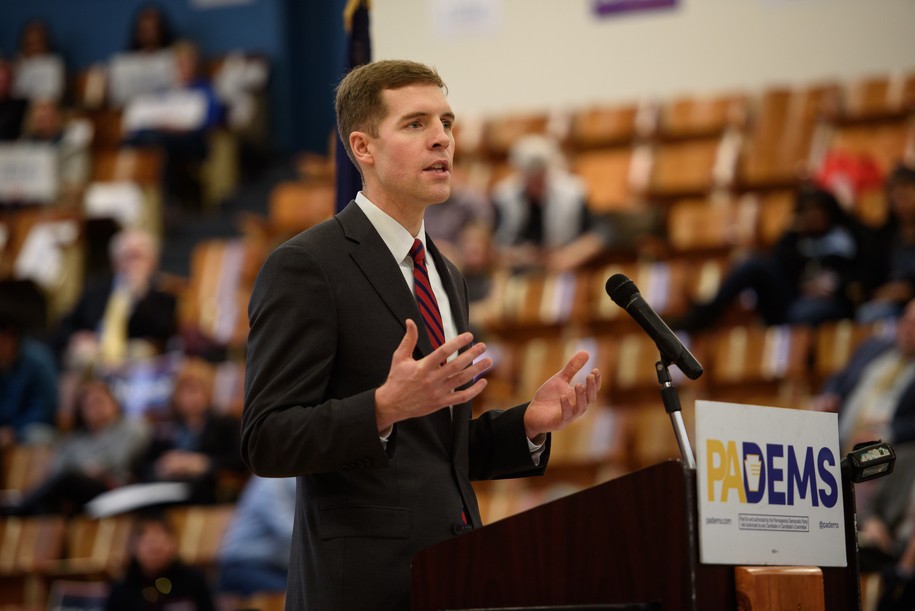 The next special election is in Pennsylvania’s 18th Congressional District scheduled on March 13.  And we finally have a public poll showing a close race.   DFM Research finds the Republican nominee, Rick Saccone, leading Democrat Conor Lamb 41-38, with 21% undecided.   Trump won the district by a 58-39 margin in 2016.

A new Reuters/Ipsos poll finds that 55% of Americans said the government should not shut down, even if that means letting the Dreamers get deported. At the same time, 87% of Democrats and 60% of Republicans said they supported the DACA program that protects the Dreamers from deportation.  That suggest Democrats had the overwhelming backing of the public on the issue but not on the method to get it done.

A new NBC News/Survey Monkey poll finds that 39% of Americans think Democrats in Congress are responsible for the recent government shutdown.  In contrast, 38% blamed President Trump and just 18% said Republicans in Congress were to blame. Taken together, however, the poll shows that a majority of Americans — 56% — blame the president and his party.  Also interesting: 60% said Trump did not show strong leadership qualities during the recent negotiations over a shutdown.

Josh Marshall on these results: “Elections are zero sum affairs. In electoral and political purposes, certain in regards to the 2018 midterms, Trump and the GOP are functionally identical. They’re getting most of the blame. The fact that Trump is 38% and the GOP 18% is, I suspect, simply a function of Trump’s so much greater public profile. The headline suggests the blame is being split equally. It’s not. Not even really close.  Now, I’m not saying this is awesome for the Democrats. As I noted earlier, it’s a deflating end to the stand-off … for now. I flag this result to keep us focused on the reality of the situation, which is that Republicans took the lion’s share of the blame for what happened. In many ways, the result simply mirrors current national divisions – pro-Trump vs anti-Trump, which the former groups are, at present, decisively losing. The big picture is that this is one skirmish in what will be a long drawn out battle because the Democrats have little power at least until the result of the next election.”

A new ABC News/Washington Post poll finds that 48% of voters think President Trump is mentally stable, while 47% do not.  “Trump’s job approval rating at his one year mark is at 36%, while 58%. The next lowest approval rating from a president at one year was Gerald Ford in 1975 with 45 percent.”

A new ABC News/Washington Post poll finds 60% of Americans don’t trust President Trump to handle his nuclear authority responsibly, and just more than half are concerned he might launch a nuclear attack without justification.