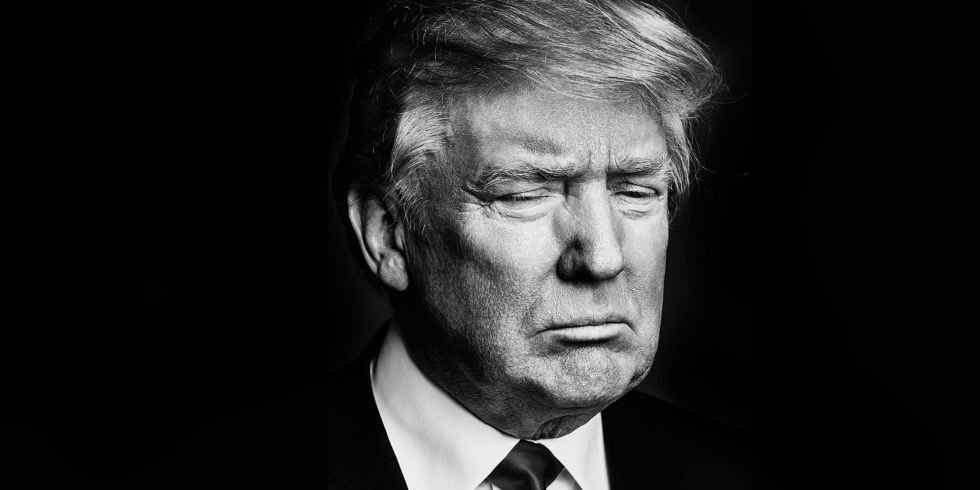 MUELLER SEES AN ONGOING PATTERN.  Special counsel Robert Mueller “is seeking to question President Trump in the coming weeks about his decisions to oust national security adviser Michael Flynn and FBI Director James Comey,” the Washington Post reports.  “Mueller’s interest in the events that led Trump to push out Flynn and Comey indicates that his investigation is intensifying its focus on possible efforts by the president or others to obstruct or blunt the special counsel’s probe.”

Josh Marshall: “The big takeaway is that Mueller is at least investigating the possibility that Trump’s effort to subvert the investigation into his campaign continued long after he fired James Comey. It seems likely he thinks it has continued down to the present day. Certainly, if bullying Sessions counts, there are plenty of other examples of this pattern.

To that end, “Attorney General Jeff Sessions was questioned for several hours last week by the special counsel’s office as part of the investigation into Russia’s meddling in the election and whether the president obstructed justice since taking office,” the New York Times reports.  “The meeting marked the first time that investigators for the special counsel, Robert S. Mueller III, are known to have interviewed a member of Mr. Trump’s cabinet.”

Shortly after word came on Tuesday morning that special counsel Robert Mueller had pulled in Attorney General Jefferson Sessions for an interview, the New York Times reported that Mueller previously had another conversation, former FBI Director James Comey, and that conversation may have shaped many of the questions Sessions received.  “The interview with Mr. Comey focused on a series of memos he wrote about his interactions with Mr. Trump that unnerved Mr. Comey. In one memo, Mr. Comey said that Mr. Trump had asked him to end the F.B.I.’s investigation into the former national security adviser, Michael T. Flynn.”

“Shortly after President Trump fired his FBI director in May, he summoned to the Oval Office the bureau’s acting director for a get-to-know-you meeting,” the Washington Post reports.

“The two men exchanged pleasantries, but before long, Trump, according to several current and former U.S. officials, asked Andrew McCabe a pointed question: Whom did he vote for in the 2016 election?”

“McCabe said he didn’t vote, according to the officials, who like others interviewed for this article requested anonymity to speak candidly about a sensitive matter.”

A year ago, everybody thought Trump would destroy Obama's legacy. He hasn't. https://t.co/pVmPX9G4ol pic.twitter.com/CRZxoen2Dx

TRUST IN US PLUMMETS. The Edelman Trust Barometer found trust in U.S. institutions crashed last year, “posting the steepest, most dramatic general population decline the Trust Barometer has ever measured.”

ANOTHER BOOK ABOUT CHAOS IN THE WHITE HOUSE. Washington Post: “The White House — and the politerati diaspora — has just barely stopped reeling from author Michael Wolff’s account of life in Trump’s West Wing, Fire and Fury: Inside the Trump White House, and now another life-in-the-White-House book is about to drop, this one from Kurtz.”

“Like the books that came before it, and almost certainly like the ones still to come, Kurtz’s book, Media Madness: Donald Trump, The Press, And The War Over The Truth, offers a portrait of a White House riven by chaos, with aides scrambling to respond to the president’s impulses and writing policy to fit his tweets.”

Josh Marshall: “That is highly notable. A simple denial, absent proof, would be easy enough. Yet they refuse to do even that. It’s certainly reasonable to assume that the NRA has lots of reasons to want to keep its books closed that have nothing to do with Russia or anything illegal. The whole point of “dark money” is people want to operate in secret. That doesn’t mean their contributions are illegal. In any case, point being is that you don’t have to assume the NRA got a check for $30 million from Vladimir Putin to explain their reluctance to open their books. It would be expected regardless. The complete silence and unwillingness even to discuss the issue is a big red flag.”

TRUMP LIED ABOUT DONATING PROFITS HE GETS FROM BEING PRESIDENT. “Among the many promises Donald Trump made a year ago to assure people he wouldn’t profit off his presidency, one stood out for its boldness: a pledge to donate the profits from any foreign governments staying in his namesake hotels to the U.S. Treasury,” the AP reports.  “Today, after a year in which groups associated with Saudi Arabia, Malaysia and Kuwait have booked rooms, hosted events and spent thousands of dollars at the president’s hotel in Washington, no such payments to the Treasury have been made.”

IT’S A GIRL. Sen. Tammy Duckworth (D-IL) told the Chicago Sun Times that she “is expecting her second child, another girl, in late April, a few weeks after she turns 50.”  “The birth will make Duckworth the nation’s first senator to have a baby while serving in the chamber.”

RUSSIA IS STILL HELPING TRUMP.  “The White House branded the federal budget impasse… as the ‘Schumer Shutdown’ in its attempt to pin the blame on Senate Minority Leader Charles E. Schumer (D-NY),” the Los Angeles Times reports.  “But it wasn’t just Republicans using that phrase during the weekend government shutdown. Independent analysts said Twitter accounts linked to Russia have spread the same message.”

California Democrats Sen. Dianne Feinstein and Rep. Adam Schiff are asking Twitter and Facebook to probe whether a hashtag promoting the release of a classified memo compiled by Republicans was propagated by Russian bots.  In a letter sent to the two companies’ CEOs Tuesday, Schiff and Feinstein asked the social media giants for “urgent assistance” in “our efforts to counter Russia’s continuing efforts to manipulate public opinion.”

Neil Gorsuch must recuse himself from DACA case after political talks with Senate GOP leadership https://t.co/45vvF19jTP

RUNNING FOR THE HILLS.  David Nir is compiling a spreadsheet showing a state-by-state summary of open and uncontested state legislative seats. He’s adding states only after their filing deadlines pass — which means just Illinois and Texas so far — but some patterns are already emerging.

“Thirty Republicans in these two states aren’t seeking re-election compared with just 12 Democrats. That proportion is similar to what we’re seeing for the House, where 31 Republicans and 15 Democrats are retiring. The uncontested seats (that is, where one major party isn’t fielding a candidate) tell the same story.”

OFF THE TABLE. Sen. Chuck Schumer (D-NY) “is taking his big spending boost for Donald Trump’s border wall off the table,” Politico reports.  “The Senate minority leader, through an aide, informed the White House on Monday that he was retracting the offer he made last week to give Trump well north of the $1.6 billion in wall funding Trump had asked for this year, according to two Democrats. And now they say Trump will simply not get a better deal than that on his signature campaign promise.”

BIG VOTING NEWS OUT OF FLORIDA.  “Floridians will get to decide in November whether they want to amend the state constitution to automatically restore voting rights to felons once they complete their sentences, a move that could significantly expand the franchise to over 1.5 million people,” the HuffPost reports.

“Florida election officials verified Tuesday that organizers had gathered enough petitions to put the referendum on the ballot this year. Just gathering those signatures was a herculean task for the grassroots effort ― Florida law required the organizers to gather 766,200 signatures, equal to 8 percent of the votes cast in the last presidential election.”

Did the Dems betray their base? No, they don't have a single unified base https://t.co/5nktPOV1sQ

BIDEN CONFIRMS REPORTS THAT MCCONNELL ASSISTED IN THE TRUMP-RUSSIAN CONSPIRACY.  Former Vice President Joe Biden said that Senate Majority Leader Mitch McConnell (R-KY) “stopped the Obama administration from speaking out about Russian interference in the 2016 campaign by refusing to sign on to a bipartisan statement of condemnation,” Politico reports.  That moment made Biden think “the die had been cast … this was all about the political play.”

“Biden said he and former President Obama worried that without a united front of bipartisanship, speaking out before the election would undermine the legitimacy of the election and American institutions in a way that would play into the Russians’ larger ambitions.”

Nancy LeTourneau: “[I]f we learned anything about how Republicans used [the power of the Senate Minority] during the Obama years,  it should be clear that the nature of that power makes it possible to stop something from happening, but is pretty limited when it comes to affirmatively passing policy objectives. […]  If we examine the agreement reached yesterday between McConnell and Schumer through the lens I am describing, the fact that Democrats got CHIP funded for six years and a Senate vote on DACA is actually a pretty good outcome for a party in the minority. Those who want something more should obviously keep pushing, but getting everyone out to vote this November is the ultimate strategy for success.”

The consensus from experts and advocates on President Trump's actions around the opioid epidemic: “a lot of talk, little action.” https://t.co/H2c7eH1Peh