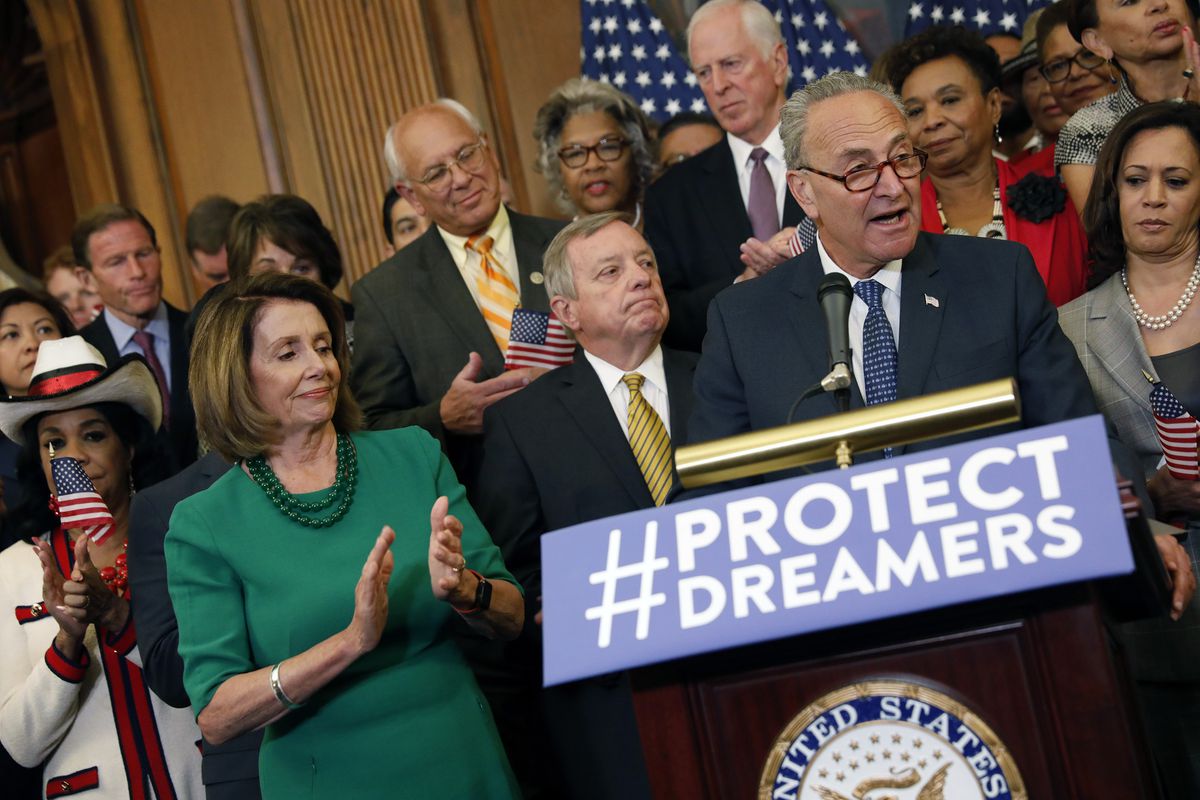 So the shutdown is over.   Assuming the House votes Yes on this deal.  And this is the deal:

This is a bipartisan deal, that has many folks who voted for this relying on Susan Collins and Joe Manchin to get McConnell to keep his word.  Which is a head scratcher — McConnell is widely distrusted, demonstrably lied to Collins to get her vote on the Tax Scam bill, but she will be able to keep McConnell to his word.  Curious.

Both Carper and Coons voted Yes on ending the filibuster.

“If the Republicans said we are ending same-sex marriage, but we promise Democrats a vote later; or we approve of oil drilling in every national park, but you’ll have a vote later — do you think the Democrats would say yes? This shows me that when it comes to immigrants, Latinos and their families, Democrats are still not willing to go to the mat to allow people in my community to live in our country legally,” said Gutierrez, one of Capitol Hill’s most vocal advocates for “dreamers,” in a statement.

Not exactly a surrender, but the Dems just paid a ton of money to just release one hostage.  And they have a promise from the kidnapper that the rest will be released shortly.  But I do think that Rep. Gutierrez here has a point, and even a broader one.

What do people know about what Democrats stand for here?  Because I sure don’t know.  Other than not playing a very good hand.  I need every Dem to start taking to the airwaves to commit to getting a DACA vote before February 8.  This is the last of kicking the can down the road.  Make sure that everyone knows that the triumvirate of Kelley, Miller and McConnell have had their last bite at working to codify their prejudices.  But at the end of the day, they have communicated to the Hispanic community that they are not as valued a part of the Dem coalition as others are.

We do live to fight again and the Dreamers are the priority.  I’m not interested in supporting any Democrat who can’t go to the mat for the DACA recipients.

This is Senator Dick Durbin’s speech on moving forward today. You can see what they think they got here — a commitment with a bipartisan group of Senators (which looks to exclude McConnell) to specifically work on this issue. Durbin is giving everyone the benefit of the doubt and is looking forward to more regular order on this issue. Hard to argue with him on this and he may feel that it was important to give the Senators willing to do the work the space to do it. I’m sympathetic to this point. But Democrats cannot squander away this time to address “the civil rights issues of our time”.

6 comments on “#TrumpShutDown Is Ended — For Now”