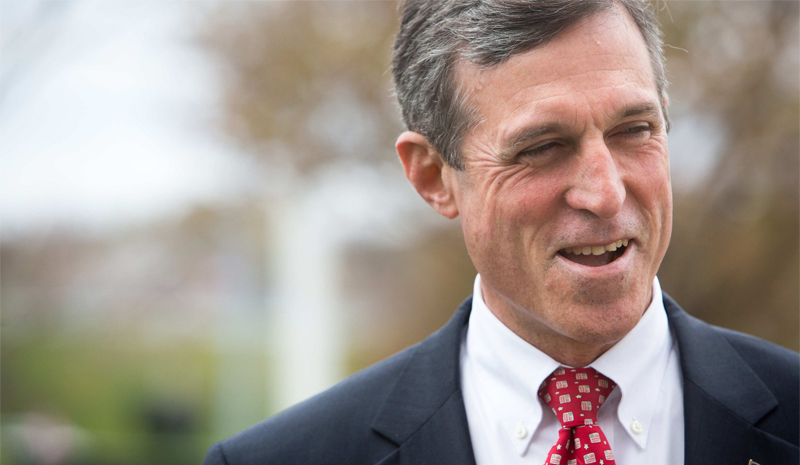 I did not hear it live, and have not listened to it, but I have read it.  You can read it below.  One Democratic operative wrote to me that they were “very disappointed.”  “It was like he was reading a book report.  No new ideas as far as I can tell.  Maybe I missed something.  But the guy could shoot someone on Kirkwood Highway and get reelected, [so] what the hell are they scared of?”  That tends to be my reaction whenever Carney speaks about anything.  He is not an inspiring or charismatic speaker, and when you couple that with a lack of detail or new ideas, a disappointed reaction is what you are going to get.

Kevin Ohlandt at Exceptional Delaware had a similar reaction: “On the education front, he didn’t really say anything I haven’t heard before.  He made it a point to specifically address Christina School District and the five schools in Wilmington.  There was NO mention of Kindergarten to 3rd Grade Basic Special Education funding.  He talked about math coaches but absolutely nothing about reading specialists.  He wants to pour more money into the Pre-K Stars program.  Pretty much everything sounds like a Jack Markell third term.  Enough already Carney!  How about coming up with some new and creative ideas? ”

The Correctional Officers Association President Geoff Klopp felt the Governor’s nods to and statements about the Department of Correction weren’t enough: “The governor speaks of the DOC in only nine short sentences in his State of the State address,” said COAD president Geoff Klopp. “While we deeply appreciate what the governor said about salary increases and the use of technology, that alone is not the answer. Let’s face it: as long as Delaware continues to incarcerate people at the rate it does, change in the DOC should be the top priority. […] Yes, the environment, education and economic development are important to our quality of life in Delaware — but no one died in 2017 because of what we did or did not do for the environment, education or economic development,” he said.

DSEA President Mike Matthews was more favorable: “The VERY good: Paid maternity and paternity leave, student loan forgiveness for staff who work in high-needs schools or fill high-needs positions, acknowledgement of trauma in our schools.  The not-so-good: We need to hear more — lots more — about special education. As well, let’s use the word “educators” instead of “teachers.”  Overall, I look forward to the General Assembly taking some of Gov. Carney’s proposals seriously and then getting to work funding them.”

Speaker Peter Schwartzkopf defended Carney against criticism over lack of detail or new ideas: “You talk about ‘This is what I’d like to do,’ you give a big, broad plan and then later on you’ll see bills come out that will address some of those issues,” Schwartzkopf said.  “You’ll see press conferences held for some of it, you’ll see budget proposals that will help fill in the blanks. State of the State is not meant to be ‘We’re going to do this by this, step by step by step.’ It’s usually just a broad outline of where he wants to go and what he wants to do for our state.”

Senate President Pro Tempore David McBride likewise was satisfied with the priorities Carney laid out: “I was very pleased that the governor stressed education and economic issues. […] “I also like the fact that he talked about … improving some of their facilities and considering a pay raise. We haven’t done a lot of that lately because of budgetary issues.”

While others focus on education and corrections, my focus has been on revenues and healthcare.  And I was not pleased with his comments on healthcare costs and that we need to make the hard decisions.   “Hard Decisions” are this year’s “Shared Sacrifice.”  A phrase that wraps up cuts to services for the poor and middle class into some poll tested bromide that says that everyone is doing their part.  Well, last year, the shared sacrifice did not include wealthy taxpayers sacrificing.  It included cuts in education.  Cuts to Grants in Aid.  Cuts to services everywhere.  Everyone else was forced to sacrifice, but not the richest taxpayers in this state.   So there will be no benefit cuts on healthcare unless first we get two new income tax brackets at the top of the income scale with higher rates for the wealthy.  Full stop.   Another foot down the road of “shared sacrifice” on the part of the Governor guarantees him a primary challenge.