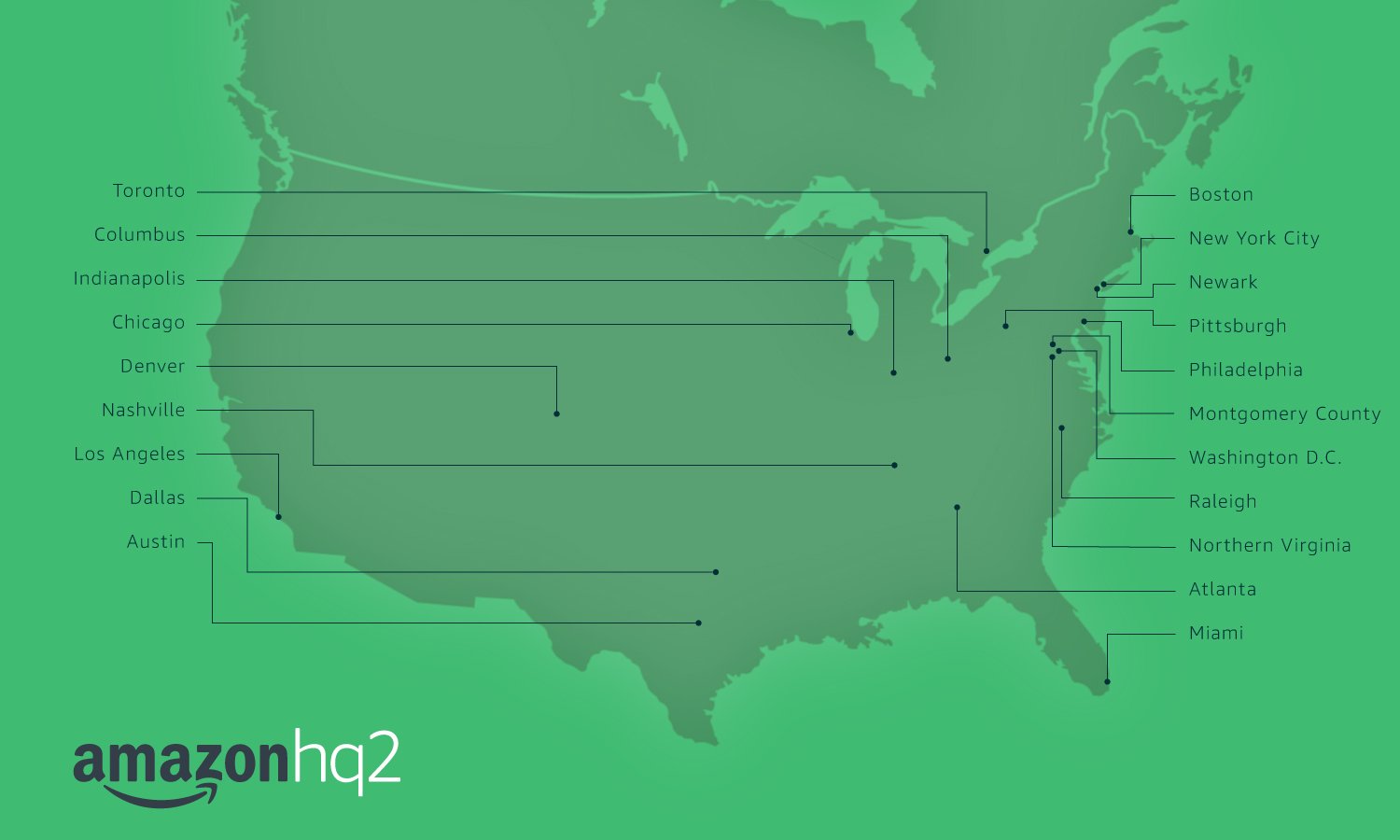 The news has been everywhere this morning, but this is the list of the 20 finalists:

No Delaware, which isn’t much of a surprise, really.  No gloating though — I just hope that the people who worked on our bid can see that they are up against cities who are furiously making investments in themselves in very visible ways to make themselves attractive to a high-end, innovation economy.  Investments that help them, Amazon or no Amazon, but do improve the lives, schools and business atmosphere for everyone who is already there.

I love that both Philly and Pittsburgh made the list.  I admit to pulling for Philly — because they really are working hard at improving their city AND because I think Northern DE at least could get some benefit from it.

Northern VA and Montgomery County on the list could also point to Amazon’s ambitions for AWS.  Toronto is interesting not the least because they can offer universal health care.  And this list preserves the NYT pick for the Amazon HQ2 city — Denver (plus the city they really think Bezos needs — Boston).

0 comments on “Delaware Out of the Running for Amazon HQ2”