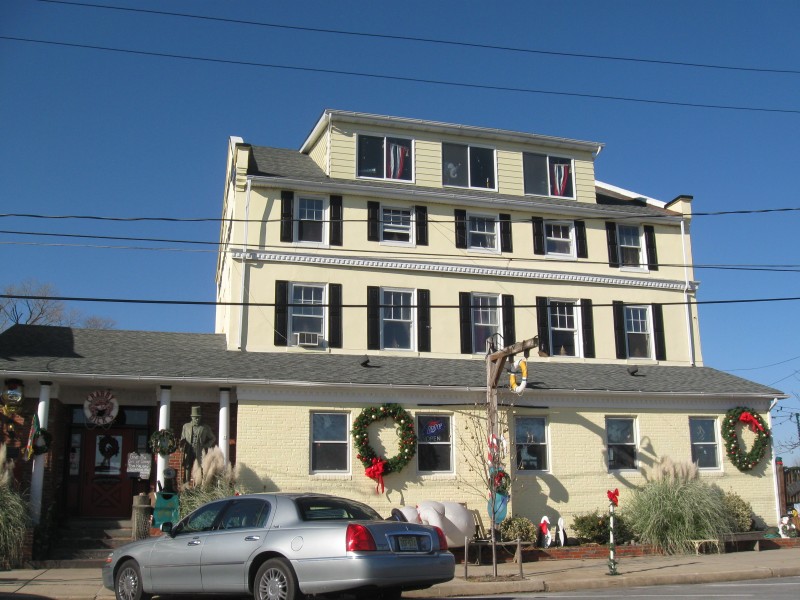 The old Delaware City Hotel, on Clinton Street in Delaware City. The hotel was built in 1829 when the Chesapeake & Delaware Canal opened across the street, and it served businessmen and excursionists alike. Wharves next to the hotel allowed ship traffic to dock, bringing people and goods en route between Philadelphia and Baltimore.  Photo by xzmattzx.