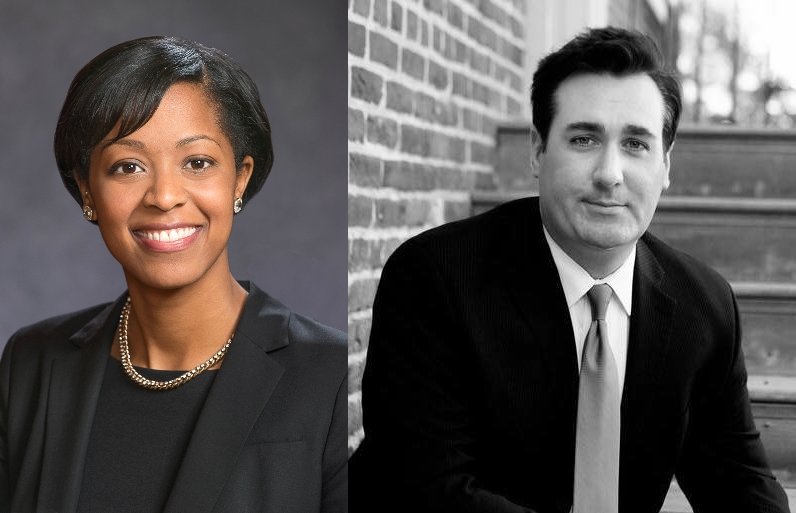 State Representative Sean Lynn has announced on his Facebook page that he will not be running for Attorney General, and will instead run for reelection as the Representative of the 31st RD.

While I am extremely grateful for the confidence placed in me by many of my fellow Delawareans, who believe that my service to this State could include taking on this vital role, the unfortunate truth is that the timing of such an arduous campaign is simply not right for me, my family, my “work family”, or my Clients.

Mr. Lynn also has his own law practice in Dover.

Meanwhile, Chief Deputy Attorney General LaKresha Roberts has resigned her position in the AG office, and announced that she will be running to replace her boss, Matt Denn.  Roberts also has served as the Director of the Department of Justice’s Family Division,  prosecuting juvenile delinquency and domestic violence cases as well as representing the Division of Family Services and Division of Child Support Services in civil matters.  She was appointed by Denn to be the Chief Deputy AG in December 2016, and in that position she served as advisor to Denn, overseeing the work of the Department’s five divisions of over 200 attorneys, and assisting in managing the operations of the Department. She has spent her entire career as an entire with the Department of Justice, since 2008.  She is a native Delawarean, graduate of William Penn High School, of Pace University with a bachelor’s degree, magna cum laude, and of Delaware Law School with from Pace University and a Juris Doctor from Delaware Law School.

1 comment on “AG Race: Sean Lynn Out, LaKresha Roberts In”