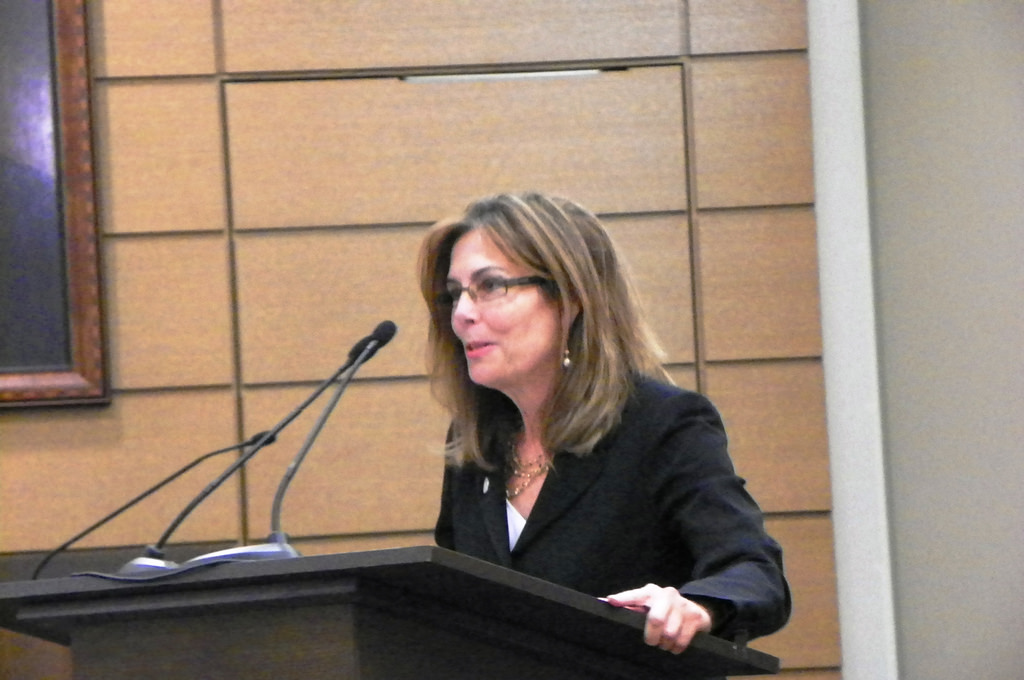 When Attorney General Matt Denn announced his intention not to run for reelection last year, it was assumed that former Deputy Attorney General and Chief Prosecutor and current New Castle County Chief Administrative Office Kathleen Jennings would immediately jump in and announce her intention to run.   After all, she was poised to run in 2014 after the former and the late Attorney General Beau Biden announced that he was not running for reelection in order to prepare to run for Governor in 2016 (although in reality he was retiring due to his cancer diagnosis and treatment that ultimately led to his untimely death later in 2015).   But then Lt. Governor Matt Denn jumped in the race and cleared the field of potential candidates.  Essentially Jennings was passed over.

So it was expected that she would jump at the chance to run this time.  But nothing came regarding her intentions for months.   Indeed, come November and December of last year, it was assumed that she was not running, and so the political players and powers that be began to make other arrangements.   Decades old retreads like Charles Oberly prepared to run.  A Tom Gordon flunkey, Tom Mullaney, announced his intention to run.   Senator Bryan Townsend and Representative Sean Lynn toyed with the possibility of a campaign (Townsend later demurred for a multitude of family reasons and the importance of the current General Assembly session that would require his full attention).   It was also rumored that Governor John Carney’s Deputy Legal Counsel, Chris Johnson, was looking at the race.

So now Jennings has decided to run:

New Castle County Chief Administrative Officer Kathy Jennings resigned her county post on Monday to prepare for a campaign for Delaware attorney general.   Jennings plans to “formally announce” her campaign in the coming weeks.  […]  “There is a lot of important work to be done: reducing gun violence, combating the opioid crisis, eliminating racial inequality in our justice system and protecting the rights of our residents from consumer fraud and civil rights abuses,” Jennings said in a written statement.

Does this clear the primary field?   Oberly has already endorsed her and abandoned any thought of a Back to the Future campaign.   It doesn’t really matter what Mullaney does.  I doubt he will get out of the race, but he is toast if he stays in.    I can see Chris Johnson and Sean Lynn still making the race (but not both, so a sit down will be required) because there if obvious dividing point for a potential one on one primary battle: the issue of the death penalty.   Lynn is an adamant opponent of the death penalty and a leader in the General Assembly on the issue.   Chris Johnson, should he run, is going to focus on criminal justice reform, and the death penalty.  If both run, they will divide the left and Jennings would win.  If one of them runs, then it could be a race.   Jennings, for her part, it seems like she is trying to have it both ways on the death penalty:

Ms. Jennings said she personally considers the death penalty a complicated subject. But she said she would seek to use it “for the worst crimes imaginable,” such as those perpetrated by mass murderers or killers of first responders, if she is elected and lawmakers pass a death penalty law.

The sound you are hearing is a door opening to a primary challenge.   So we will see.

1 comment on “Kathleen Jennings to run for Attorney General”